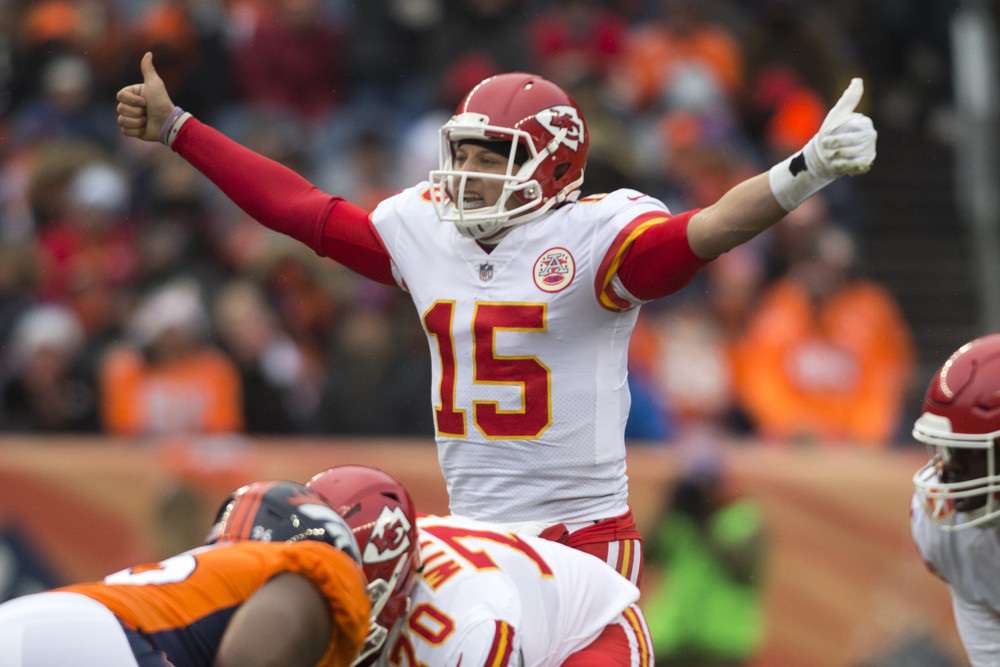 Dynasties are built around a quarterback. For both professional and fantasy football, quarterbacks are the longest term asset in the sport and provide the flexibility to keep your championship window open for an extended period of time. The difference between the third and 10th ranked quarterbacks in redraft formats is so small it’s advantageous to wait, but dynasty quarterbacks get a significant boost in value due to their longevity at the top of the position. The difference in value between DeShaun Watson and Jimmy Garoppolo is a perfect example. In my re-draft leagues, I will take Garoppolo at his 94.1 ADP every single day over Watson at 46.3, but in dynasty the thought of having 10-plus years of Watson as a Top 5 QB is so much more valuable then the upside Jimmy G offers.

The best approach to dynasty rankings is to have two lists: one set of rankings for teams competing this year and next; and another list for teams in the rebuild phase. While there’s value in sitting in between and hoping to find a few breakout stars to move you into championship contention, I prefer the route of either saying I’m “going for it” or tearing it down and acquiring assets.

In order to provide one comprehensive list, I decided to rank dynasty quarterbacks by ordering them based on the maximum return you should expect to receive if you traded the player in a dynasty league. This doesn’t mean the player ranked second is a better fit for your roster construction then the player ranked third or fourth, but it is a way of valuing assets and setting expectations for what you should receive in return for a trade. An example for interpreting these ratings would be that you should expect to receive a better package for trading Tom Brady (ranked 13th) to a championship contender, then you would if you were to trade Baker Mayfield (ranked 16th) to a rebuilding franchise. While Brady’s long-term future is one of the biggest question marks in the sport, if a contending team needs an upgrade at QB to win this year, the leverage is in place to get a massive haul for Brady. With that brief primer out of the way, let’s dig in to our top dynasty quarterbacks.

It’s time to make all the preparation pay off! Head on over to Fantrax to start or join a Fantasy Football league. Fantrax can work with virtually any league format you can dream up.

1. Aaron Rodgers (Green Pay Packers; Age – 34)
2018 is going to be the Aaron Rodgers Revenge Tour. He’s healthy and now has a capable running game in Jamaal Williams and Aaron Jones for the first time in his career in Green Bay. Rodgers is loaded with weapons on the outside with Davante Adams, Randall Cobb, Jimmy Graham, and a few high upside receivers in Michael Clark, Geronimo Allison, and Equanimeous St. Brown. Even in a start-up dynasty draft, I’m comfortable taking Rodgers as the first QB off the board.

2. DeShaun Watson (Houston Texans; Age – 22)
I’m still a skeptic to the legitimacy of Watson’s monster 2017 debut, but the combination of age and performance is worthy of an early gamble. I don’t doubt Watson’s fantasy relevance for the next 10 years, that is safely in play, but I do wonder if he ever will be a Top 3 quarterback in any full season.

3. Russell Wilson (Seattle Seahawks; Age – 29)
Wilson gets the nod over Wentz for the No. 3 spot due to reliability and the certainty he brings in the short-term. Wilson has to do so much for the Seattle offense, his production should be very consistent from week-to-week.

4. Carson Wentz (Philadelphia Eagles; Age – 25)
The injury is still looming but signs are pointing up as Wentz will begin the season on the active roster and not the PUP list. A Week 1 start is still not guaranteed, but his stock is creeping up as more good news continues to come out of camp. Wentz is at the helm of an explosive offense and has both the passing and rushing numbers to be an elite fantasy option. At just 25 years old, he’s a franchise player in dynasty.

5. Cam Newton (Carolina Panthers; Age – 29)
Cam is in a new system this year, so Newton’s stock is volatile at this point in time. If it clicks right away and Christian McCaffrey, Devin Funchess, and Greg Olsen go bonkers Newton could end the year as the top QB in the fantasy game and he’s still just 30 years old. If it takes some time to gel, the heat will really be on Newton with three down seasons following his MVP campaign. Consider me on the optimistic side that Newton returns to fantasy dominance and is a great investment in dynasty leagues while his stock is down relative to recent years.

6. Jimmy Garoppolo (San Francisco 49ers; Age – 26)
Usually, I want to see the production for a more extended period of time, but everything seems to be lined up just right and I’m willing to invest heavily in Jimmy G. after only a five-start sample. Kyle Shanahan is a wizard and with the addition of Jerick McKinnon and Trent Taylor, there are enough weapons for the 49ers to build off the 5-0 record under Garoppolo in 2017.

7. Marcus Mariota (Tennessee Titans; Age – 24)
Mariota has 42 starts under his belt and he doesn’t turn 25 until the end of October and has a new coach/system that should be more aggressive than in years past. Mike Vrabel is the new head coach of the Titans and the third of Mariota’s career. I’m very high on Mariota’s fantasy future and think he’s one of the most undervalued assets in the game, he could take off in the next year or two and reach stratospheric heights.

8. Kirk Cousins (Minnesota Vikings; Age – 30)
Cousins in Minnesota is such a great fit, it could be a prosperous next three seasons for fantasy owners. With Stefon Diggs and Adam Thielen consistently lining up against the weak NFC North defenses, and the return of a healthy Dalvin Cook, the Vikings offense is going to offer a ton of fantasy goodness. Cousins looks like one of the safest QB picks in both re-draft and dynasty formats.

9. Jameis Winston (Tampa Bay Buccaneers; Age – 24)
Winston was sneaky good last year and his injury masked his season totals from truly standing out.
He’s still only 24 years old and with some new weapons in the running game, it will be interesting to see if Winston can put it all together this year for a Top 5 performance in fantasy.

In the 11 games last season where Jameis Winston played 90%+ of the snaps, he averaged 307 yards, 1.7 touchdowns and 1.0 interception for a 18.9 fantasy point per game average. Had he played at that pace for a full 16-game season, he would have finished as the No. 2 quarterback.

10. Jared Goff (Los Angeles Rams; Age – 23)
It’s been beaten death with what Sean McVay did in Los Angeles, and it is easy to move Goff quickly up draft boards as a result, but I caution a bit of restraint. Goff still ranked only 17th in completion percentage (62.1%), and despite finish 2nd in adjusted yards per attempt (8.5 AY/A) he still only finished tenth in passing yards (3,804 yards) and tenth in yards per game (253.6 YPG). This is clearly Todd Gurley’s offense so the fantasy production isn’t necessarily going to follow Goff.

11. Andrew Luck (Indianapolis Colts; Age – 29)
He’s trending towards being fully healthy to start the season after news broke that he will play in the pre-season opener and it looks like we can stop playing the guessing game on his health. Luck’s effectiveness after a 19-month layoff is still anyone’s guess. His weapons currently include T.Y. Hilton, Marlon Mack, Chester Rogers, Nyheim Hines, and Jack Doyle, which may not seem great on the surface but there is a lot of athleticism there and if Luck is firing on all cylinders these could be league-altering fantasy players. I’m down on Luck relative to other rankings due to the injury history and my general aversion to risk in a spot like this, but if you have full confidence in Luck’s return to form in 2018 then a Top 5 ranking is not out of the question.

12. Pat Mahomes (Kansas City Chiefs; Age – 23)
I cannot wait for the Pat Mahomes experience. He’s the stuff that dynasty quarterbacks should be made of. There is so much speed and athleticism at the skill positions and Mahomes has an absolute hose and ability to make big plays. My short-term expectations are extremely volatile game logs, but two years from now we could be looking at a consistent Top-5 fantasy option at quarterback. You’ll have to pay up for him and take a hit in value in the short-term, but Mahomes has the combination of talent and situation where it is a worthwhile risk.

The Rest of the Dynasty Quarterbacks