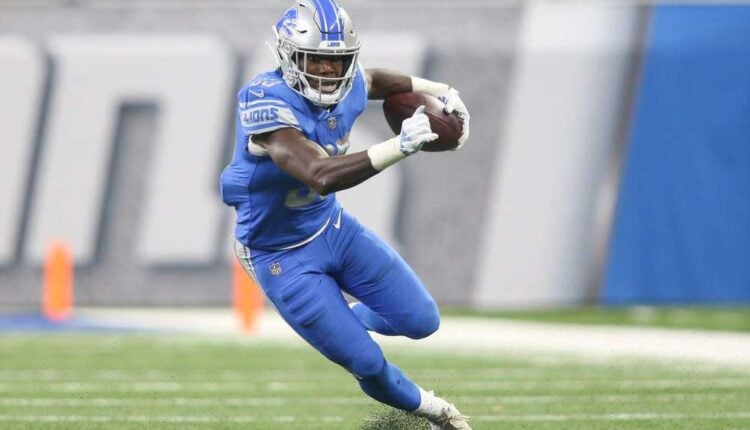 By popular demand, I am here to answer your keeper questions. When I issued my Fantasy Football Keeper League Tips and Strategies article recently, the comments section became heavily populated with your questions and my answers. So I decided to tackle many of your posts in this column, and if you still have more keeper issues, fire away in the comments section of this article, too. I’ll get to as many as I can to help you make your decisions. I’ve made sure to answer these questions in great detail so all readers can benefit from the analysis.

The King’s Keeper Call: I am definitely leaning Johnson and Michel here, two fine double-figure round values. Johnson may be on the precipice of an RB1 season as the Lions lean heavily on the running game and he is also versatile and efficient. Michel can play near an RB1 level when healthy and is a rock-solid RB2 choice. Fuller simply gets hurt too often and is more of an injury concern than Michel. Washington had a great preseason but must prove he can get it done when play begins for real, and Donte Moncrief is still ahead of him on the depth chart.

Rawdag: I’m in a 10-person league and we can keep one player. PPR league I have the fifth pick in a snake draft. Who do I keep? Kerryon Johnson in the 11th round or George Kittle in 13th round?

The King’s Keeper Call: This is not an easy call, as you have already read my scouting report on Johnson. But Kittle is an outstanding value in the 13th round and one of the precious few elite tight ends. Keeper decisions are not always about straight value when rounds are attached but in this situation it is an easy tiebreaker.

Andrew: Is keeping Mahomes a bad idea? It is between him. Antonio Brown and Gurley. There are no round penalties attached.

The King’s Keeper Call: I don’t usually recommend keeping QBs when matching them against top RBs, WRs, and TEs, but that rule does not apply to every situation and player. Gurley is out of the picture immediately here because of his health concerns. I am not overly concerned about Brown’s off-field issues, I still believe he will show up and perform well when it counts. He is a durable superstar with great instincts and a tremendous work ethic. So I will keep him over Mahomes, but it is not a slam dunk. Keeping Mahomes is not a bad idea, but not the top call in many cases over top RBs and WRs.

Joe Ruckland: In a 10 team, two QB, half PPR keeper league where we can keep up to four players, I am keeping Alvin Kamara and James Conner for sure. Deciding between two of the following: Baker Mayfield (18th round), Damien Williams (10th Round), Zach Ertz (11th round) and Adam Thielen (ninth round).

The King’s Keeper Call: Ertz is the immediate first keeper, as getting the opportunity to hold onto an elite TE at that value tag is essential. Mayfield has the best pure value overall, and this is a two-QB league, so he gets the other nod here. Starting your draft with a QB and TE likely makes your RB and WR outlook a little less appealing, but you will have a possible breakout passer and a coveted TE and you just cannot throw that opportunity back into the player pool. If this was a one QB league there is no way I would recommend Mayfield as the keeper.

Ptown D – Playing in 12-man keeper league. I have Melvin Gordon in the first round, Tyreek Hill in the second, JuJu Smith-Schuster in the fourth and David Johnson in the eighth. Who would you keep? I’m having a tough time figuring it out.

The King’s Keeper Call: Gordon would be worth his draft value if he was not holding out, and Hill is definitely worth his, too. But JJSS and Johnson are better values with elite player appeal, so it comes down to the two of them. Many Fantasy players have been burned by Johnson before and are wary of building their teams around him. But he has a strong chance to reclaim top-shelf status this season in a revamped Cardinals offense. I would keep Johnson since he has four rounds of value over Smith Schuster, who is indeed hard to throw back into the player pool.

Michael Scott – Keeper league here, we have three keepers. I have Saquan Barkley, Davante Adams, Damien Williams and T.Y. Hilton. Which three should I keep?

The King’s Keeper Call: I am sure you quickly deduced on your own that you must unquestionably keep Barkley and Adams. So it comes down to Williams vs. Hilton, and both players have elicited doubts in Fantasy circles. Some owners are concerned about a committee in Kansas City while the loss of Andrew Luck obviously hurts Hilton’s outlook to the point where he goes from a Fantasy WR1 to a Fantasy WR2. Williams, however, will remain the lead RB in Kansas City and will get most of the work. He will be the top TD option and get the majority of the touches on the best offense in the NFL. Keep Williams over Hilton.

Cole Taylor – I’m in a 12-man keeper league. No draft penalty, reverse snake. I am picking 11th in first (keeper pick). then will be picking second in the second round. I have Todd Gurley and James Connor. Who do I use as a keeper? I also have Travis Kelce but thinking about keeping him in the second because I won’t pick for a while after that. Thoughts here as well?

The King’s Keeper Call: Conner over Gurley easily. Conner is a Top 5 RB this year and has no health concerns as Gurley does. If you can only keep one it is a close call between Conner and Kelce. But I will take the RB1 over the TE1 because you have to start two and you cannot pass on a chance to get a top-shelf RB if you have it.

The King’s Keeper Call: In a yearly league I still have Brown higher as I indicated before. So this is a very tough decision. I do want Kelce in the longer term though, as he is the top player at his position every year and is more stable for the longer term. While I have no real worries about Brown this year, I do have concerns that his antics could have more of a negative impact down the line, especially when he gets older and an organization may eventually see him as less tolerable.

Adam – One keeper league. 12-team half-PPR. My choice is between Kerryon Johnson in the sixth round or Kittle at eighth round. What are your thoughts? Leaning Kittle, as a Top 3 Tight End in Round 8 seems like a great value but a potential RB1 in Round 6 seems impossible to not take.

The King’s Keeper Call: If this seems like a close call, then you have to yield to the player with the lower round attached and that is Kittle. For me, though, it’s unquestionably Kittle. The TE position is so thin and he is the second-best player at the position. As much as I like Kerryon Johnson, he is an RB2 until we actually see him perform at an RB1 level over a full season.

Mark – Keeper question. Julio Jones in the first or James White in the 10th? If I keep Jones and White, White gets dropped to an eighth-round pick.

The King’s Keeper Call: Jones is definitely worth the first-rounder, so you should not throw him back into the player pool. If this is a PPR league, I would definitely keep White. He was a Top-10 Fantasy RB in PPR for a good chunk of the 2018 season.

The King’s Keeper Call: I am not concerned with who else is being kept, just what is best for your team and outlook. Ridley is a terrific value selection in the 12th. He could be headed for a true breakthrough season in 2019 with a healthy boost in receptions. Johnson is definitely worth a fifth-rounder as he may reclaim his spot among the elite Fantasy RBs in 2019. So then it comes down to Mayfield or Johnson. Mayfield is the better value, but Johnson is the more coveted Fantasy commodity as a top-end RB2. But ultimately, a seven-round difference between the two sways the choice in favor of Mayfield.

Got more keeper league questions? Post them in the comments below and the King will do his best to get to them all.