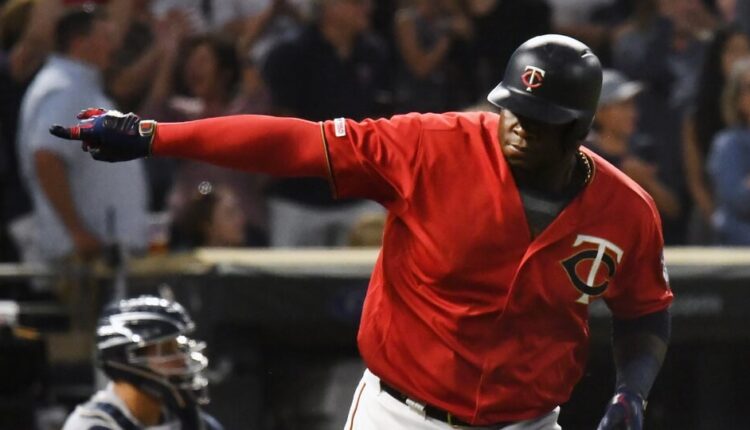 On tap this week are two hitters with skill sets as polar opposite as, well, the North and South Poles, I suppose. Miguel Sano is one of the hardest hitters in the league and has become one of the Twins best hitters over the second half. Mallex Smith has fewer home runs in his career (12) than Miguel Sano has since July 1st (14). Steals are the rarest commodity in baseball this year, however, while home runs are ubiquitous. Let’s look at how to determine these player values.

To say that Miguel Sano’s early career has had some turbulence would be an understatement. The 26-year-old Twins third baseman has endured Tommy John surgery, a rod inserted into his leg, weight issues, a demotion, and other alleged off-the-field transgressions. Now in his fifth year with the Twins, Sano didn’t get his season underway until May 15 due to a heel laceration which got infected. He cut his hell celebrating a Dominican Winter League championship, of all things.

Even after he returned, things were not looking very good. From May 15 until the end of June, Sano slashed just .214/.301/.556 with 12 home runs and seven doubles. He was (and always will be) prone to strike out a lot. His career K% is a whopping 35%. He offsets the strikeouts a bit with a career 12.1 BB%. During this first stretch of the season, however, Sano’s K% was an obscene 39.9%. Things were ugly.

It was at the end of June that Miguel Sano and the Twins decided that enough was enough. He began working on his swing mechanics, which is a difficult process in the middle of the season. It’s no surprise that June was his 2019 nadir, with a .290 OPS and 41.9% K%. Fortunately, much like Andy Dufresne, Miguel Sano crawled through 500 yards of filth and came out clean on the other side.

On the season, Miguel Sano has the fifth-best rate of barrels per plate appearance in MLB, at 11%. That lands him just a smidge behind some guy named Mike Trout. Sano is also third in the league in average exit velocity, trailing only Aaron Judge and teammate Nelson Cruz. The more the Twins see of this consistent production from Sano, the more confidence they will have in his bat. The more confidence Rocco Baldelli has in Sano, the more likely he is to hit in the middle of that powerful lineup. It’s been a tumultuous ride, but we now have hope that Miguel Sano is turning into the star we expected him to be. And hope is a good thing, maybe the best of things, and no good thing ever dies.

It may perplex you to see Mallex Smith in the Icebox this week. The dude has stolen seven bases in August alone! Well my friend, how much do you value those steals? In all other categories this month, Smith has been dreadful. He is batting .211/.291/.324 with no home runs, nine runs, and five RBI.

Mallex Smith came into the year with five career home runs. Okay, so we aren’t expecting any power when we draft him. He was expected to be a bit more than just a rabbit, though. Smith was coming off a season in which he hit .296 with a .367 OBP and scored 65 runs in 141 games. Unfortunately, Smith has seen his line drive rate drop 4.2%, and with hard contact way up across the league, is still a slap hitter. Thanks to a 28.2% hard contact rate and a worm-killing batted ball profile, his five home runs in 2019 put you way behind in the power category.

Perhaps even more concerning is the 2.7% drop in contact and a 3.0% drop in Z-Contact%. That has led to a shocking 7.6% increase in Smith’s strikeout rate. Things were so bad that Smith was demoted, even from the lowly Mariners, in late April. None of the Statcast metrics favor him too well, aside from valuing his wheels, obviously. Oh, and the yet-to-become-fantasy-stat-category, “Outfielder Jump”. I mean, look at it. Will ya just look at it! 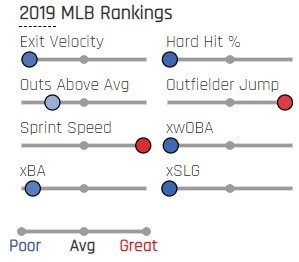 According to ESPN’s Player Rater, Mallex Smith has actually been the 63rd best fantasy hitter in 2019. That is despite being a huge negative in home runs and batting average. Then again, Rotowire has Smith as “earning” -1$ this season despite the league-leading 36 steals. Despite his shortcomings, there is a place for Smith on every roster that needs speed down the stretch. Looking forward to 2020 is a bit murkier. Smith’s defense and lack of contact ability is costing him playing time. Depending on what Seattle rolls out next spring, Smith could be stuck with a part-time gig not unlike what Billy Hamilton ran into in his later years with Cincinnatti. With steals as rare as ever, you will need to be very strategic in drafting a team with Mallex Smith.

Are you onboard with Nathan’s take on Miguel Sano and Mallex Smith? For more great analysis from Nathan check out his full archive.