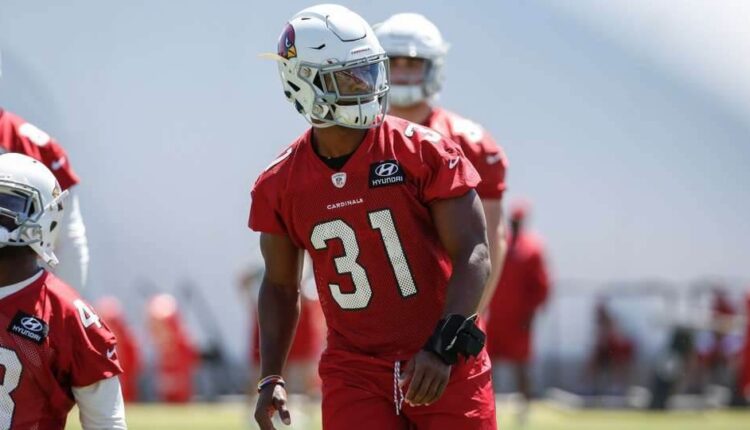 The time is coming for some of you soon to decide on your 2019 Fantasy Football Keepers. No two keeper teams are alike and you all have unique concerns when trying to decide on who to carry over. Every single situation is different and your keeper league strategy has to adjust as well.

Don’t Think Too Far Ahead

Many leagues penalize an originally drafted round to retain your keepers, and some simply have a limit to how many players you can carry over every year. Others have dollar values attached and some even utilize contract structures. If you are carrying over most or all of your players, then it is truly a dynasty league, not a keeper league. We will focus on keeper formats specifically here.

What some keeper league owners lose sight of is that you want to win this year, and not just focus on the future. Remember that the NFL jokingly stands for “Not For Long”, and careers can be shorter at a position like running back. There are various studies I have seen that are all over the board, and this one says the average NFL career lasts 2.5 years, although the average career for a Pro Bowl player is much longer. Another here clearly confirms RBs have the shortest careers.

So keep the short term and the upcoming season heavily in the forefront of your mind when you are making your decisions on who to both retain and draft. Also, of course, your scoring system and roster setup are directly tied to all calls that you make.

If your league requires you to surrender a draft choice for any keepers you retain, then your keeper league strategy comes down to a combination of player values and round pricing. When considering very elite players, you should be willing to sacrifice the high round you have to pay. You may have a lower value attached to a lesser player, but the guy with the high round tag is likely much harder to replace.

For example, say you have a choice between keeping David Johnson at a first-round tag and Devonta Freeman with a fourth in a PPR format. Johnson can likely return significant RB1 value this season while Freeman is a long shot to do so and will likely be an RB2 if healthy. Pay the price for the RB1 type. If you throw Johnson back into the player pool he will be selected very high in the first round anyway. Be willing to sacrifice what guys are actually worth, just don’t retain your two or three players who have the lowest rounds attached to them with respectable appeal. It’s ultimately about deciding on what each player is actually worth.

Many owners by default do not want to sacrifice early round choices, but in many cases, they were drafted early because they provide the requisite production. You want to have the best players on your roster when the season begins, not just the best values.

If you come down to a tight decision between two players to possibly retain, lower value will likely often win out in cases where the rounds attached are close together. But if the rounds are far apart, you have to ask yourself if the quality of the players are as well. In those cases, the higher round sacrifice will often win out.

In leagues where there are no penalties attached, it becomes seemingly much easier, as you just want to retain your top two or three players. But it is never as easy as described. Once again, you are faced with tight decisions. Many of them I see involve taking a second standout at one position versus a needed first player at another spot.

For example, you may clearly view Michael Thomas as your top keeper. But your league only allows you to retain two players, and the second choice is between Adam Thielen and Joe Mixon. If you retain Thielen, you will look “front loaded” at the WR1 position, but if you don’t keep Mixon, you are missing out on an RB1. It’s more important, ultimately, to fill the first spot at a position in many cases than to have the luxury of a top player for a second slot at another position.

Positional depth will come into play heavily in all of your keeper league decisions and make the choices apparent. The very elite RBs and top WR are the most scarce, while QB is generally regarded as deep in any format. How many players you start at each position is a big key. If you start two QBs and three WRs, both positions have good depth, but you still have to start more WRs than QBs and that is something to strongly consider. TEs are generally not top keepers outside of the best three at the position.

If you are dealing with dollar values, you can treat that very much like rounds attached. In the case of contracts, you will have to decide on dollar value and length. If a guy is in his final year with you, and he can help you win this season, you have to strongly consider keeping him for the final season even if he is not a younger player. If a player is in his apparent prime, don’t sweat the contract length this season. If a guy is still unproven, like a Corey Davis, you may have to think about moving on.

Also, put ages into correct perspectives. Many Fantasy players consider 30 the age when an RB starts to decline, but it is more about past workload. Mark Ingram is 29 but has not been a full-time featured runner yet, and is just now getting that opportunity with Baltimore. The theory is not absolute and does not apply to every single player. That age of 30 is not “old” for a WR or QB, either.

When making keeper league decisions, avoid guesswork and focus on your own roster. Many keeper league owners spend too much time guessing on who others may keep when it’s often a wasted exercise. You can never fully predict who else is going to be kept and asking other owners who they might keep won’t always draw truthful replies. Simply be well aware of the overall positional depth and focus who is on your own team.

If you are entertaining pre-draft trade offers, remember that a first round pick is more glamorous sounding than it really is. If your keeper league allows for three keepers, you are only getting first crack at rookies and the loose equivalent of fourth rounders in a yearly league. Most rookies don’t have the appeal of a first to third round pick, and none of them might this year.

After you have made your keeper decisions, then the draft is simply about building around that core while keeping much of the same guidelines in mind. Don’t look past seasoned veterans who will help you win now, and when making tight decisions between two similarly appealing players at two positions, fill out the higher starting slot first. Complete your skill position starting lineup before addressing bench depth.

How to Identify a Sleeper in Fantasy Football