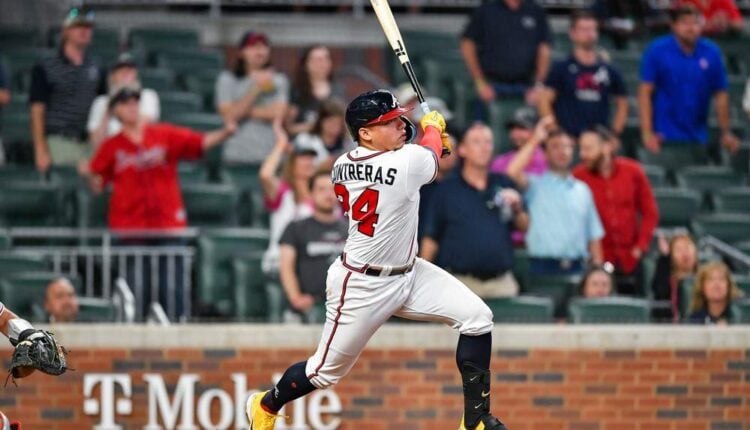 We are back with another edition of “Statcast Standouts.” I apologize for the lack of content as of recent. I have had a lot going on in my personal life. But, it is good to be back with you guys as we discuss some statcast standouts.

I have updated my exit velocity leaderboard and examined the standouts in both 80th and 90th percentile exit velocity. The 80th percentile has the strongest correlation with future power. So in this article, we will look at several hitters standing out in that area that could see a power boost before long.

Oscar Gonzalez has been a pleasant surprise since being called up by Cleveland in late May. Gonzalez hit the ground running with nine hits in his first five games and has not slowed down much since. Through his first 91 plate appearances, Gonzalez currently has a .337/.370/.477 slash line. He has just one home run so far, but he does have ten extra-base hits which is encouraging.

Gonzalez does not have a great track record with stealing bases (just one since 2019), but surprisingly, his sprint speed ranks 92nd percentile. Pair that with the fact that he puts a ton of balls in play thanks to a low walk and strikeout rate, and you have the makings of a hitter who can sustain high batting averages. Last year between Double and Triple-A, Gonzalez posted a .293 batting average. 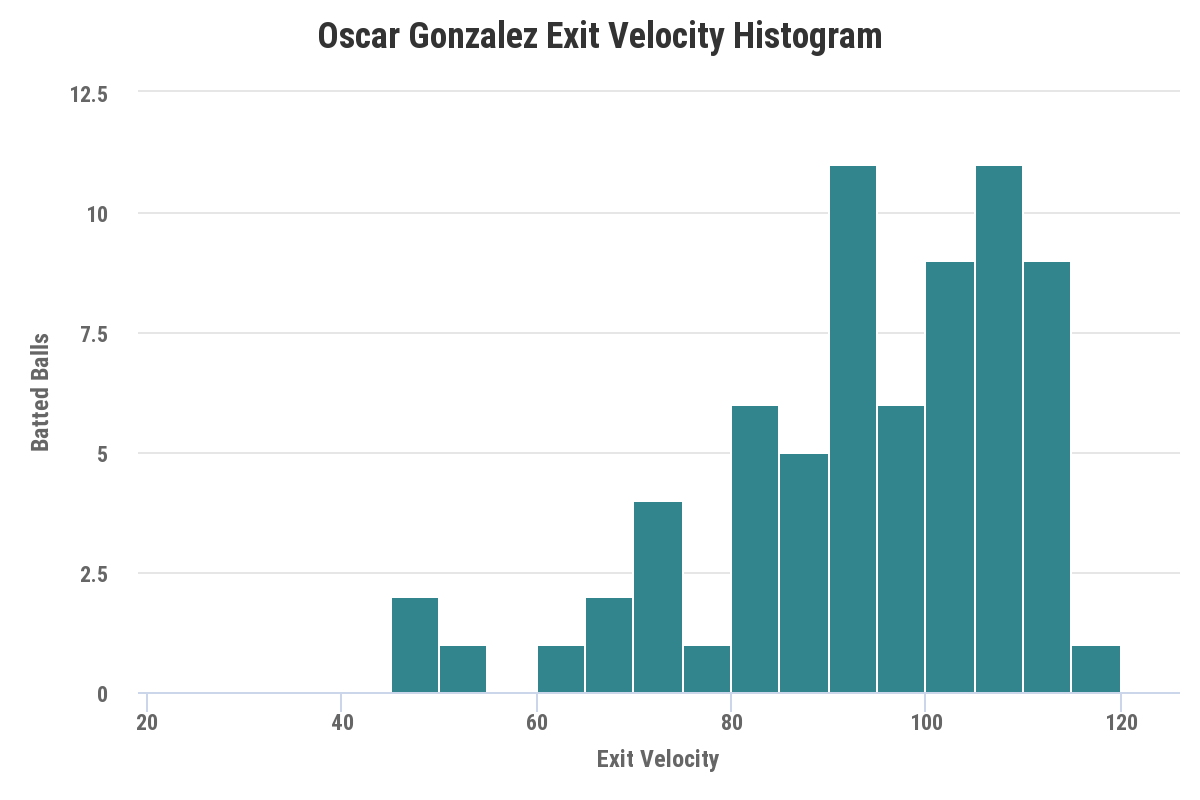 That means that if Gonzalez can get his ground ball rate down in the 40 percent range where he has lived throughout his career, you could see the home runs come. Gonzalez has a career flyball rate north of 30 percent, but his current flyball rate is 20.3 percent. All that to say that more home runs are coming for Gonzalez.

Like Gonzalez, William Contreras has been another pleasant surprise hitter this season. Unlike Gonzalez, the home run power has been there, though. Contreras currently has a slash line of .284/.360/.627 with nine home runs in 114 plate appearances.

His playing time is inconsistent as the Braves have Travis d’Arnuad also behind the dish, but Contreras is finding starts several days a week at catcher or designated hitter. When he plays, he is hitting!

Contreras checks in at 14th among all hitters in 80th percentile exit velocity. His 18.8 percent barrel rate would rank sixth among all hitters if he qualified. Contreras is hitting the ball hard, and his 39.1 percent home run-per-fly ball rate is sure to come down. But, Contreras is capable of producing big power numbers. The Braves need Contreras’ bat in the lineup regularly, so do not be surprised if he begins to play more consistently.

Ezequiel Duran was a prospect who I always really liked throughout the Minors. He always showed a good feel to hit and underrated power. When he was traded from the Yankees to the Rangers, it opened up a path to playing time sooner rather than later for the infielder. Duran has shown the ability to play second and third base and shortstop. He has seen the most time at third base in Texas.

At the plate, Duran has been nothing short of impressive. He currently owns a .291/.316/.491 slash line with two home runs and two stolen bases. His 62.5 percent ground ball rate is undoubtedly an issue, but considering he has lived near the 30 percent the last two seasons before his MLB debut, you can expect that to trend downward.

Duran’s batted ball data has not been overly impressive. He has just one barrel and an 88.5 mph average exit velocity. While he may not stand out quite as much as the two other hitters in this article, Duran’s 80th percentile exit velocity ranks 48th among all hitters. He has shown he is more than capable of getting to power, and Duran could be a sneaky power/speed threat for fantasy purposes moving forward. He is well worth rostering in 15-team or deeper leagues.

Thanks for stopping by to read my latest “statcast standout” article. Be sure to check out all our other great work on FantraxHQ.