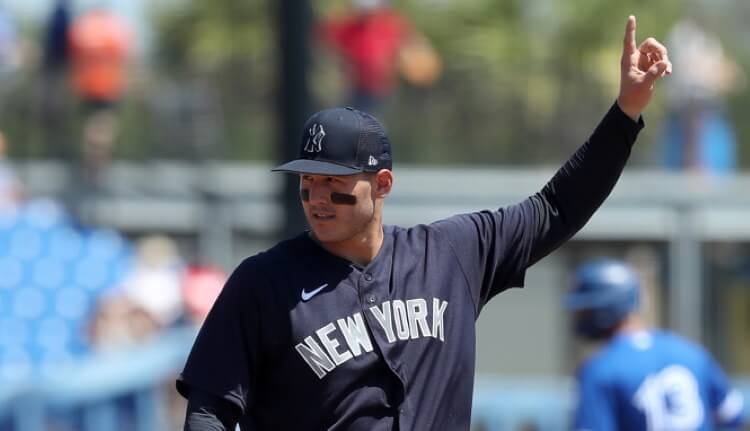 Week 11 of the MLB season is in the books, and we have more offensive standouts to discuss. In addition, while highlighting a few rostered players in most leagues, the article will also highlight some players that may not be on everyone’s radar unless you play in deeper leagues. So dig in and decide if the production is just a hot streak or something to invest in moving forward. First, let’s look at five hitters that had an impressive week and what we should do from a fantasy perspective.

It was a slow start to the season for Cronenworth, and it almost made me revoke the nickname “Rake.” Well, Cronenworth has made that crazy idea go away with his recent performance, including this past week, where he hit safely in all seven games with six multi-hit games. In addition, Cronenworth had six doubles over the week and walked 11.4% of the time while only striking out 5.7% on his way to a 289 wRC+.

In June, Cronenworth raked to a .377 batting average with 14 extra-base hits, including four home runs. In addition, he has scored 18 runs while scoring 22 over the 20 games with a 218 wRC+. The Padres are leading the NL West, and Cronenworth is a significant part of their success as he is on his way to another solid fantasy season.

Quite a solid week for Rizzo, and all the damage was not done only at home for once. He hit safely in five of six games with three home runs. Rizzo drove in seven while stealing two bases and showcased great plate discipline walking 13.6% of the time and only striking out 4.5%. Rizzo was extremely locked in this past week as he barreled the ball 25% of the time with a 50% hard-hit rate.

Rizzo is only hitting .238 on the season but does have 19 home runs and six stolen bases. He is enjoying the short porch in the right field at Yankee Stadium. Rizzo has also scored 42 runs while driving in 49 and could be on his way to 30+ home runs and 100+/100+ runs and RBI. A monster season for Rizzo when so many were letting him fall in fantasy drafts.

With Ozzie Albies fracturing his foot and heading to the IL for a couple of months, Arcia has asserted him into the second base role and has been flourishing. He hit safely in four of five games with two home runs, a 10% walk rate, and a 264 wRC+. Arcia barreled the ball 13.3% of the time with a 53.3% hard-hit rate which is close to his season stats of an 11.3% barrel rate and 50.9% hard-hit rate. Arcia has locked in again and should be in line for all the playing time at second base than he can handle for the foreseeable future.

The legend of Jon Berti is growing rapidly across the fantasy baseball landscape. This past week he hit .333 with SEVEN stolen bases!!!! Berti is running wild for the Marlins. He will not hit for a lot of power but will help in most of the significant ROTO categories. In June, Berti is hitting .300 with no home runs but ten runs scored and 14 stolen bases. He has been playing regularly due to injuries with the Marlins, but it will be tough to take him out when they return. Berti is that stolen base unicorn we all look for and could help someone win a fantasy title this season.

O’Neill was off to a slow start to the season and then hit the IL with an injury. Sometimes a little break on the IL is just what a player needs to get going. This past week O’Neill hit .375 with a home run and two stolen bases. He barreled the ball 5.3% of the time with a hard-hit rate of 52.6%, which is what we want to see as well as an excellent 19.2% strikeout rate which is much better than O’Neil’s normal rate.

Since returning from the IL on June 7, O’Neill is hitting .354 with two home runs and three stolen bases with a 23.1% strikeout rate. If the strikeout rate stays low and the speed continues, we could see a 20/20 season in the works for O’Neil, and many fantasy managers breathe a sigh of relief after his slow start.