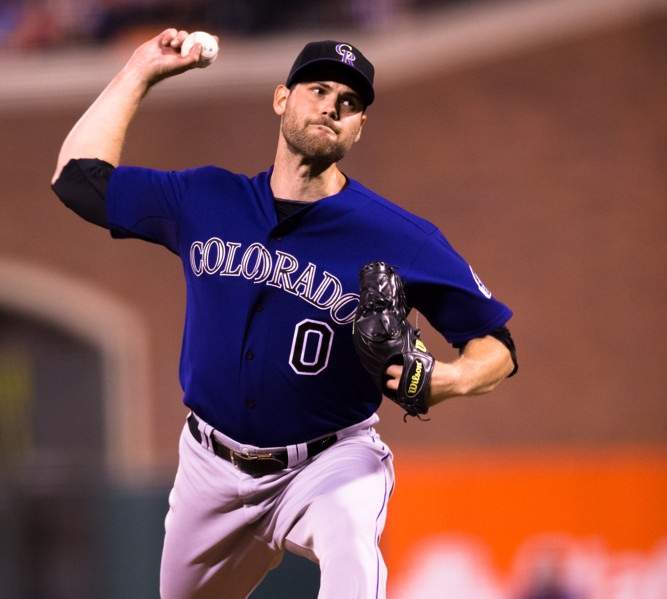 Those of us who have played in NL- or AL-only leagues have known it for years, but middle relievers have largely gone ignored in most mixed leagues. It’s taken several dominant seasons by Andrew Miller and the emergence of Josh Hader to get people thinking about them as potential sources of fantasy value.

It’s understandable in some ways. Middle relievers don’t get the strikeouts or wins that good starting pitchers do. They don’t rack up the saves like the more heralded closers, and with relatively low innings totals, their effect on ERA and WHIP wouldn’t seem to help all that much. Conventional wisdom says middle relievers just don’t have a place in a typical 12-team mixed league. I’m gonna take this opportunity to tell conventional wisdom where to go with its false assumptions.

7 Reasons to Use Middle Relievers

No they don’t get 15 wins or 30-plus saves, but you can’t ignore the numbers they do provide. Don’t take my word for it. I took a little detour to the Fangraphs Auction Calculator. I set it up for a standard 12-team mixed league with nine pitching slots, using the final stats from 2018.

A typical 12-team league uses 108 pitchers at any given time. According to the Fangraphs Auction Tool, there were more than 25 middle relievers among those top 108 pitchers. These were not closers, though some of them did have a handful of saves. You know names like Josh Hader and Adam Ottavino, and maybe you’re not surprised by Collin McHugh, Chad Green, and Dellin Betances. Now try these names on for size; Jared Hughes, Jesse Chavez, Matt Strahm, Yusmeiro Petit… you get the idea.

This isn’t just a subjective ranking. There’s some variance in how dollar values are computed, but these values would not differ much from any other calculation. Too many Fantasy players spend their time focusing on the flashier stats and don’t realize how value is actually earned in Fantasy Baseball.

Fantasy value is a zero sum game. When value is lost by one player, it has to be placed on another. That’s what’s happening to middle relievers. Except for the top tier of elite options, starting pitchers are pitching fewer innings. That means they are in line for fewer wins and they’re getting a smaller share of the strikeouts (though strikeouts are up for all pitchers).

So where’s this value go? Well, some of it goes to the top tier of starting pitchers as they are now a rare commodity. The rest? Say hello to my middle friend. The decline of the middle class of starting pitchers, along with relievers getting a bigger share of the pie has narrowed the gap, with more crossover between the top relievers and the lesser starters.

So the decline of the average starting pitcher means an increasing number of middle relievers have positive fantasy value.

3. Middle relievers maximize the value of your best pitchers

Using middle relievers is one way to ‘game’ the system. In 5 X 5 leagues ERA and WHIP are 40 percent of the points you can earn in the pitching categories. Besides the help that good relievers give you in these areas, their relative lack of innings pitched also means the bulk of your ERA and WHIP stats are more heavily affected by your best starting pitchers. While other teams paid for six or seven starting pitchers, a few of which might actually hurt ERA and WHIP, you can invest in two top starters, two solid starters, and a few good relievers and easily dominate two of the five pitching categories. Of course you’re going to struggle in wins and strikeouts, but maybe not as much as you think. Especially early in the season when starters don’t pitch as late into games, relievers tend to vulture more wins and pile up Ks, while the starters are getting stretched out. More on using middle relievers early in the season with reason No. 4.

While more value has been put on the top starting pitchers over the last couple of years, many Fantasy players still choose to wait on pitching until the later rounds of their drafts. I tend to do this as I pride my self on finding some gems at the end-game. The shrinking of the starting pitching middle class is making this strategy tougher to pull off. You can definitely find value, but there is a reason these pitchers were still available in round 22. They typically carry huge risk. For every Miles Mikolas or Anibal Sanchez that gives you decent results, there’s a Lucas Giolito or Luke Weaver that blows up in your face. I’m always digging around for pitching gold and my ego says I’ll find it, but adding one or two good middle relievers let’s me keep my pitching sleepers in reserve until they prove their worth. So the middle relievers help give me a solid base in ERA and WHIP, allow my overall stats to be based on my best pitchers, and now they provide a safety net in case my high risk pitchers don’t pan out.

Sure everyone knew guys like Kenley Jansen and Craig Kimbrel would be among the top closers, but the list of saves leaders for 2017 is littered with relievers that weren’t exactly next in line. I’m sure you were all over Corey Knebel and Hector Neris in last year’s drafts, right? And you knew Felipe Rivero and Brad Hand were going to end the season as two of baseball’s best closers. By my count 17 MLB teams went through closer changes during the 2017 season. Sure some Fantasy owners will try prospecting the obvious “next in line” types, but you might just luck into saves just by rostering good middle relievers. The worst case is you have a head start when the vultures start circling the latest closer casualty.

6. Many starting pitchers have negative value

In my opinion, one of the most common mistakes in Fantasy Baseball is the overuse of lower level starting pitchers. Fantasy owners are chasing wins and strikeouts, but in the process give away precious points in the standings.

I think the main problem is that few owners actually know how player valuation works. They see pitchers like Michael Fulmer and Tanner Roark as a chance to pile up double-digit wins and jump all over that “value” in later rounds. What they don’t realize or at least underestimate, is that pitchers can have negative value. When a pitcher has a WHIP or ERA below that of your league average, it works against the value they produce in wins and strikeouts, possibly leaving that pitcher with negative value.

In 12-team leagues on Fantrax in 2018 the average ERA at the end of the season was 3.80. The average WHIP was 1.23. There are a ton of starting pitchers below these levels and they all had negative value in those categories. Some of those pitchers more than made up for it with 150-plus strikeouts, but many of these innings-eater types barely had more strikeouts than most good middle relievers.

I guess the lesson here is to know the damage that bad starting pitchers can do, and with pitching going through some strange trends, that means “bad” may not be as obvious.

7. Middle Relievers can be had for free

Was Matt Strahm rostered in your mixed leagues last year? Was he even picked up during the season? What about Jared Hughes? Collin McHugh? Yeah, this is cherry picking after the fact, but there are plenty of good relievers we knew about. Chad Green does it pretty much every year, as does David Robertson. Good middle relievers are not that hard to find and you can pick them up during the season as well. Let other people wast their 20th round pick on Sean Newcomb. You can get the same value from Jose Castillo (research him) in the reserve round. Take the free value and build depth elsewhere.

Ready to buy into middle relievers for 2019? For more great rankings, strategy, and analysis check out the 2019 FantraxHQ Fantasy Baseball Draft Kit. We’ll be adding more content from now right up until Opening Day!