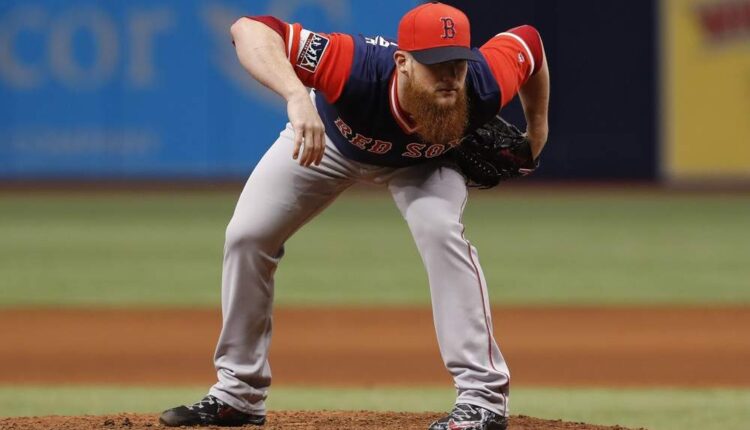 Never pay for saves! We’ve all heard that old mantra a few thousand times. Closer roles across baseball seem to be changing more often than ever over the last few years. Now toss in the concept of openers and ranking relievers for fantasy is just getting more confusing. Despite our frustration with MLB bullpens and the ways relievers are being employed, the category of saves is still 1/10 the possible points in a standard 5X5 rotisserie league. There’s also the fact that with starters pitching fewer innings in general, their impact on ERA and WHIP is not as extreme. Relievers are getting more innings and a bigger share of the stats across the board. Our 2019 relief pitcher rankings depict much of the uncertainty with the position. As usual we give our analysts a little time to pontificate.

Doug Anderson: My personal take on relief pitchers in fantasy has not changed much. I’m a big believer that elite relievers have an important role to play in fantasy baseball leagues of all sizes. And I’m not talking about just closers. High-strikeout low-ratio relievers contribute more than anyone thinks and they’re only getting more valuable with the changing landscape of Major League pitching.

Think you know the value of relievers? Check this out. I used the Auction Value Calculator at FanGraphs to run values for a 15-team mixed league using the final stats from 2018. Out of the top 100 values among pitchers, 18 of them belonged to middle relievers who were not primary closers for any extended period of time. Of course you know about guys like Josh Hader, David Robertson, and maybe even Collin McHugh. Check out some of the other names that were among the top 100 pitchers: Chad Green, Matt Strahm, Steve Cishek, Yusmeiro Petit, Diego Castillo, Scott Oberg. Scott Oberg? Yeah.

Now, I’m not sure what method the FanGraphs Auction Calculator uses to compute value, but I’ve used various methods over the years and the top middle relievers always pop up where we don’t expect to see them. Of course identifying those top relievers is not always easy, as the smaller sample sizes means there’s a lot of variance. Regardless, one thing is clear to me. Reliever – all relievers – are going to be playing larger roles in fantasy baseball than they ever have. Smart fantasy owners will take advantage of that. That should be you.

Eric Cross: With each passing season, relief pitchers become more and more valuable in both real life and fantasy baseball. Starters aren’t going as long as they used to (mush to my dismay) and then you have Tampa Bay using relievers to start games. What’s going on down there in your neck of the woods Doug? The changing RP landscape has altered my strategy, albeit, only slightly. I still don’t put a ton of weight on relievers in drafts or auctions. Ideally, one of my first 10 picks is a reliever. I want to grab one of the top 6-10 options to make sure I have at least one consistent option throughout the season. After that, I’ll mix in a couple guys from the next tier down and grab a elite setup man with good ratios and plenty of strikeouts in hopes that he might get the job later in the season.

Don’t worry if your bullpen isn’t up to snuff. There is so much turnover at the closer position throughout the season, whether it be performance base or via trades, that it’s not too hard to create a solid bullpen as the season wears on.

Nathan Dokken: The relief pitcher position is as dynamic and important this year as it has ever been since the dawn of fantasy. You’re not just rostering relievers for saves anymore, oh no. Now they’re opening games and tossing multiple valuable innings throughout the middle innings as well. The openers aren’t inherently valuable since they don’t really qualify for wins. However, guys like Josh Hader and Collin McHugh don’t pile up saves, but they’re still valuable because of their strikeouts, ratios, and workloads. We’re to the point now where rostering one or more of these relievers is more beneficial than drafting mediocre starters and praying for wins. Or drafting bad closers and praying for saves, for that matter. Fortify those ratios, baby. We’re still waiting for a lot of relievers to sign at this point in the offseason, so expect a lot of movement between now and Opening Day on the back half of this rankings list. There are some really nice closers in the top 15 or so, but fluid situations hold back the likes of Arodys Vizcaino and Seranthony Dominguez. More certainty in those roles would lead to value bumps.

Eric Cross has been writing for FantraxHQ since March of 2017 and recently became the lead MLB writer and prospect analyst for FantraxHQ. He also wrote for FantasyPros from June 2017 to September 2018. In the past, he also covered NFL and NBA for Fantrax. Eric was accepted into the FSWA (Fantasy Sports Writers Association) in March of 2018. Find him on Twitter @EricCross04 and ask away with all your baseball and prospect questions.

2019 Player Profile: Max Kepler’s Approach has Him on the Verge of a Breakout