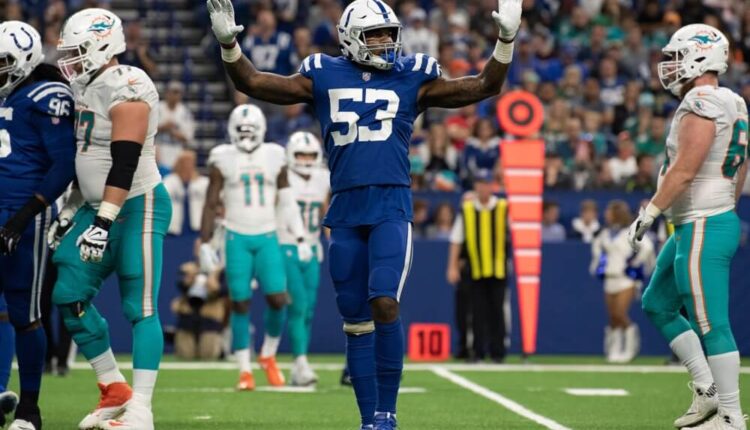 Gary Davenport breaks out his positional and overall IDP Rankings for Fantasy Football 2019.

Opening night is almost here. In just over a week, the Green Bay Packers will travel to Chicago to face the Bears in the season opener for the 2019 NFL campaign. With it will begin another season in IDP leagues, with high-end options like Bears linebacker Roquan Smith and Packers linebacker Blake Martinez taking the field.

With the big day so close, many IDP leagues have already drafted. But wise fantasy drafters wait as long as possible before drafting. That way, your team doesn’t get trashed when a big-name player like Los Angeles Chargers safety Derwin James goes down with a serious injury.

James isn’t the only fantasy-relevant defensive player who has gotten hurt in camp and the preseason, and injuries aren’t the only thing that has shaken up the IDP hierarchy—there have been camp battles that haven’t quite gone according to plan and even a surprise release or two.

Here’s a look at the top 75 defensive linemen, linebackers and defensive backs for the 2019 season, updated to reflect the latest injuries and preseason developments—and a top 100 overall.

NOTE: These IDP rankings are based on a fairly straight-forward setup. Scoring that leans toward tackle-heavy, with two starters at each of the three main positions and a “flex” spot or two.

Are you down with IDP? Then get your defense on because 2019 leagues are now forming at Fantrax.com!

If you use the overall top 100 as a “draft by numbers” blueprint, you won’t wind up with the worst IDP squad. But you won’t have the best, either. Scoring systems, positional requirements, and the flow of a draft are all important considerations. But if you’re on the fence about two players at different positions and one is 15 slots higher in the overall IDP rankings it can settle those ties quite nicely.

The depth along the defensive front is better in 2019 than the last few years, thanks to an influx of young talent and a scheme switch or two. But the magic work on the defensive line remains scarcity.

In a 12-team league with a setup like this, the last few teams to select a second starter will be taking a risk of sorts. It’s advisable to be aggressive on the defensive line. Drafting at least one top-10 option is a necessity. Drafting a top-eight guy is better. Top-five is better still.

And more years than not I try to secure the services of two dependable, top-15 starters.

For the most part, the defensive linemen have been unable to avoid any calamitous developments. But there are a couple DL2 of note staring at an uncertain start to the 2019 season.

In Houston, edge-rusher Jadeveon Clowney still has yet to sign his franchise tender, and there’s growing sentiment that once he does the Texans will trade the first overall pick in the 2014 NFL draft. I haven’t dropped Clowney in my rankings because I still fully expect him to be on the field for Week 1. However, depending on where Clowney’s playing, he could move up or down a spot or three.

The No. 2 overall pick in this year’s draft isn’t going anywhere—and that’s the problem. After spraining his ankle earlier this month, San Francisco 49ers defensive end Nick Bosa has been declared “%0/50” for Week 1. Bosa’s about as NFL-ready as prospects get at his position, but between the missed practice reps and his shaky Week 1 status Bosa has fallen just outside DL2 territory in 12-team IDP leagues.

In the vast majority of IDP scoring systems, the linebacker position forms the backbone of defensive lineups. They’re both the highest and most consistent scorers.

They’re the running backs of IDP—if this was 2009.

At least two of your first three defensive picks should be linebackers. In a format with “flex” positions you can bump that to three of the first four—you’re most likely going to want to flex a linebacker.

Nine times out of 10, I’ll have all my starting linebackers and defensive linemen before I consider drafting a defensive back—and as often as not I’ll have a reserve or two.

The linebacker position took a bit of a beating in the preseason, with a pair of weekly starters going down with major injuries. Avery Williamson of the Jets is done for the season after tearing his ACL, while Jarrad Davis of the Lions suffered a high ankle sprain that will likely sideline him until October at least. As if that weren’t bad enough, the replacements for both players aren’t especially clear, and it’s possible that both Detroit and New York will employ a rotation.

Some minor injuries have also clouded uncertain situations in places like Baltimore and Washington. It looked like Chris Board had won the right to start next to Patrick Onwuasor, but a concussion muddied the waters and offered youngster Kenny Young another opportunity to make his case. Shaun Dion Hamilton is similarly nicked up for the Redskins, and while I still have the youngster ranked higher than journeyman Jon Bostic, both are in the same tier and it’s Bostic who holds the most short-term value.

A case can be made for avoiding these muddied situations altogether where possible. Focus instead on low-end starters with clearer roles, like Cincinnati’s Preston Brown, Buffalo’s Matt Milano and Seattle’s K.J. Wright.

The depth at the defensive back spot dwarfs that of the other two positions. There will be startable matchup options available on the waiver wire well into the regular season.

There are going to be top-10 defensive backs who fall flat on their faces in 2019. And defensive backs ranked outside the top-40 (like Shawn Williams in 2018) who come from nowhere to post a big stat line.

It happens every single year.

The smart play at defensive back is patience. Let your league-mates reach for guys like Jamal Adams while you solidify your defensive line and linebackers. Then go for upside options in the later rounds.

If they work out, great. If they don’t, those matchup options will be waiting on the waiver wire.

There’s always volatility galore among the defensive backs, and the poster child for that volatility in 2019 is Minkah Fitzpatrick of the Miami Dolphins.

Entering the offseason, it looked like Fitzpatrick might be set to primarily play cornerback in 2019. Then injuries forced the second-year pro into a role as the team’s box safety. Now, after the somewhat surprising release of veteran T.J. McDonald, it appears that Fitzpatrick will move back to free safety while veteran (and one-time IDP stalwart) Reshad Jones slots at strong safety.

It’s a boost to Fitzpatrick’s IDP value, and there should be opportunities to produce at the back of a bad Miami defense. The constant musical chairs at safety for the team and Jones’ awful 2018 makes it hard to trust either Jones or Fitzpatrick as more than a late speculative pick though.

In Green Bay, former second-round pick Josh Jones was shown the door, opening up a real chance at significant snaps for rookie Darnell Savage. If the youngster from Maryland can stay on the field and plays to his potential Savage has a puncher’s chance at finishing 2019 as the top rookie defensive back, although my money’s still on Adrian Amos as the safety to own in IDP leagues in Titletown this year.

Are you onboard with Gary’s 2019 IDP Rankings? If so you should check out his full archive for more great rankings and analysis.