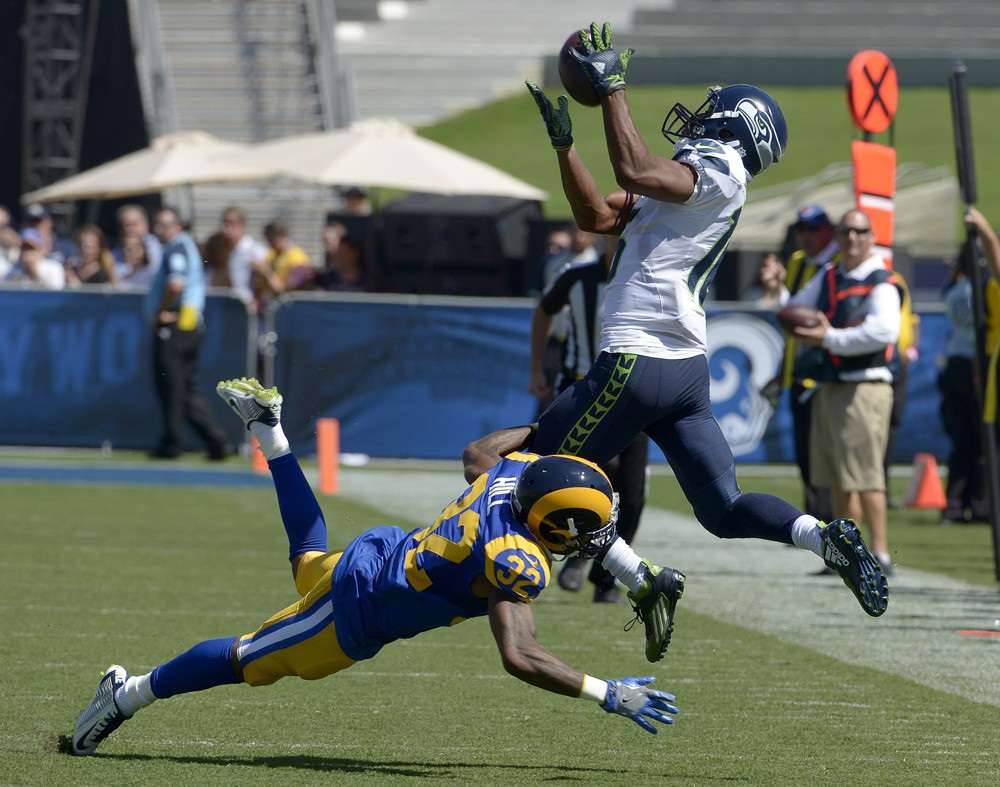 Last week I explained why Kenny Stills is an excellent value this season in fantasy football drafts. Part of my reasoning was that he has already finished as a fantasy WR3 in three different years. This week I’m taking a different tact. I’m going to pound the drum for a wideout who has yet to finish a single season as a Top-36 fantasy wide receiver. Before I outline why I think Tyler Lockett is also a bargain in 2018, let’s take of look at his NFL career production from a fantasy perspective.

Tyler Lockett posted 684 total yards and six receiving touchdowns in his rookie season in 2015. He tacked on two return scores which propelled him to a fantasy finish of WR37. But his advanced metrics were even more promising. According to Matt Harmon’s Reception Perception, Lockett had a success rate of at least 75 percent that season against man, zone, and press coverage. That type of success against all three types of coverage is rare for any wide receiver, much less a third-round rookie out of Kansas State. As a result, Lockett was a popular fantasy pick in 2016 drafts, going as the 32nd receiver off draft boards that year.

In Week 2 of 2016, Lockett suffered a sprained PCL which derailed his potential breakout year. He tried to gut it through but was a shell of himself. From Weeks 3 through 8, Lockett totaled a mere 11.3 fantasy points. He was much better over the season’s second half as he compiled 60.2 fantasy points over his final seven games. But the damage was done, and Lockett finished the year as the overall WR60. To make matters worse, he suffered a broken leg in the penultimate game of the year, putting his status for the beginning of the 2017 season in doubt.

Lockett returned from the Physically Unable to Perform (PUP) list in August of 2017 but did not play during the preseason. He was healthy enough to play once the regular season rolled around and appeared in all 16 games for Seattle last year. But he was clearly not himself as he fought to return from the injury. He posted a career-low 613 yards from scrimmage and finished just 53rd among wide receivers in fantasy scoring. However, again advanced metrics showed that Lockett was not as bad as the numbers may have indicated despite admitting recently that he played last season at “about 75-80 percent.”

First, Lockett again proved his route-running chops by having a 72.7 success rate versus man coverage according to Harmon’s data. This number was sixth-best among all wide receivers. Also, according to NextGenStats, Lockett finished 26th in catch rate (63.38 percent) and 22nd in aDOT (12.7 yards) among wide receivers with at least 70 targets last season. Are you ready for the kicker? Because here it comes. No NFL wide receiver regardless of his number of targets finished higher than Tyler Lockett in both of those categories last year.

Lockett’s depressed 2018 ADP stood out to me several weeks ago when I was prepping for my early ADP piece. At the time, he was going off the board in the sixteenth round, 65th among wideouts. I thought that was unusual considering Seattle had allowed Jimmy Graham and Paul Richardson to walk via free agency without making much of an effort to replace them. Drafters were basically expecting Lockett to have a career-worst season despite him having the most favorable circumstances he has ever had entering an NFL season.

Lockett has finished fourth on the Seahawks in targets in each of his three NFL seasons. Graham has finished second on the team in targets in each of those years. Richardson finished third last season, basically taking over for Jermaine Kearse, who had been third on Seattle in targets in both 2015 and 2016 before being traded. Lockett’s 2018 target share should increase dramatically from the 13 percent he saw last year. That is especially true given the injury to the player who has led Seattle in targets in each year since 2014 – Doug Baldwin. Baldwin suffered a multi-week knee injury at the end of July. My first thought following the injury was that Lockett’s ADP was about to skyrocket. Except it never did.

In fact, Lockett’s ADP has hardly moved at all dating back to the beginning of July. It has gone up a whopping three spots. He is still being drafted as the 62nd receiver off the board in Fantrax drafts. This is though, even if by default, he is basically guaranteed a larger slice of the target pie this season in Seattle due to the absences of Graham and Richardson. Or the fact that Baldwin still has not taken the field since the injury, though he is expected to return in time for the regular season. This is also despite our best efforts to boost his ADP in #DWG4. He had an ADP of WR23 among the 16 divisions primarily based on his prowess in the return game. (BTW – that’s still way too low. He’s probably the overall WR1 in that format. Darn you, Derek!)

Tyler Lockett enters 2018 in much greater health and in line for a major boost in opportunity on a Seattle offense lacking playmakers in the passing game. Yet he is being drafted as if he is still a gimpy decoy. I do not expect Lockett to end the year as a Top-20 fantasy wideout, though he did post more games with 100-plus yards from scrimmage last season than Davante Adams, Stefon Diggs, and Mike Evans, among others. What I do expect is for Lockett to be in play as a weekly Flex option with a real shot to finish the year as a WR3. At his current price, he is an ideal late-round draft pick in all formats.

Should You Draft Josh Gordon?