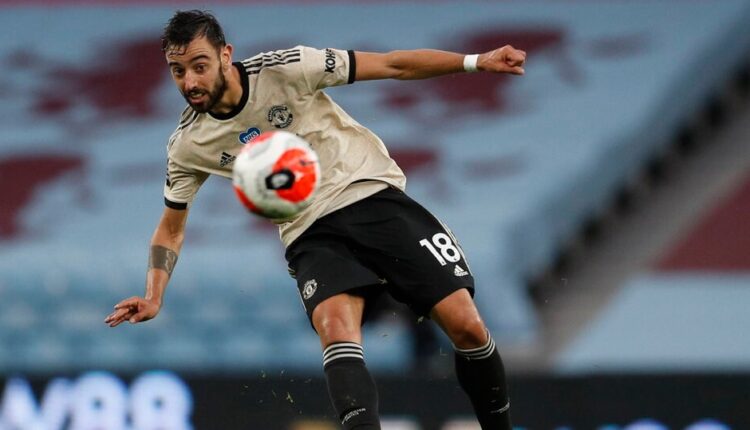 Welcome to our Fantasy EPL Top 200 ROS Player Rankings: January Edition! We’ve updated our pre-season Fantasy EPL Draft Rankings once again to produce an essential list of Premier League players that you simply have to acquire this season!

Here we rank our Top 200 Rest of Season Premier League Players, based on their prospects on Fantrax between Gameweek 19 and the end of the season. Our Fantrax HQ writers have joined forces to create Consensus Rankings to produce more accurate results. Try and trade in the top players from this list!  And if any of these players are currently free agents, you simply have to sign them!

As we’ve said above, these are Consensus Rankings provided by our Fantrax HQ writers and analysts The FF Chaps, Draft Genie, The Inner Geek, Joe Williams, Tottiandor, and Ryan Barnes. They have each ranked their own Top 225 players, and these have been combined to create an average ranking for each player. Our analysts have ranked the players in the order that they would draft them in, if they were to undertake a draft right now.

We have a new number 1!! For the first time in our ROS Player Rankings, Kevin de Bruyne doesn’t come out on top. The Manchester City man is ranked 2nd overall, with concerns over the hamstring injury suffered Wednesday night an obvious concern. Bruno Fernandes is the man ranked top of the pile, after an incredibly impressive season so far. Jack Grealish solidifies himself as an elite Fantasy EPL player with a ranking of 3rd overall. Harry Kane and Mohamed Salah round out the Top 5.

Sadio Mane follows closely behind his Liverpool teammate, and Son Heung-Min is ranked 7th overall. A couple of new entries to the Top 10 are up next; James Maddison and Pedro Neto. Maddison struggled at the start of the season, but our analysts have kept faith in him throughout their rankings. The Leicester man was ranked in 8th by all of our analysts, apart from @TheFFChaps who placed him one higher. Neto is having an incredibly consistent season and rightfully makes the Top 10. He scores really well without the need for attacking returns. Raheem Sterling comes in at 10th.

Jamie Vardy kicks off the next group with a ranking of 11th, and Marcus Rashford is in 12th. Our analysts were all pretty much in agreement with regards to these two players, apart from @the_innergeek who ranked Rashford a relatively lowly 17th. Mason Mount is ranked 13th after a really consistent season under Lampard. What a turnaround for the Chelsea youngster – he was ranked fairly moderately pre-season, with many thinking he would lose his place in the side. Michail Antonio and James Ward-Prowse are up next, with all of our analysts pretty much agreeing on their positioning. @draftgenie was the only person to rank Ward-Prowse outside his personal Top 20.

Danny Ings and Adama Traore are up next in our ROS Player Rankings, followed by Christian Pulisic. Our analysts were pretty much in agreement that Traore and Pulisic should remain as top assets despite both having a fairly average first half of the season. Lucas Digne is the first defender in our Top 200 after his recent return from injury, and Riyad Mahrez rounds out the Top 20. @TheFFChaps ranked the Manchester City man lowest, giving him a modest ranking of 28th overall.

Dominic Calvert-Lewin is ranked 21st overall, with our analysts believing he will continue his good form throughout the rest of the season. @JWillDraft even ranked the Everton man as high as 16th in his personal rankings! Richarlison is up next in 22nd. Hakim Ziyech is ranked 23rd overall, but he really divided opinion between our analysts. @the_innergeek ranked the Chelsea man in 16th, whereas @JWillDraft ranked him a lowly 37th! Andrew Robertson is the second-best defender with a ranking of 24th, followed by James Rodriguez in 25th. Rodriguez also divided opinion, with rankings varying from 17th to 37th amongst our analysts.

Leeds forward Raphinha is ranked in 26th overall after a strong couple of months, closely followed by another defender in Joao Cancelo. The Manchester City defender has turned into a very strong Fantasy EPL asset. Ollie Watkins comes in at 28th, despite low rankings by @draftgenie and @tottiandor. Bukayo Saka makes the Top 30 after improving his points-scoring performances dramatically over the last month. He’s very much one to watch ahead of next season! Timo Werner is ranked 30th in these ROS Player Rankings after a very disappointing first season in the Premier League. @JWillDraft ranked him in 40th overall in his personal rankings!

Trent Alexander-Arnold is ranked 31st overall, with highly differing rankings between our analysts. @TheFFChaps have kept the faith with a ranking of 20th, but @CNFC82 has all-but given up on TAA with a ranking of 47th overall! Harvey Barnes is ranked 33rd overall after some strong recent performances, and Paul Pogba is ranked 34th. Not surprisingly Pogba’s biggest fan @draftgenie ranked him highest at 15th overall; the rest of our analysts were more conservative with their predictions for the Frenchman. Matheus Pereira maintains a decent ranking after a hugely impressive Gameweek 19 tally. The Brazilian had been faltering a little under new manager Sam Allardyce.

Wilfried Zaha comes in at number 41, despite widely differing rankings from 31st through to 51st among our analysts. Pierre-Emerick Aubameyang is ranked a lowly 45th overall after a very poor season by his standards. Some impressive Premier League new-boys round out the Top 50, with Eberechi Eze, Andre-Frank Zambo Anguissa, Vladimir Coufal, Ademola Lookman, and Antonee Robinson ranked between 46 and 50. Coufal had the biggest variation in rankings, with 36th coming from @JWillDraft and 71st coming from @the_innergeek.

Roberto Firmino is ranked 53rd overall, with Tanguy Ndombele shooting up the ranks into 58th overall. The Tottenham man has started performing really strongly in recent weeks. Returning defender Ricardo Pereira is ranked 67th overall, and Arsenal youngster Emile Smith Rowe gets a great ranking of 71st. Manchester City man Bernardo Silva is ranked 76th overall, although he could see increased game-time if de Bruyne does miss a few weeks of action. Allan Saint-Maximin is ranked 78th overall as he returns to full fitness after missing two months due to COVID-19. @tottiandor still believes in him; he ranked him at 46th overall.

Anwar El Ghazi is ranked 81st, despite a high ranking of 58th from his number one fan @CNFC82. Sergio Aguero gets a rank of 87th overall, with Chelsea man Kai Havertz in at 91st. The Chelsea man has really struggled in his debut EPL season, with differing ranks among our analysts. @the_innergeek ranked him in 51st, but @TheFFChaps gave him a lowly ranking of 129th. @JWillDraft and @tottiandor also ranked him outside of their Top 100. Kenny Tete is ranked 101st overall after a strong return to the Fulham side. He’s really one to watch ahead of the second half of the season!