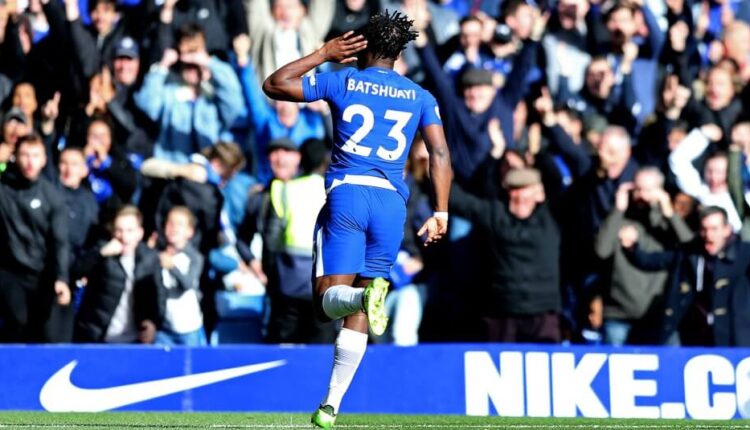 Fantasy EPL Sleepers can make or break your season. Every Fantrax Draft Manager knows that finding the next breakout star or hidden gem can be extremely important if you’re going to win the league! We bring to you a Fantasy EPL Sleeper Eleven, as we try and unearth under the radar draft picks based on current Average Draft Positions (ADP).

Taking Mohamed Salah over Raheem Sterling in the first round probably won’t make or break your season. Picking Ryan Fraser over Felipe Anderson in the second is unlikely to be the difference-maker either. And choosing Josh King instead of Richarlison in the third will almost certainly not be the deciding factor in where your league title ends up this season. But what might hinder you is drafting Stefan Johansen in the 9th when Troy Deeney and Seamus Coleman are still on the board. Or opting for Yannick Bolasie in the 10th when Lucas Digne and Ben Chilwell were both available. These things actually happened in my league last year. And whilst it’s easy to play Captain Hindsight, the point remains: the lower rounds are very, very important.

So who will be the breakout stars of the 2019/20 season? I’ve put together my thoughts for Fantasy EPL sleepers – yours are very much welcomed too! To get into my team, players needed to have an ADP of over 100 at the time of writing, which unfortunately meant Alex Oxlade-Chamberlain missed out (ADP of 99). The Ox must fancy his chances of breaking into Liverpool’s midfield three, and if he does, he will be an absolute steal for fantasy managers.

Anyway, let’s get started. Oh, and the omission of a goalkeeper isn’t an accident. Streaming goalkeepers is the way forward; don’t waste a pick on one during the draft (unless you are drafting later than the 9th of August).

Kieran Trippier ranked 8th among defenders in FP/G last season, so his departure to Madrid opens up a nice opportunity for someone to seize. Someone like KWP perhaps. The youngster famously grabbed a 19-minute hat-trick of assists last season against Bournemouth (side note: I had him on my bench that day…38 points wasted), and performed well in his three other starts too. He’ll be battling Serge Aurier for the position, but given the Ivorian’s injury history and frequent transfer rumors, it wouldn’t be surprising to see him in the starting eleven when they face Aston Villa on the opening day.

Targett proved a more than capable understudy to Ryan Bertrand last season. In some respects, he even outperformed his older teammate. Among all defenders with at least 10 league appearances, he tied for 8th in interceptions and tied 5th in key passes per game. He even added three assists. Whether Villa can continue their good defensive work from the end of the season (they conceded just 12 from their final 16 games) against much better opposition remains to be seen. If they can, then the left-back could turn out to be a very nice pickup.

Not surprisingly, being a good football player in real life generally correlates quite nicely with scoring well in fantasy football. But then there’s Mustafi. For a guy that can’t defend, he sure does pick up some points. He put up over 250 last season (3rd among Arsenal players!) despite only keeping eight clean sheets and scoring just two goals. If you follow any Arsenal fans on social media, perhaps block them in the lead up to your draft. Their anti-Mustafi posts (of which there are many) could influence you into letting him drop farther than he deserves.

Norwich scored a whopping 93 goals last season – the most in the Championship since Bournemouth went up as champions in 2014/15 – and Buendia was a big reason for that. Eight goals and 12 assists is a very nice haul for the midfielder, and whilst he almost certainly won’t hit those heights again, even half of that would prove good value from his current ADP. Buendia’s average rating of 7.39, as determined by WhoScored, was the highest in Norwich’s squad (even higher than the much-vaunted Teemu Pukki) and was the 4th highest in the whole of the Championship. Oh, and the FF Chaps are huge fans. Need any more reasons to draft him?

Lanzini didn’t do much when he finally returned from his lengthy injury in February last year. One goal and two assists in ten appearances are indeed the numbers of a 101st draft pick. But he’s not a sleeper because of that. West Ham didn’t have much to play for in those games, and he was probably far from match fit. He’s a sleeper because of the seasons before. Double-figures for goal involvement (goals + assists) all three years led to PPMs of 10.41 (2017/18), 11.23 (2016/17), and 10.15 (2015/16). Those PPMs are befitting a player much higher than the 101st pick making him one of my favorite Fantasy EPL sleepers for the coming season. (Note: numbers are based on Togga scoring).

The Leicester bandwagon has been jumped on by a lot of people recently, and rightly so. Their transfer business so far, along with Manchester United and Arsenal’s constant ineptitude, gives good reason to believe that the club could break into the top six this season, and perhaps even higher. All of this hype has led to fantasy managers coveting their attacking assets. Maddison? ADP of 20. Vardy? 25. Tielemans? 41. Perez? 51. Even Ndidi is going at 82 (though that’s not a slight; I am a big fan of him). There’s one player likely to start who’s constantly going unmentioned. Harvey Barnes. This guy was unbelievable for West Brom, and even though his performances dropped when he returned from that loan, he was still a big upgrade on Albrighton/Gray/Ghezzal. Barnes is currently 62nd on my personal draft preparation rankings.

To say Brighton wasn’t a very attacking team last year would be an understatement. But I think new manager Graham Potter will change that, leading to some great value in their midfield. New signing Trossard could be one to benefit in particular. The 24-year-old scored 14 and assisted seven as he captained Belgian side Genk to their first title in eight years. Now, Brighton fans know better than most that spending big money on a winger who performed excellently in a sub-par European league doesn’t necessarily mean much (Jahanbakhsh anyone?). But Trossard could be different.

Southampton’s underlying numbers suggest they were a better team last season than what the league table gives them credit for. What’s more, they grew stronger as the season went on, taking 24 points in the second half of the season, compared to just 15 in the first half. All the signs point to Southampton being a sleeper team, so there is a number of potentially good value picks here. One of which is new signing Che Adams. The forward bagged 22 goals for Birmingham City in the Championship last season, tied for 6th most in the league.

Of all the reasons listed in this very funny thread by @HinduMonkey, my personal favorite is that Barnes started Burnley’s final 20 games last season, and was only subbed off four times. Picking up a forward who plays week-in, week-out in round 9 or lower (as this ADP is likely to be) is great value. I don’t agree with the disdain Monkey clearly has for xG, but I definitely agree with their love for Barnes.

The auditioning for the Chelsea number 9 spot rolls on, and right now it really is too hard to call. As a Villa fan, I saw enough of Tammy Abraham last season to believe that he is not the answer. And I know Chelsea have a new manager, but last season’s performances by 32-year-old Olivier Giroud weren’t exactly convincing either. Which leaves Batshuayi. Five goals from his nine starts was a nice return and Palace were notably better as a team too once he was integrated. It’s a risk, but you could be drafting the starting forward of a top-four team with the 110th pick…that would work out very well.