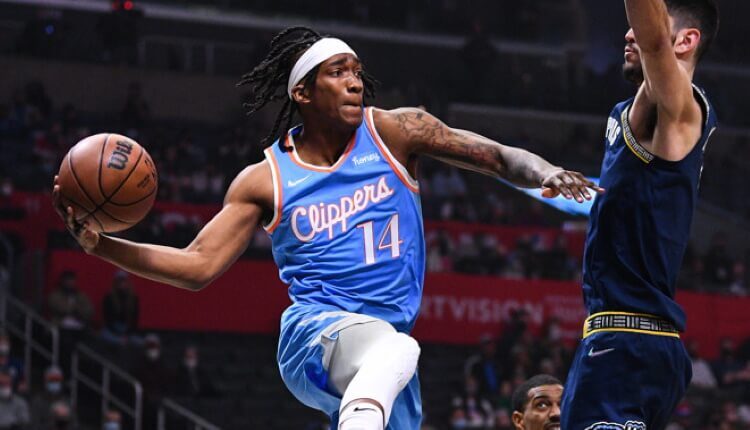 Welcome to another week of the fantasy basketball season! The NBA All-Star break has concluded so we are finally back to a normal one-week fantasy setting! It’s getting down to crunch time, so every move is crucial!  Jalen Green’s stock has risen after a great showing in the rising stars challenge and is a must-add if available. Here are four new players who are ready to make an impact on your fantasy rosters…

With Norman Powell out indefinitely due to a foot injury Terance Mann slides his way back into the starting lineup and the third year-pro is on a roll. Mann has posted 16 points, 8.7 rebounds, 2.3 assists, and 2.0 steals per game over his last three starts. Kawhi Leonard isn’t expected to make a return this season and Paul George’s season is also in doubt. It’s the Mann show now baby and I’m adding everywhere.

It’s the Mann article here at Fantrax! Tre Mann no relation to Terance is up next and is on quite the roll himself finding starters minutes in Oklahoma City. The rookie out of Florida is now averaging 21.8 points, 4.3 rebounds, 3.8 assists, 2.0 steals and 2.8 3PTM over his last four games. Lu Dort has been out of the lineup which has given Mann a boost but he’s earned an add and extra minutes going forward with his excellent play of late.

The Atlanta Hawks haven’t been shy about their feelings for 21-year-old Onyeka Okongwu. It showed Saturday giving their sophomore more minutes than Clint Capela. Okongwu is now averaging 17.5 points, 7.5 rebounds, 4.0 blocks and 1.0 steals in his last two games over 27 minutes played. This is a trend you do not want to miss out on as Double-O Okongwu is a game-changer on the defensive end and is showing his potential on the offensive side as well. Add away.

Dwight Howard is turning back the clocks in La La land baby! Anthony Davis is out at least the next three-four weeks and there’s not a whole lot of depth on the Lakers roster meaning Dwight Howard is going to get some minutes. They’ll trot out some small-ball lineups from time to time but Howard will get his minutes. Especially after back-to-back impressive performances averaging 10 points, 13.5 rebounds, and 2.0 blocks over his last two games.  Howard deserves our attention and a spot on your rosters. Up, up and away Superman has returned!