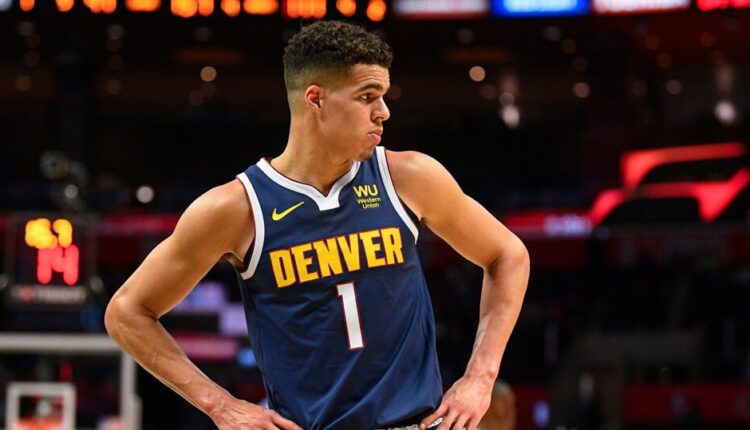 Happy New Year waiver wire people. The first 2020 waiver wire article is here. This week we have three up-and-coming talents and one veteran that will be able to help you gain an advantage on your competitors for Week 12.

Porter has been trending up lately. After a great game to finish the year against Sacramento, coach Malone has given him more minutes. As a result, Porter has averaged 14.5 points, 4.0 rebounds, 0.5 assists and 0.3 blocks over the past week. Porter has the physical talents to be a star. However, he isn’t providing much outside of good efficiency and points. Grab him if you need some scoring and can hold on as he develops throughout the year.

Doumbouya was a relatively unknown player as of last week. However, the 19-year-old from Conakry on the Western coast of Africa has been outstanding in his two starts at power forward. Doumbouya had a great game against the Warriors on Saturday. He scored 16 points, going 6 of 10 from the field, as the Pistons beat the Warriors. Doumbouya also grabbed 10 rebounds and had two assists, accumulating a plus-minus of +19 in his 38:14 of playing time. He added one block and two steals. Doumbouya went 4 of 7 from behind the arc. This was off the back of a solid game against the Clippers two nights before with 10 points and 11 rebounds. If Blake Griffin remains sidelined, we should expect to see more of Doumbouya. He is a speculative short term add for now.

Orlando has been hit hard with injury recently. Jonathon Isaac and Aaron Gordon have both been sidelined. With extra scoring opportunities, Augustin has been excellent in leading the second unit. Over the past week, Augustin averaged 14.0 points, 2.5 rebounds, 6.8 assists, and 1.3 steals.

Augustin provides the Magic with much needed veteran leadership. I expect his minutes and scoring to improve until the Magic get their stars healthy again.

Mathews is a deeper league add from the week 12 waiver wire. He is a sharpshooter that has provided the ailing Wizards with some scoring punch off the bench.

Mathews has been on fire from deep in the past week, making 11 of 23 three-pointers. With Bradley Beal, Davis Bertans and Rui Hachimura all currently out, the Wizards have a need for outside shooting. Mathews won’t give you much outside of great shooting from three and the foul line though.