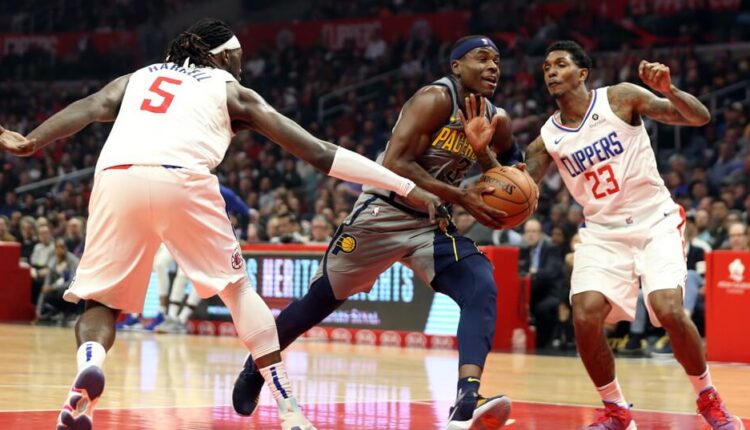 The fantasy basketball waiver wire appears to be getting a little thin as we head toward Christmas Day. The injury bug has opened value up for a few of the Raptors bench players. We are also hearing rumors of a rebuild in San Antonio, so keep your eyes peeled for a jump in value for Derrick White and Dejounte Murray.

Below are five key players on your waiver wire to gain an advantage on your competitors for week 10.

The Raptors are suffering from a slew of injuries now. As a result, more minutes have opened in their lineup. Subsequently, Hollis-Jefferson notched 18 points (6-13 FG, 6-6 FT), nine rebounds, two assists, and one steal in 29 minutes during Sunday’s 110-107 victory over Dallas.

Hollis-Jefferson has always been a solid contributor in defensive statistics if he has enough minutes. It looks like Gasol and Siakam will be out for the foreseeable future, so expect a jump in value for some of the normal supporting cast of Raptors.

Boucher has a ton of talent. If he can garner some consistency, he will see a regular role within the Raptors rotation. For now, though, with the Raptors frontcourt so banged up, you can expect a good jump in usage and stats.

Holiday has started the last few games with Jeremy Lamb out. He has responded nicely with solid averages last week of 15.0 points, 3.3 rebounds, 3.3 assists, and 0.7 steals. His steals numbers were down slightly on what you should normally expect. However, it appears that Coach McMillan really likes Holiday in the starting 5. This could mean a more regular role and extra minutes beside Malcolm Brogdon.

Grab Holiday if you need some back-court depth. Expect a dive in his averages when, and if, Oladipo returns though.

Payton now appears to have a lock on the starting gig in New York. After some solid games last week, Payton took over from Frank Ntilikina, who now appears to be out of the rotation.

Assists and steals have always been a strong point for Payton, so grab him now if you need a point guard.

Finney-Smith has been a surprise over the last week. He has averaged 12.0 points, 6.0 rebounds, 2.0 assists, 1.0 steals and 0.8 blocks. If you are in deeper leagues, Finney-Smith will be a good source points and rebounds. Dallas has played well without Doncic in the line-up, so expect Finney-Smith to see a jump in value for a few more weeks.

Also, check out our Seven-Day Player Rankings and our Fantasy Basketball Schedule Grid.

Got a few names of your own for the fantasy basketball waiver wire? Drop them in the comments below. We promise not to share them with anyone in your league.