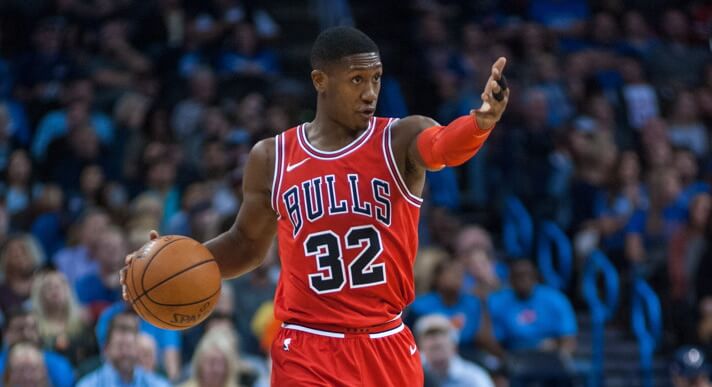 I will look at a group of players that are likely on a roster in most 12-team leagues. There is a strong chance they began the season on the waiver wire. Either that or they have at least spent time there during the first six weeks. Are they Trash or Treasure and more importantly, should you be keeping them on as a part of your squad moving forward?

Barrett is rostered in 97 percent of all leagues despite being the 324th ranked player in standard formats. In fact, steals are the only category in which he is a positive contributor. His percentages alone are enough to leave him on the waivers in most cases. Barrett is likely to continue seeing big minutes given the Knicks have to be developing their youth. Unfortunately, at this stage that might not be positive in terms of his value. There is a case to hold onto Barrett but that is really only the case if you are punting both percentage categories. In most situations, Barrett can be left on the waivers despite his occasional scoring prowess.

Gay certainly falls into the veteran class now and despite his years, can still be a fantasy contributor. He is playing just 23 minutes per game this season and typically chips in across the board. He is only rostered 72 percent of leagues but that number is too high. His only positive categories this season are rebounds (barely) and free-throw percentage. When called upon, Gay can impact the game but the 34-year-old is far from the consistent producer he once was. He would need a couple of injuries ahead of him to have any chance of a sizeable enough role in which he could put up top-100 numbers.

Dunn was much-maligned coming into the season, seen by many as the third-string point guard. While that was the case across the early portion of the season, Dunn has somewhat reinvented himself of late. He is currently the starting small forward with both Otto Porter and Chandler Hutchison on the sidelines. Over the past two weeks, he is the 77th ranked player, thanks primarily to his 2.0 steals per game. He is not a guy whose game is reliant on usage and so he can still have value moving forward. He has played over 30 minutes in each of his last three games and that seems to be the trend as long as he can avoid foul trouble. If you aren’t chasing points, Dunn is worth grabbing in most standard leagues.

House began the season on fire and was flirting with top-50 value for a period. Unfortunately, a number of injuries derailed his momentum and during his absence, Ben McLemore stepped up. Since returning, House has re-established himself as the starting small forward but the production has not followed suit. Over the past two weeks, House is outside the top-250 whilst still playing over 30 minutes a night. His role appears secure moving forward, although Eric Gordon could make a return in the near future. Both he and McLemore have the ability to cut into House’s playing time on any given night. This really leaves him on the outside looking in when it comes to standard leagues.

Prince has put together a decent season when compared to 2018-19. His rebounding numbers have been excellent, especially over the past two weeks where he is averaging over eight boards per game. On the flip side, he is shooting a disastrous  28 percent from the field in the same period, averaging just 8.7 points. He continues to exceed 30 minutes on a regular basis and so there are no concerns when looking at his opportunities. With that being said, both Kyrie Irving and Caris LeVert could return in the coming weeks and will certainly impact Prince when he is on the floor. It would make sense that he gets his shooting turned around at some point, although it is hard to stomach right now.

Much like Prince, Huerter has been struggling with his efficiency of late. His playing time is back over 30 minutes per game after working his way back from injury. Unfortunately, he has shot over 38 percent just twice since coming back. There is absolutely a world in which he increases this to over 40 percent and the return of John Collins will certainly work in his favor. His assist numbers have been great and he has recorded at least one steal in eight of his last nine games. There will be a few bumps in the road but given the Hawks current direction, Huerter should be rostered in most 12-team leagues.

Is Adam on track with his trash or treasure analysis? Let him know in the comments below! Also, check out our waiver wire and all of our other fantasy basketball content.