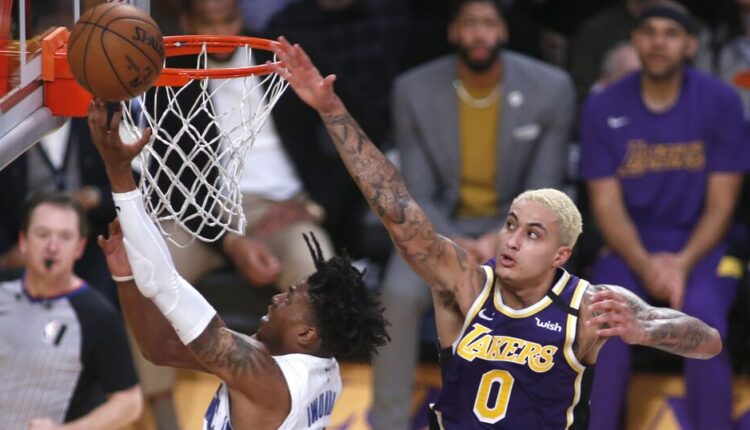 The fantasy basketball schedule is a tool to be used to expand your team’s categorical dominance. General Managers know the best roster can be thwarted by a lopsided schedule, which has been made abundantly present this year. The good news for team managers this week is that the schedule is relatively stable.  Monday, Wednesday, Friday, and Saturday offer a full slate games, with the number of games peaking on Wednesday and Friday with 22 teams in play collectively over the two evenings. Tuesday, Thursday, and Sunday offer a reduced number of games, with Sunday having the least amount of games (4). The following fantasy basketball preview will help you take advantage of all this.

All teams are either playing 3 or 4 games this week.

Of the teams playing four games, the Lakers and Blazers are the only teams that play on Tuesday, Thursday, and Sunday. If you need to add games, target players on these teams.

The Knicks, Heat, Warriors, Wizards, and 76ers all have games on Tuesday and Thursday, which are low game days, so again great teams to target to boost games.

To get the most out of your streaming options this week, identify players on the teams highlighted above. Adding the right player can significantly change the outcome of your head-to-head matchup. Let’s go over a few options from a schedule point of view.

Kyle Kuzma has four games, and the Lakers are still without Anthony Davis making Kuzma a great streamer for this week. Over the last two weeks, Kuzma’s minutes have spiked to 29 per game. During this time Kuzma has averaged 17 points, 6.5 rebounds, 3 threes, and 49% field goal shooting per game. Additionally, given the injury to Lebron James’ ankle, which could result in Mr. James missing an extended amount of time, could result in Kuzma being heavily involved in the offense.

Derrick Jones Jr. is a no-frills defensive specialist with around 25 minutes in playing time. However, with a four-game week, Jones can provide a huge boost in steals and blocks on nights where there are few games.

Jordan Poole has been a revelation since entering the lineup in early March. In the last two weeks, Poole has averaged 24 minutes, 19 points, 3 threes, on a toasty 54% shooting. If Stephen Curry misses additional time Poole is a must-add, and with games, on Tuesday/Thursday he will continue to provide value if you need points and threes.

Reggie Bullock has been producing in an expanded role with a thin backcourt in New York. Bullock provides a great source of threes and can provide a moderate amount of points and steals. Over the past two weeks, Bullock has averaged 4 threes per game n 47% shooting. He plays the low-game Tuesday/Thursday slate and can tilt a match up in your favor if you need threes or points.