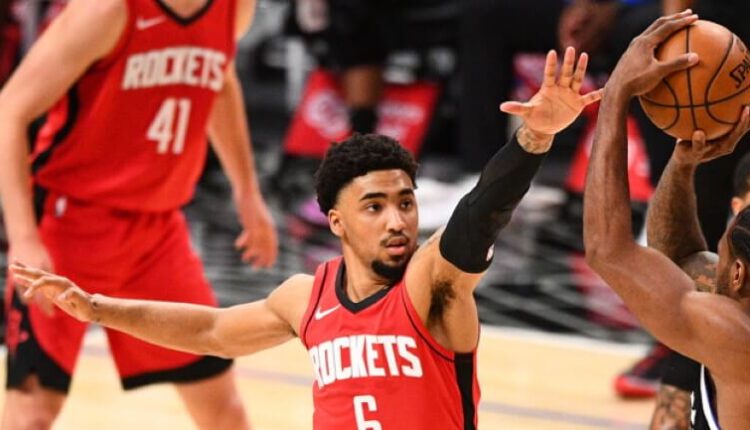 Winning at this point in the Fantasy Basketball season is all about finding streaming and end-of-the-bench value to complement and reinforce the bulk of your roster. This means streaming specific categories or identifying players that yield consistent even if small production across categories. Another important element is finding players that do not negate their strengths with poor percentages or high turnovers. Solid streamers at the end of your bench should work as a force multiplier for the categories your stars excel in.

Below is a list of deeper league streamers – most likely available in 12, 14, and 16-team leagues to some variety that can provide support at the end of your bench for April 19-25.

Deep League Pickups for the End of Your Bench

In the last month, Jaden McDaniels has logged 29 minutes a game averaging modest but helpful numbers across all categories. In this time period, McDaniels is just shy of a 1-1-1 player averaging 1.3 threes, 0.8 steals, and 1 block. This type of production is exactly the type of deep league play that can push you over the top.

The minutes are great for Reggie Bullock. He is not consistent but is an elite three-point streamer with upside in steals. Over the last month, Bullock has averaged 3.3 threes, 1.4 steals on 46% shooting from the field. If you need a boost in those categories, Bullock makes for great depth at the end of your bench. With the Knicks vying for the playoffs, Bullock’s role and activity should remain stable as a compliment on the wing.

Bruce Brown finds himself in an important role with the Brooklyn Nets. Compounded by  James Harden and Kyrie Irving missing games, Brown has been a defensive force in his 25-minute role. In the past two weeks, Brown has averaged 7 rebounds, 1.7 rebounds, 0.9 blocks, on 47% shooting. Defensive-minded players often can provide sneaky fantasy value in head-to-head leagues. If he is on your waiver, consider picking him up as his 25 minutes per game is most likely sustainable even as Brooklyn gets healthier.

Cameron Johnson has made the most of a limited role on the surging Phoenix Suns. As a deeper league play, Johnson will bolster your threes without hurting you in other categories. In the past two weeks, Johnson has averaged 2.6 threes, 1 steal, on 54% shooting from the field. Johnson provides a streaming option or an end of the bench role that won’t drag your percentages down or spike turnovers up.

Kenyon Martin is known for his spectacular plays. With a healthy Houston Rockets Team, Martin is primarily a blocks streamer with upside in rebounds and even points if the Houston frontcourt starts to crumble. In 20 minutes,  KJ will average just over one block on 60% shooting from the field. Finding blocks is difficult in deep leagues, so Martin makes a sneaky play to bolster your defensive categories. When you consider his SF eligibility, KJ’s blocks and field goal percentage give general managers unique lineup options for building a contender.

Desmond Bane has proven he will be an NBA contributor for years to come. While his best days are ahead of him, he provides a versatile floor for an end-of-the-bench type player. He won’t win you any one category, but his versatility could keep you competitive in categories when your top players aren’t playing. For 14-team and 16-team leagues, Bane is a great fit in almost any build and a long-term investment in dynasty leagues.