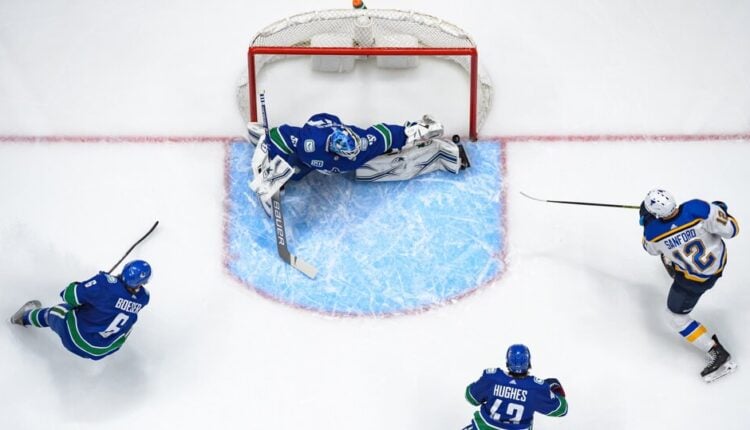 For a lot of you, the trade deadline has come and gone. For me and a few of you, it’s this Sunday. Whether it’s fantasy playoffs or the absolute last stretch, let’s take a look and see what kind of value additions we can grab. Did the NHL trade deadline create some interesting opportunities? I think it did. We’ll explore some buy-low options created from the (lack of) frenzy and some final sell high options – largely based on the schedule. Let’s dive in.

For those of you who can’t trade, view this as a bonus waiver wire column. Some of the players I’m listing this week are not necessarily sky-high in ownership. However, these beneficiaries of the NHL trade deadline will be players I target in trade in my deep league. Whether you’re trading or picking off waivers, let’s look at the buy low options:

You might not be paying attention too much on Ottawa this season. I get it. They’re not a very good hockey team, although they do work hard. However, Mike Reilly is sitting at 20 assists in 42 games this season. He’s played quite well. The analytics also back him up. Of course, in classic Senators fashion, they end up shipping away a D-man who could be valuable for them for a small price of a third-round pick. What does Boston think of Reilly? They already have him on their top powerplay unit. Yes, that’s right. The unit with Pastrnak, Bergeron, Marchand, and Nick Ritchie now has Mike Reilly at the point over Charlie McAvoy. Considering Mike Reilly would be on a 39 point pace in Ottawa alone in a regular 82-game season, you should try to grab him as a sleeper as soon as possible for the upside.

When Colorado traded for Dubnyk, I didn’t love it. Dubnyk’s struggles in San Jose didn’t make me too confident about him going forward. Colorado is playing out of their mind though. Their five-on-five possession is through the roof. They can obliterate teams. Their three top-line forwards are the top three scorers in the NHL since March 1. All of a sudden, Philipp Grubauer got Covid-19. That’s a tough break. Grubauer might have lost the Vezina Trophy because of that, not to mention the health issue. It does give Dubnyk the reigns to the best team in the league right now and for that reason alone, he’s worth an immediate buy low. His goals-against-average could get a bit dicey, but he’s going to win games.

Zach Werenski is done for the season. David Savard is gone. Someone has to play minutes for Columbus defensively, right? Enter Michael Del Zotto, who survived the trade deadline and remains a Blue Jacket. John Tortorella has played MDZ for three straight games over the 21:50 mark including PP time. Del Zotto has responded with three points in his last four games. With the influx of Werenski’s responsibility, this is a real sneaky no-cost play for you to buy low on for your blueline. Del Zotto was a big offensive contributor in the past for Tortorella a long time ago, but clearly has some trust to do so still. Columbus doesn’t have a ton of games left, but this is buying REALLY low.

Focus on a team’s number of games played. The NHL seems very intent on having every team play their 56 games. Vancouver is going through a  Covid-19 disaster and the NHL is still trying to have them play out the season. Which teams have the least cracks at getting you stats? Nashville, Columbus, and Detroit have played the most games. There aren’t a lot of sell-high options on those teams. Do some teams have incredibly hard schedules to end the year? Yes. We’re going to look into those.

Calgary has been real inconsistent the entire season. Two of their newly re-scheduled games fall after many leagues are completed. I know they’ve won three games in a row but I don’t feel confident in this team going on a big run. Four of their last games are against Montreal, a strong five-on-five team. Two are against the Oilers and one versus the Jets. I just don’t think Flames players are going to win you a title. Gaudreau is shooting 18% on the season, only has five shots in his last six games, and hasn’t scored a powerplay goal in a month. He doesn’t look like he’s in love with Darryl Sutter, although two multi-point games recently are giving him life. If you had a chance to grab two players for Gaudreau who both have more games left, it seems like a sell-high trade you could win in an under-the-radar fashion.

San Jose’s schedule looks like garbage going forward. Lots of games against Colorado and Vegas. They also have a good amount facing Arizona, who may try to trap it down to make playoffs and suck a lot of offense out. San Jose looked abysmal against Anaheim too. They made Anthony Stolarz look like Dominik Hasek. I can’t trust Sharks players to deliver a fantasy win. There’s some hope in Timo Meier if you bought low on him earlier to cash in on a low shooting percentage. I don’t mind the idea of moving anyone else, including Hertl.

This one could be a bit controversial. He’s going to play a ton of games down the stretch now. He’s having a great season. I wouldn’t sell high on him in a keeper league as his stock will only keep rising. In other leagues, there’s a good case to move away from him. Vancouver’s entire team will be sluggish to finish the year. There’s not much to play for as playoffs look slim. Physically, recovering from Covid-19 can be troublesome, and we’re talking about an entire team dealing with it. Nate Schmidt, one of the team’s better D-men, is still in Covid protocol. Nobody would fault Demko if he let in four a night going forward. For fantasy reasons, I’d be worried about the team’s response and therefore would look to sell high on his current numbers.

With your own trade deadline in the books, the Fantasy Hockey Waiver Wire! is your only way to put a cherry on your fantasy hockey season.

Big-Name Dynasty Sells to Consider for 2021