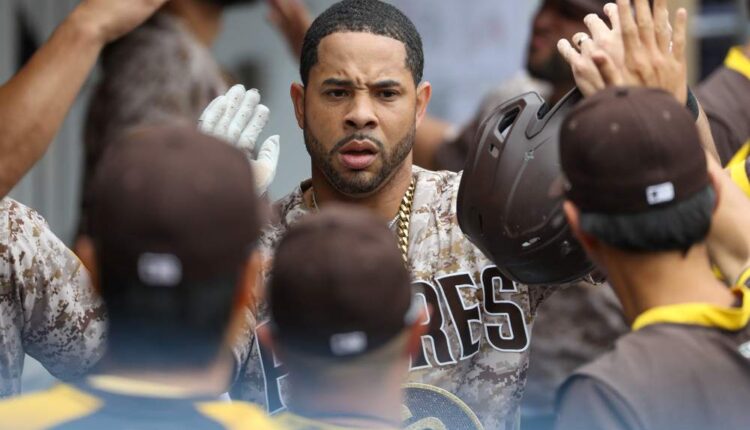 The season might only be around three weeks old, but it’s already turning into mass chaos. Offense throughout the league is struggling, especially in the power department, and injuries continue to pop up left and right. I’m sure none of us want to be hitting the waiver wire this hard this early, but it’s essential to not fall too far behind in your leagues early on, especially in roto formats. In this week’s Fantasy Baseball Waiver Wire report, we have a few intriguing outfielders, some multi-positional infielders, and a trio of pitchers on the rise in value.

As someone that has been lower than most on Max Kepler in the past, you know that he has to have some impressive metrics for me to recommend him here. Indeed he does. Through his first 73 plate appearances of the 2022 season, Kepler is demonstrating rock-solid quality of contact and approach metrics with a decent .246/.370/.475 slash line and four home runs.

Make it a 2 home run night for Max Kepler! pic.twitter.com/Vf4XHY7xrF

Kepler has improved both his walk and strikeout rates around 3% this season to 13.7% and 16.4% respectively while also trimming his whiff and chase rates and improving all of his contact rates. On top of that, Kepler has recorded a 12.2% barrel rate, 91.5 mph AVG EV, and a 42.9% hard-hit rate, all of which are currently career-best marks. Don’t forget, Kepler is coming off a 19/10 campaign last season in only 121 games and had 36 home runs back in 2019. He’s a fine add this week if you need some outfield help in 12-team leagues or deeper.

Through his first 47 BBE, Pham has an 8.5% barrel rate, 94.5 mph AVG EV, and 53.2% hard-hit rate with the last two ranking among the best in the league for qualified hitters thus far. While the AVG hasn’t been great over the last two seasons, Pham’s power/speed blend has remained and he’s now in one of the best hitting parks in baseball.

Remember him? In a little over a week, Ramon Laureano’s 80-game suspension will be over and he’ll return to Oakland’s lineup. Yes, that Oakland lineup isn’t good, but Laureano needs to be rostered in all 12-team leagues or deeper, and probably even some 10-teamers as well. In just 88 games last season, Laureano racked up 14 home runs and 12 steals and posted a 24/13 season in 123 games back in 2019. For his career, Laureano is averaging 25 homers and 18 steals per 162 games. You’re not going to find this type of power/speed blend on the waiver wire very often, so scoop him up now before your league mates remember that he’ll be back in a week.

There are two general types of waiver wire pickups; Ones that have long-term appeal and ones that are short-term fill-ins. Ha-Seong Kim falls into that second grouping. With the Fernando Tatís Jr injury, Kim has been thrust into full-time at-bats this season, playing both shortstop and some third base as well. Kim doesn’t rank highly in the hard-hit rate or exit velocity departments, but he’s performing well regardless with a steal and a trio of home runs to go with a .273/.373/.568 slash line in 51 plate appearances. Kim has been especially hot over the last three games with six hits, five runs, two home runs, and seven RBI. With all the injuries around baseball right now, I’m betting you could probably use some help in the infield where Kim is eligible at three different positions.

Who would’ve thought before the season that Santiago Espinal would be playing regularly for Toronto at any point this season. But that’s one of the beautiful things about the game of baseball, anything can happen. Espinal has really picked it up over the last week or so, recording 10 hits in his last eight games with two home runs and a steal, pushing his season line to a solid .273/.338/.455 in 74 plate appearances. Some of Espinal’s underlying metrics have been impressive as well with a 9.8% barrel rate, 45.1% hard-hit rate, 19.7% whiff rate, and an 89.1% zone contact rate. As with Kim above, Espinal might not be one of those long-term league-winning additions, but he’s playing well right now and provides eligibility at both second base and third base while hitting in one of baseball’s best lineups.

Given the preseason hype, I’m shocked that Aaron Ashby is still available in over 3/4 of leagues right now. When he was being used out of the pen to start the season, it was understandable. But now that he’s in the rotation, I’d definitely be looking to add Ashby in all 12-team leagues or deeper. Ashby has been overly wild so fast this season with a 17.1% walk rate but he’s limiting hard contact well (2.3% barrel) and still getting a ridiculous amount of ground balls (69.8%) largely due to his mid-90’s sinker. And while his slider hasn’t been quite as effective so far, Ashby has improved the whiff rates on both his curveball and changeup from last season. Assuming he can get that walk rate down to around 10% or so, Ashby has top-50 SP upside ROS.

Gerrit Cole who? Totally kidding, but how about Michael King this season? While being used as a multi-inning weapon every few days, King has racked up 13 innings with a sparkling 0.69 ERA, 1.00 WHIP, and a 40% strikeout rate. Usually, pitchers that aren’t starting or closing get overlooked in fantasy, but it’d be foolish to overlook King right now with how he’s pitching. King has seen exponential improvements across the board in strikeout, whiff, chase, zone contact, and chase contact rates while recording a whiff rate above 30% on all four of his offerings. Included in that are a 50% whiff on his curveball (24.6% usage) and 70% on his changeup (12% usage). Even if he only pitches 110-120 innings (on pace for 117), King’s elite ratios and strikeout rate make him worth rostering in 12-team leagues and deeper.

I’m not sure why Anthony Bender is only rostered in around 40% of leagues, but that’s likely going to change very soon. Bender’s surface stats don’t look overly appealing, but that’s because he allowed four earned runs over his first 4.1 innings. Since then, he’s pitched three scoreless innings combined in three appearances, recording a save in all three. However, the strikeout rate has been cut in half from last season, mainly due to his poor slider command thus far resulting in a lower whiff rate. I’m confident that he’ll turn it around in that department to some degree, and even without an elite strikeout rate, Bender appears to be the lead saves candidate in that Miami bullpen and needs to be rostered in all 12-team leagues or deeper right now because of it.