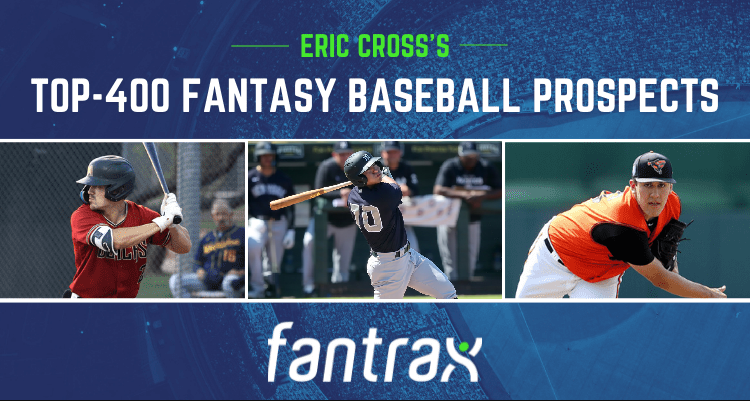 A massive part of fantasy baseball dynasty leagues always has been and always will be prospects. No matter if you’re a diehard to the format or relatively new, everyone loves prospects and wants to establish a rock-solid core on their dynasty team. Having a top-notch farm system can help you replenish when you’re Major Leaguers start to decline and can keep you competitive year after year. And that’s the goal, right? We play dynasty fantasy baseball to have fun and to win. If you play to lose, then I’m not sure why you’re playing, to be honest. So, with all that said, it’s time to dive into an updated top-400 fantasy baseball prospects list on the world. Hopefully, this list helps you build a dominant farm now and into the future.

The 2022 season is off to a quick start, both in the Majors and in the minor leagues as well. We’re seeing plenty of notable prospects off to cold starts and the usual batch of new pop up and breakout names. Where do they all fall in my updated top-400 rankings? Let’s dig in.

What Factors Into These Rankings?

Did you enjoy these rankings? For live 24/7/365 access to them (see changes as they happen) and many more perks, sign up for the Fantrax Toolshed Patreon!