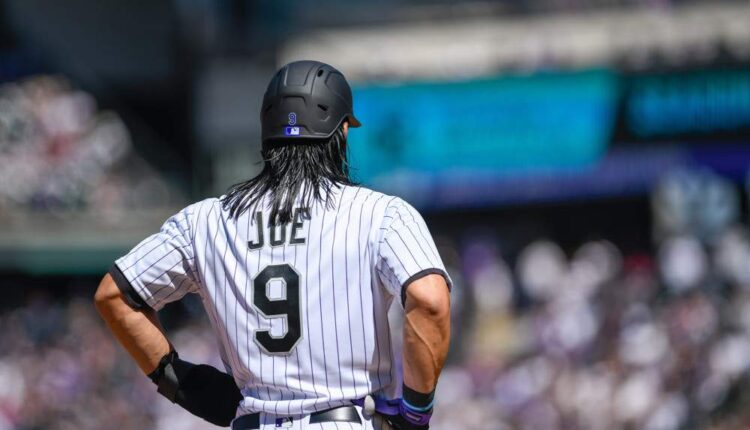 In the blink of an eye, the first week of the 2022 Major League season is in the books. And if you blinked too much, you missed plenty of fun moments and impressive performances at the plate and on the mound. We’ve seen Vladdy Jr go yard three times in a game along with the first career home runs for both Spencer Torkelson and CJ Abrams. Others have been less-heralded names, many of which you’ll find below in this week’s Fantasy Baseball Waiver Wire report.

In the span of just a handful of weeks, Connor Joe went from a popular draft-day sleeper to a possible bench player following the Kris Bryant signing to one of the hottest hitters in the early stages of the 2022 season. Joe has hit safely in five of six games thus far with a steal, four walks, seven runs, and a pair of home runs. This comes on the heels of a strong showing in spring training after emerging as a fantast-relevant bat for Colorado down the stretch in 2021.

Joe has appeared to cement himself as Colorado’s leadoff hitter against southpaws also. Even with a right-hander on the mound, Joe has batted 6th in both of those games behind Blackmon, Bryant, Rodgers, Cron, and McMahon. While he’s not likely to contribute more than a handful of steals, Joe can help fantasy teams in the other four categories and has an outside shot at finishing 2022 as a top-100 player.

Back during draft season, one of my favorite late-round outfield targets was Jesús Sánchez of the Marlins. The former top prospect hit an even .300 in the minor leagues over 501 games while flashing plus or better raw power and a bit of speed as well. That speed has disappeared in the Majors and I’m highly doubting Sánchez ever sniffs .300 again, but that power has certainly translated and gives him plenty of mixed-league intrigue moving forward.

In 64 games with Miami last season, Sánchez connected for 14 home runs with a .489 SLG, .238 ISO, 12.7% barrel rate, and 42.7% hard-hit rate. However, that also came with a concerning 31.1% strikeout rate. While his profile has transformed a bit from his minor league days, his 18.3% MiLB K rate gives hope that he’s not going to have major issues in that department long-term. And over the first week of the season, Sánchez has only struck out five times in 25 PA (20%). Sánchez has really started to heat up over the last several days with three multi-hit efforts in his last four games including a two-homer game against the Angels on Monday.

While the durability history is a red flag, it’s still peculiar to see a locked-in leadoff hitter on a good Major League offense sitting on the waiver wire in over 3/4 of leagues. Does Brandon Nimmo have the sexiest fantasy profile around? Not really. But he gets on-base at an elite clip, scores plenty of runs, and can flirt with a 20/8 type of season over 140+ games. Nimmo missed the first game of the season, but has started and led off for the Mets in every game since, cranking two solo home runs along with a double and a triple to go with a .333/.429/.708 slash line and four walks.

Nimmo has been seeing the ball exceptionally well so far, posting a 23.5% barrel rate, 94.8 mph AVG EV, 58.8% hard-hit rate, and a .608 xwOBACON. He’ll certainly come back to earth a bit, but Nimmo could pace at around 100 runs, 20 homers, and 5-8 steals as long as he’s healthy, hitting in front of Francisco Lindor, Starling Marte, and Pete Alonso. Give him a look if you need outfield help in 12+ team leagues. In OBP leagues, he’s a no-brainer.

This one is more for those of you in 14+ team leagues for now, but Maikel Franco has been pounding the ball thus far. He only has a lone homer to his name through 29 plate appearances, but the quality of contact metrics have been exceptional. Franco has posted a stellar 15% barrel rate, 96.4 mph AVG EV, and an absurd 75% hard-hit rate. Obviously, that hard-hit rate isn’t sustainable moving forward, but his early-season performance as Washington’s starting third baseman has definitely caught my eye. If you need 3B or CI help, or simply have someone to drop, I’d be willing to give this former top prospect a chance to see if this early-season barrage can continue to some degree.

Have a night Maikel Franco!

4-for-5 with a home run, double and five RBIs pic.twitter.com/wak6ywIktY

During draft season, a certain Cleveland Guardians first baseman was considered a sleeper at the position. One week into the season, a Cleveland first baseman has begun to make noise as a mix-league relevant bat, but it’s been Owen Miller and not Bobby Bradley. After Bradley got the start in Cleveland’s first two games, Miller has taken over for the last four and isn’t going to give that spot back while he’s tearing the cover off the ball like this.

In these last four games, Miller has racked up a whopping 11 hits with two home runs, six RBI, and eight runs scored. Nothing in his minor league profile screams fantasy star, but Miller was a .305 hitter in the minors that flashed a 12-15 homer, 5-steal profile. It’s possible he’s adding more power as he matures and the early QoC metrics have been impressive. It’s only four games, so don’t go overboard, but Miller is a fine option if you need help at either first base or second base.

Kyle Wright is the definition of a post-hype sleeper. After being considered one of the top prospects in the Braves organization a few years ago, Wright scuffled during his time at the Major League level, compiling a 6.56 ERA in 70 innings across parts of four seasons entering 2022. He flashed an enticing pitch mix, but never could harness his arsenal well enough to find his footing with Atlanta. That appears to be changing here in 2022 though, or at least, trending in the right direction.

During spring training, Wright allowed just one unearned run in 7.1 innings before tossing six shutout innings against the Reds in his regular-season debut. Wright worked primarily with his sinker and curveball in that first start (84.2% usage) while mixing in seven changeups and five sliders. overall, Wright had a 29.4% whiff rate, which is nearly identical to his 29.3% mark from last season. Granted, both are extremely small sample sizes, but it’s certainly encouraging to see Wright missing bats, headlined by his curveball. Another encouraging sign is the two walks in 13.1 innings combined between spring training and his season debut along with his 76.2% first-pitch strike rate.

Wright could flirt with top-60 SP status the rest of the way, maybe higher if he keeps the walk rate down and continues flirting with a 30% strikeout rate. After four straight (brief) seasons with a strikeout rate under 20% and a walk rate above 14%, I’m excited to see if these early improvements from Wright can stick moving forward.

After spending the last half-decade playing overseas, Nick Martinez has returned to the Major Leagues in style. And by that, I mean he’s head and shoulders better than he was during his first stint in 2014-2017. At least, the early returns are encouraging. Martinez recorded a 3.00 ERA, 0.92 WHIP, and 29.2% strikeout rate in three spring starts, and followed that up with five innings of one-run ball and six strikeouts on the road against division-rival San Francisco earlier this week.

In that outing against the Giants, Martinez didn’t allow a single barrel while recording a whiff rate above 45% on both his cutter and changeup, both of which he threw 18 times. The fastball was a completely different story however with a .500 BAA, .700 SLG, and .524 wOBA. All five hits that he allowed were on that fastball. That’s obviously not encouraging, but Martinez’s whiff rate on his trio of secondaries sure is. Martinez will face off against Atlanta tomorrow before projected starts against the Dodgers, Reds, Guardians, and Cubs.

And before any of you ask about MacKenzie Gore, I’d recommend him in 14+ team leagues right now. However, I’m not sure this is going to be a long stint for him with San Diego.

In case you were busy on Tuesday afternoon working or something else less fun than watching baseball, Matt Brash made his debut and was downright filthy. The kind of filthy that makes you immediately want to take a shower after watching him pitch. Yeah, that filthy. If you want some video proof of this, here’s nearly a full minute of Brash’s filth, courtesy of Mr. Rob Friedman on Twitter.

Is that a baseball or a whiffle ball? That’s a damn good Chicago lineup that he’s slicing and dicing too. Brash did give up a few hard-hit balls, but still managed to limit Chicago to two runs on four hits and one walk over 5.1 innings with six strikeouts. Surprisingly though, Brash’s whiff rate was only 25.6% in this outing, much lower than one would expect given the footage above. That’s because movement alone isn’t responsible for one’s whiff rate. However, Brash showed in 2021 that missing bats is something he’s likely always going to excel in, giving him plenty of fantasy intrigue moving forward.