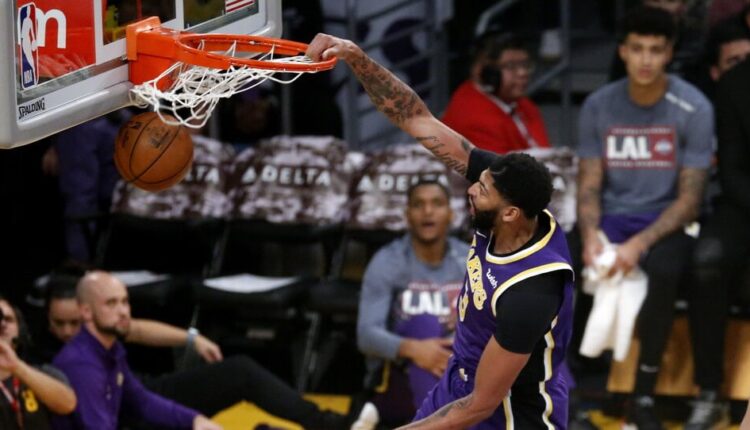 We have reached the Finale of the 2021-22 NBA regular season which means its Awards time with the Fantrax team!  With the play-in tournament finishing up the staff is ready to give there NBA Championship predictions along with some hardware to dish out for the great season that was. Bradlee Kilgore (BK), Bradford Nickerson (BN), Kyle Frank (KF), and Mike Omelan (MO) debate who was the best waiver wire pickup, the best value in drafts, biggest busts, and more. Let’s take a look at the winners and enjoy the NBA playoffs!

Below are the analysts that will be sharing their end-of-season awards for the 2021-22 NBA season. We’ve included their initials so that you know who is who down below, and also their Twitter handles, so you can give them a follow and let them know what you think of their opinions and Championship predictions!

The fantasy MVP is Nikola Jokic for me. He’s my real-life MVP as well. He’s getting the LeBron treatment where he’s so good, we don’t even talk about how good he is anymore, and just expect greatness. 27 points per game, 14 rebounds, and 8 assists. Averaging that coming off of an MVP season? What more can you ask?

I really wanted to see Joel Embiid atop the Fantasy NBA pedestal. He was so close! However, the Fantasy MVP must go to Nikola Jokic. Average draft position (ADP): 1. Fantasy Basketball Rank 1. Jokic delivered the league’s most elite statistics in 74 games, trailing only Karl-Anthony Towns (75), Trae Young (77), Jayson Tatum (76) in games played for elite players. On top of it all, Jokic delivered from the beginning of the season to the end, when many other stars were sitting out entirely.

Nikola Jokic somehow had an even better season than he did last year, consistently putting up video game numbers over the course of a full season. He’s an easy choice for my MVP.

I think we might have to change the name to the Nikola Jokic award. There really is no other choice this season. Total domination across the board throughout the whole season. Impressive.

This is a personal one for me and it has to be Alperen Sengun. I’ve touted the rookie as the next Nikola Jokic. A superstar in the making. I still believe that to be true, but they wouldn’t give him the minutes required to make a jump, because Chris Wood was in front of him on the depth chart. That’s life sometimes. Keep your eye on him next year.

Michael Porter Jr. is an attractive pick here. After a fantastic finish to the 2020-2021 season and with Jamal Murray seriously injured, MPJ was primed to have a huge year. It didn’t happen. Despite the disappointment, nothing can trump the feeling of using a high draft pick on Zion Williamson to lead your fantasy team, seeing him miss the entire year, and then watching him throw down effortless pregame dunks during his team’s playoff play-in game.

Drafted as high as the second round in many leagues, Julius Randle struggled mightily with efficiency this season, as his numbers took a notable dip from a season ago. Combined with his absence during the fantasy playoffs for anyone who was relying on him, Randle did not have the impact everyone was hoping for on draft day.

Isaiah Stewart was garnering quite the buzz during the preseason and his ADP was rising to the 5th and 6th rounds of drafts because there was NO ONE in the Pistons frontcourt. Isaiah Stewart was a colossal failure and couldn’t even crack the top-200 in an awful Pistons lineup. Stewart is no household name, but I won’t let him escape this punishment.

Waiver Wire Add of the Year

I’m going to go with Cam Payne. When Chris Paul got hurt before the All-Star Break, Payne jumped into huge minutes and showed he’s a starting-caliber PG on most teams. There’s no doubt in my mind he was a league winner for a lot of fantasy teams this year.

Jalen Brunson is my pick for Waiver Wire add of the year. Brunson played 79 games at top 100 production. At 16 points, 3.9 rebounds, 4.8 assists at 50% shooting, Brunson has been the perfect role player for championship-level teams.

Desmond Bane gets my vote. The second-year man out of TCU was one of the league’s biggest breakout stars this season, essentially doubling his production in nearly every main category.

Everyone mentioned deserves this award, but my vote goes to Tyrese Maxey who contributed from night one dropping 20 points, 7 rebounds and 5 assists. He helped win fantasy titles averaging 24 points per game over the final week and was a fantasy force throughout the entire season finishing in the top-40.

Best Value of the Year

Jordan Poole is my value of the year. He’s probably locked up the Most Improved Player award, and when Klay Thompson came back, he kept his minutes and basically played the Tyler Herro role for the Warriors. Averaging 19/3/4 has earned him a huge contract in real life, and he’s solidified himself as a bonafide scorer in the league.

This is a tough one. Desmond Bane has been spectacular all year, and in terms of ADP to rank rating, might be the best pick. One could argue for Robert Williams with an insane surge that coincided with Boston’s dominate run. However, I must choose Tyrese Haliburton. In 77 games, Haliburton average 15 points, 8 assists, 1.7 steals, with two threes on 47% shooting. When it mattered most, Haliburton delivered big as a top 10 player during the final two weeks of the season.

My pick is Dejounte Murray. The Spurs guard almost averaged a triple-double on the year, finishing as a borderline top 10 overall player in fantasy hoops, but he was drafted outside the top 50 in most leagues.

DeMar DeRozan had one of the more impressive seasons I can remember from an expectation standpoint. The veteran forward was routinely left outside the top 50-60 in fantasy drafts. DeRozan wasn’t even expected to be a top three fantasy player on his own team let alone number one! Top-seven in the NBA in points and a top-12 rank on the season. Value of the year.

Never Will I Draft Again…

I’m never going to draft Anthony Davis again. It’s the straw that broke the camel’s back for me. I know he’s elite. And I’m not saying he’s soft. I’m sure he plays with pain that most of us couldn’t imagine. That said, I can’t count on him to play. He’s too injury-prone. It’s every year at this point. I’m out.

This might be surprising, but my choice is Malcolm Brogdon. Brogdon is talented, plays multiple positions (PG/SG), and will typically return top 60 production. Unfortunately, he is injury prone and routinely plays less than 60 games per year. Given an ADP of top 60, Brogdon cannot be counted on to deliver when you need it most.

Anthony Davis’s body is made of glass, and he simply cannot stay healthy for more than half the season, yet he is always a first-round pick in fantasy drafts. You can’t fool me again!

I am happy to announce I have been off the Anthony Davis for two years in a row now. Fool me once shame on me, fool me twice and you’re dead. to. me. Malcolm Brogdon is next on my list. After December, Brogdon could not play in back-t0-back games for the life of him! Availability is a huge part of fantasy and Bradford said it best already, he can not be counted on.

This take comes with an asterisk. If Ben Simmons plays, the Nets are the best team in the league. Their only flaw is defense, and Ben Simmons can be counted on that. Kyrie and KD are the two best scorers on the planet, while Drummond, Curry, and Brown fulfill roles that every championship team needs. Simmons is the missing piece for on ball defense and switchability. He’s a critical piece of this team’s future.

This year we will see Chris Paul finally claim his first NBA Championship. The Phoenix Suns are talented, have roster depth, have size, wing defenders, spacing, an elite scorer, and lastly, bad taste in their mouth from losing to the Milwaukee Bucks last year in the finals.

I think this is finally the year that CP3 gets his ring.

The Golden State Warriors return to glory and Stephen Curry wins his first NBA Finals MVP! The Warriors were the most dominant team to start the season with Curry splashing from all angles.  He is back to being healthy and just as important is his splash brother Klay Thompson who is fresh off a 41-point performance last week. The Splash Bros not only have Draymond Green healthy, but their splash triplet Jordan Poole is the X-factor. Thompson and Poole were two of the most dangerous shooters in the NBA over the past month and a healthy Warriors team takes down this year’s trophy.

Fantrax was one of the fastest-growing fantasy sites over the last few years, and we’re not stopping now. We are the most customizable, easy-to-use, and feature-rich platform in the industry, offering the greatest fantasy experience for your dynasty, keeper, redraft, and best ball leagues. Fantasy sports doesn’t sleep, and neither does Fantrax, with seasons running 365 days a year. Take your fantasy leagues to the next level now at Fantrax.com!
fantasy basketball awards
Share