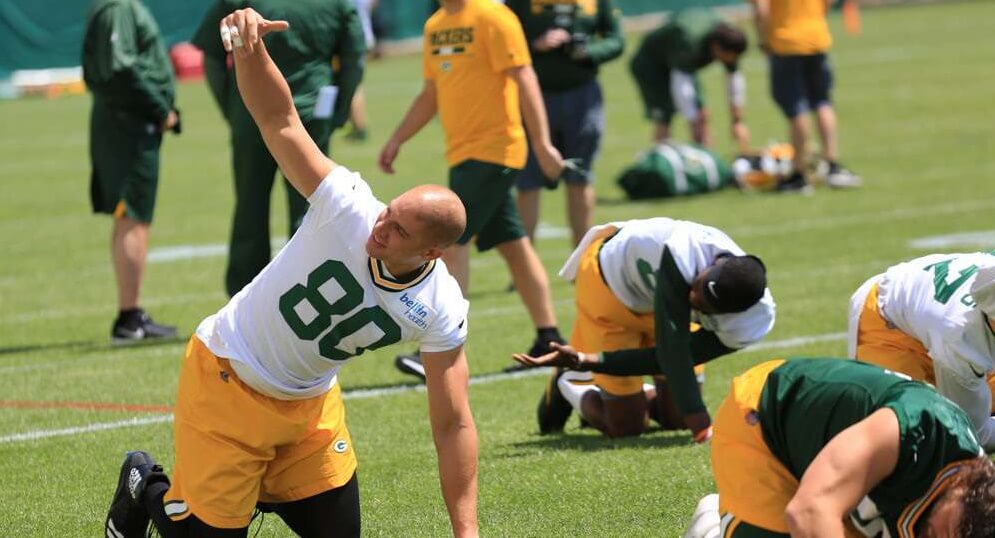 Another week, another major injury for Fantasy players to deal with. Just when we thought we had averted any major Fantasy disaster in Week 4, news broke on Monday night that Green Bay WR Davante Adams will likely miss Sunday’s marquee matchup vs. the Cowboys. That puts a certain Packers WR and TE high on the Fantasy bidding radar as we ready for Free Agent Acquisition Budget (FAAB) battles for Week 5.

There are two teams on byes, the Lions and Dolphins. Unofficially, from a Fantasy perspective, that means one team is on a bye. If you are trying to replace anyone on Miami then you probably play in a 20-team league. The only bummer about not having the Dolphins in action this week is you cannot stream a defense vs. them. Replacing Kerryon Johnson and Kenny Golladay will be priorities this week, and to lesser degrees, you may have to consider fill-ins for Marvin Jones and an injured T.J. Hockenson.

If Matthew Stafford helped lead you to a victory in Week 4, odds are he is not your pure QB1, and you have another respectable option to turn to. With key guys on just one team idle this week, in many cases you can turn to your bench for starters rather than blowing a lot of FAAB. But there are still some interesting pickups to consider.

If your league doesn’t use the FAAB process you should also check out our Week 5 Waiver Wire.

Jordan Howard, Eagles (88 percent owned in FanTrax leagues): You will note the large ownership percentage on our site here, but Howard is more widely available on other platforms and we have to address that, plus advise you on how to proceed if he is indeed available in your league here. Last Thursday against Green Bay, Howard delivered the type of performance we had seen earlier in his career in Chicago, as he ran with tremendous authority and tackle-breaking determination. He rushed for three TDs and totaled 115 yards from scrimmage. Howard is running harder than Miles Sanders and will lead the Eagles RB committee for now, but keep that committee word in mind. Howard, Sanders and Darren Sproles all get quality reps in the Philadelphia mix. Still, it’s hard not to aggressively go after a guy who has performed well before, at a position of constant need in Fantasy Football. Recommended FAAB Bid: 50 percent of your budget if you are RB needy. As we always direct you every week, add another dollar or two to our recommendations to prevail in close bidding results.

Ronald Jones, Buccaneers (82): Another case where a player is widely owned on FanTrax, but may be more available on other platforms or in some cases could be available in your league here. Jones is finally starting to build on his considerable potential and showing new signs of life under the Bruce Arians regime. He has rushed for 150 yards in the past two games and scored in Week 4. Jones finally appears to be moving ahead of stopgap veteran Peyton Barber to become Tampa Bay’s RB1. Recommended FAAB Bid: 35 percent of your budget. He’s gaining momentum but not quite enough for a 40 to 50 percent bid yet, unless you are desperate at RB.

Jay Ajayi, Free Agent (24): He has reportedly informed all NFL teams that he is ready to play in games, and has sufficiently recovered from last year’s major knee injury. Ajayi could lend some help to a team in search of a quality RB contributor, such as his former franchise in Miami or Washington. If a major injury strikes somewhere, he could be signed soon. Missing all of the preseason and a few weeks of regular season action might mean he won’t be a true contributor for a week or two if and when he signs, and Ajayi does have a very detailed list of past injury problems. Recommended FAAB Bid: Six percent of your budget.

Geronimo Allison, Packers (64): Obviously, he has been cut in some leagues because the yardage numbers have been disappointing. But Allison has scored in two of the past three games and with Adams out, he could see his passing game role expand even more in the short term. Recommended FAAB Bid: 30 percent of your budget.

A.J. Brown, Titans (55): He totaled 94 receiving yards and two TDs in what appeared to be a breakout performance against Atlanta. His 55-yard catch-and-run on a slant pattern was a wonderful highlight-reel play, as Brown showed off his considerable separation gears. He has not caught more than three passes in a game, so consistency could be an issue. Recommended FAAB Bid: 16 percent of your budget.

Auden Tate, Bengals (17): He has led the team in receiving yards the past two games with 138 on 10 receptions. A.J. Green does not appear close to returning yet and John Ross has a shoulder problem, so Tate will continue to get some quality opportunities to make his mark in the near future. Recommended FAAB bid: 14 percent of your budget.

Jacoby Brissett, Colts (68): He is available in many leagues outside of the FanTrax universe, as it seems a lot of Fantasy players just don’t believe in him. But he has thrown for eight TD passes in his past three games and 575 yards in his past two outings. Brissett has produced with some notable WR injuries, too. Recommended FAAB Bid: 12 percent of your budget.

Gardner Minshew, Jaguars (43): The numbers are not outstanding, and he is looking better in real life than in Fantasy Football. But Minshew already has three games with two TD passes and could serve you adequately during the upcoming bye weeks. Recommended FAAB Bid: Four percent of your budget.

Jimmy Graham, Packers (69): You will find him available on many free agent lists and in some FanTrax leagues. The Packers are making a real effort to get him more involved in the flow of the offense, and the Adams injury assures him of more frequent targets in key situations in the shorter term. Aaron Rodgers will look for him a lot in scoring situations. Recommended FAAB Bid: 32 percent of your budget.

Chris Herndon, Jets (51): He will return from a suspension soon, and Sam Darnold may be back within the same time frame. Herndon was a pleasant surprise as a rookie last season and is worth stashing at a thin position. Recommended FAAB Bid: Four percent of your budget.