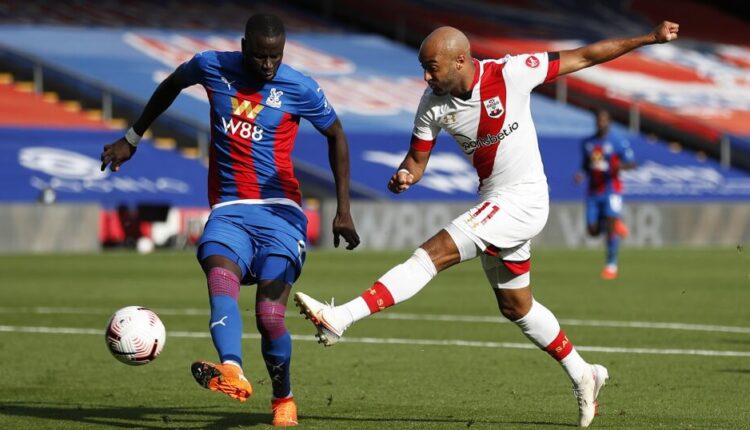 Our Gameweek 24 Sleepers XI article provides Fantrax managers with a lineup of Fantasy EPL hidden gems.  Our starting eleven of Draft Premier League differential picks will help you find a golden ticket to a big score this weekend!  These hints and tips will give you a better chance of picking up an all-important victory, as one of our Fantasy EPL sleeper picks could easily make the difference in a Head-to-Head game!

I’m refraining from falling into a potential Double Gameweek trap for my Gameweek 24 Sleepers goalkeeper, despite Alphonse Areola being within my ownership threshold. Instead, I’m backing Robert Sanchez (27% ownership) once again as the Brighton shot-stopper faces Aston Villa. The Seagulls are in really good defensive form, and Sanchez has been particularly impressive in recent weeks. The Spaniard has stepped in for Mat Ryan and looks very assured in Potter’s side. Brighton faces Crystal Palace and West Brom after this weekend, so Sanchez looks to be a really strong option for the next few weeks.

I’m kicking off my Gameweek 24 Sleepers XI defense with a couple of Double Gameweek legends (I hope). Kenny Tete (33% ownership) has proved his fitness, and his Fantrax points-scoring ability, in recent weeks, but is still a free agent in way too many leagues. Fulham faces Everton and Burnley this week, and Tete has to be signed if you can. Look at Tosin Adarabioyo (20% ownership) if Tete is taken. I’m also backing Matthew Lowton (21% ownership) of Burnley, as the Clarets face Crystal Palace and Fulham in Gameweek 24. The Englishman has been fairly average this season, but Burnley could realistically walk away with two clean sheets this period.

From the low ownership players with a single game, I’m picking Craig Dawson (42% ownership) and Joel Veltman (19% ownership). Dawson has averaged over 10 points per game in his 8 games so far this season, due to a steady stream of clean sheets and attacking returns. The Hammers face Sheffield United this weekend, and I’m backing them for a clean sheet. Veltman on the other hand doesn’t need clean sheets of attacking returns. The Dutchman is a ghost points machine right now. He missed the victory over Liverpool, but returned for the 1-1 draw with Burnley and gained a solid 7.5 points. As mentioned above, Brighton faces Aston Villa this weekend.

The Double Gameweek 24 Midfielders to make the side are Ashley Westwood (57% ownership) and Ruben Loftus-Cheek (24% ownership). Westwood has had a fairly average Fantrax season so far, but it’s undeniable that he’s an influential player for Burnley. He makes them tick, and his 7.5 points against Brighton is encouraging. The games against Crystal Palace and Fulham should result in a double-digit score for the Englishman. I’m also backing Loftus-Cheek ahead of Fulham’s games against Everton and Burnley. The Chelsea loanee will hopefully gain a double-digit score, with potential for a massive score if the attacking returns finally arrive! Harrison Reed (12% ownership) is a decent alternative for the Gameweek 24 Sleepers XI.

Joao Moutinho (52% ownership) makes the team after two really strong performances. Hopefully, this is a sign that the veteran midfielder is rediscovering his Fantrax form from last season. The Portuguese international gained 14.5 and 12.5 points in his last two outings and faces a trip to a Southampton side on poor form.

And finally, I’m backing Nathan Redmond (34% ownership) in the Gameweek 24 Sleepers XI Midfield. I picked the Southampton man last week and he gained 13 points without any attacking returns. There are a few good reasons to pick-up Redmond if he’s free in your Fantrax league. Saints have quite a few injuries and form issues, so he should be starting every game for the foreseeable future. Redmond has historically been a very good Fantrax asset, as his style of play suits the scoring system well. And probably most importantly Southampton has a Double Gameweek 25, so pick him up now in anticipation for that!

Oliver McBurnie (43% ownership) made a triumphant return to the Sheffield United starting eleven in Gameweek 23, so I’m backing him in my Gameweek 24 Sleepers XI. The Scottish forward gained 7.5 points during the defeat to Chelsea, courtesy of 3 Key Passes and 5 Aerials Won. I’m backing McBurnie for another start this weekend, and a solid ghost points display against West Ham. My final pick is a punt on a Double Gameweek 24 forward; Ivan Cavaleiro (34% ownership). The Fulham man has a decent floor of points, and although he isn’t guaranteed to start both games I think he’s worth a punt. Cavaleiro is a decent FWD3 for most Fantrax rosters.

Bobby Decordova-Reid (20% ownership) and Ashley Barnes (16% ownership) are also decent punts for Double Gameweek 24. As well as Matej Vydra (2% ownership) if Chris Wood is unable to prove his fitness ahead of this weekend. Vydra scored really well for ghost points last weekend.