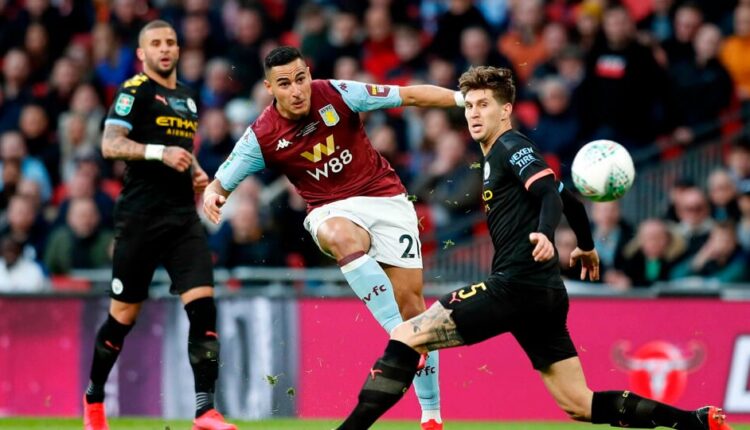 Every Fantrax manager knows that Waiver Wire and Trade acquisitions can make or break your Fantasy EPL season.  This Gameweek 15 Waiver Wire article is here to help managers pick up the best Draft Premier League players possible, as well as suggest players to potentially target for a trade with a fellow manager!

Here we outline Fantasy EPL Gameweek 15 Waiver Wire Targets that have 40% ownership or below on Fantrax.  These players will also have a favorable run of fixtures upcoming, so they could perform very well over the upcoming period!  Trade Targets will be players who look set to do well over the upcoming period, but their ownership statistics suggest they are probably taken in most draft leagues!

Prospects: Let’s kick off this Gameweek 15 Waiver Wire article with the most obvious recommendation known to man. Pick up Anwar El Ghazi if he’s still free in your Fantrax league! Let’s breakdown his recent events:

So that’s 69 points during 195 minutes of EPL football from El Ghazi. Incredible.

Verdict: I expect El Ghazi to remain in the side for the time being, with Trezeguet the man to miss out. Bertrand Traore is another decent shout from the Villa midfield, but Barkley is likely to take him out of the side very soon. I would use a top tier waiver wire claim for El Ghazi ahead of Gameweek 15, and around $10 FAAB.

Prospects: I picked up Tosin Adarabioyo ahead of Fulham’s Gameweek 14 match against Newcastle, and I wasn’t disappointed. The young center-back gained an assist en-route to a good 14.75 point score. Take away the assist and Adarabioyo put up 8.25 points in ghost points due to aerials, interceptions, and clearances. Fulham is a much-improved side, and one I would be confident starting one of their defenders in most games.

The Cottagers face Southampton at home in Gameweek 15, and they are likely to be missing star striker Danny Ings. Backing Adarabioyo is a pretty decent shout ahead of the Boxing Day fixture.

Verdict: I would use a low-end waiver wire claim on Adarabioyo ahead of Gameweek 15, or $0 of my FAAB budget. He’s a decent asset, but not worth spending your hard-earned FAAB on!

Next Fixture: Manchester City (Away)

Prospects: This is more of a longer-term Gameweek 15 Waiver Wire pickup. I’m featuring Ryan Fraser here for the same reason that I put him in my Gameweek 14 Sleepers XI – he should be a decent asset between now and the end of the season. The Scottish international midfielder has struggled with is fitness since arriving at Newcastle, but that isn’t surprising after sitting out the last few months of his contract with Bournemouth earlier this year.

Fraser gained 19 points during his Gameweek 13 start, which shows his potential. He should start this weekend after an abject Newcastle display against Fulham, although the Magpies do play Manchester City! You will probably need to bench Fraser this weekend, but he’s a good asset to acquire if you have space in your roster to be patient with him.

Verdict: Like Adarabioyo, I would use a low-end waiver wire claim on Fraser ahead of Gameweek 15, or $0 of my FAAB budget.

Prospects: I’m refraining from finishing this Gameweek 15 Waiver Wire article with a Scott McTominay recommendation. Is the Manchester United midfielder ever going to score anywhere near 37 Fantrax points again? Highly unlikely. He also left the field with a potential groin injury. Instead, I’m backing one of Roy Hodgson’s favorite pupils, Jeffrey Schlupp.

The Ghanaian international midfielder gained 11.5 points during a 7-0 defeat to Liverpool. That is ridiculous. Crystal Palace was shocking, but Schlupp someone managed to post an impressive ghost score! Hodgson does really like him, and although he will miss out on the odd game, he is in the best eleven.

Verdict: I would look to use a mid-tier waiver wire claim on Schlupp ahead of Gameweek 15, or $1-3 FAAB. He’s a midfielder you should be able to hold for the foreseeable future as a MID4 or 5.

Prospects: Get rid of Sergio Reguilon. After an encouraging start to life in the Premier League, the Spaniard’s points-scoring ability has fallen off a cliff. Mourinho seems to have put shackles on Reguilon, limiting his attacking runs forward, and limiting his Fantrax potential. The Tottenham left-back offers pretty much nothing apart from clean sheet potential, which is not what we’re looking for in this game! His last five scores have been: 3.25 (with a clean sheet), 10 (with a clean sheet), 2.25, -1, 2.25.

Verdict: I would try and swap out Reguilon for a defender who offers a decent level of ghost points, as well as clean sheet and attacking return potential. Look towards full-backs from lower profile Premier League teams such as Coufal, Cash, Lamptey or Antonee Robinson. These types of players offer much more than Reguilon right now.