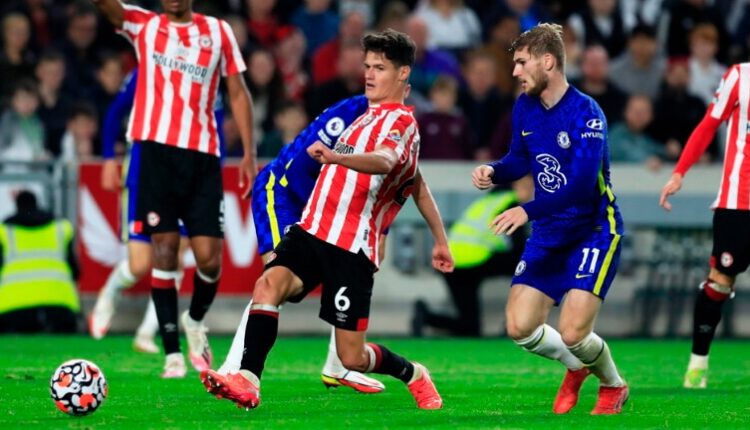 Every Fantrax manager knows that Waiver Wire acquisitions can make or break your Fantasy EPL season. This Gameweek 12 Waiver Wire article is here to help managers pick up the best Draft Premier League players possible, as well as suggest players to potentially target for a trade with a fellow manager!

Here we outline Fantasy EPL Gameweek 12 Waiver Wire Targets that are 40% rostered or below on Fantrax.  These players will also have a favorable run of fixtures upcoming, so they could perform very well over the upcoming period!

We’re all about matchups this week. These three low-key balled out over the weekend and have the added bonus of going up against poor opposition next GW. Improve your roster over the International Break by picking up these diamonds in the rough!

Prospects: Musical chairs in the Brentford midfield have seen many managers trying to decide who to roster for this nice run of fixtures for the Bees. Matthias Jensen stood out of the pack this GW with over 20 points (without an assist or goal) despite a poor team performance against the previously winless Norwich City. Jensen, who often takes the majority of set pieces, was omnipresent and clocked 7 Key Passes and 4 Successful Dribbles. This bodes well for another good matchup (on paper at least) at Newcastle after the International Break.

Verdict: I would use a mid-range waiver claim or 5-8% of my remaining FAB on Jensen.

Prospects: Patrick Vieira has this Crystal Palace team fit and firing, with his troops picking up an impressive 2-0 win over Wolves this weekend. The stout defense kept a clean sheet and Cheikhou Kouyate was a big reason for that. Kouyate dropped 15 points with an impressive 5 Tackles Won. With Burnley coming up, there is a good chance they keep the moment going, with Aerials up for grabs and the potential for another clean sheet.

Verdict: I would use a low-range waiver claim or 3-5% of my remaining FAB on Kouyate.

Prospects: The Antonio Conte revolution has taken over at Tottenham and some players have survived while others have been revived. Ben Davies is one of the latter, receiving a new lease on life as a CB in Conte’s back 3. In Conte’s Premier League debut v Everton, Davies delivered a nice 15 point haul, with a Key Pass and a good mix of defensive stats. With Conte getting more time to work with his new group of players over the International Break and a nice run of fixtures forthcoming – Leeds, Burnley, Brentford, & Norwich – there likely won’t be a better time to roster Spurs defenders, including Davies.

Verdict: I would use a low-end waiver claim or about 3-5% of my remaining FAB on Davies.

Also, check out our latest article in the Start or Sit series.

Did you enjoy our Gameweek 12 Waiver Wire? Want even more Fantasy EPL content? Check out The Draft Society, the official content providers of Fantrax HQ! They can also be found @Draft_Society over on Twitter.