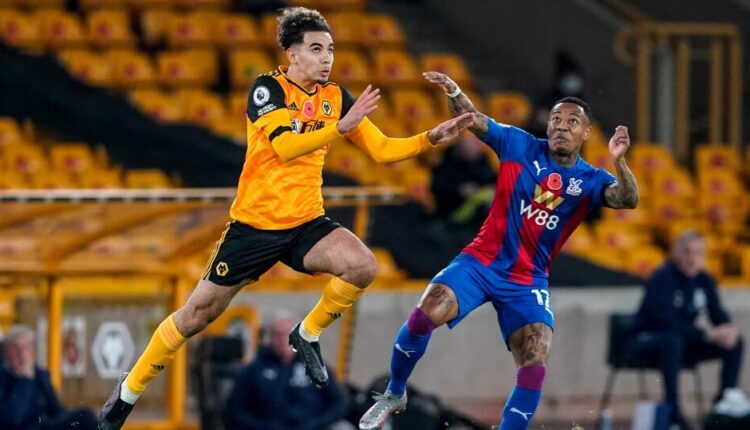 Getting your team selection correct in Draft Premier League is just as essential as your pre-season draft or your weekly waiver wire claims. And that’s exactly why we’re here to help with our Gameweek 11 Start and Sit article! We’re here to talk you through some of the big Fantasy EPL decisions you may need to make for the upcoming fixtures.

For our Start and Sit candidates, we’re going to highlight one player in detail for each position, as well as suggest a few alternatives. Let’s get to it!

Finally, the young Frenchman is getting a run in the first team, and boy has he grabbed the opportunity with both hands! Marcal and Semedo’s struggles so far this season might have resulted in managers losing trust in the historically reliable Wolves wing-back/full-back spot, but it seems that their low scores this season were more to do with the players themselves and less to do with tactics. Ait-Nouri has scored double-digit points in both of his starts and got an assist from a corner last week. The fact that he is on some set pieces makes him even more valuable for a possible season-long hold.

When his transfer to West Ham was finalized most of us envisioned the Zouma of Lampard’s Chelsea showing up but unfortunately this has not been the case. Rarely an attacking threat, with corner routines not (yet?) aimed at getting him in a scoring position and in the middle of a difficult fixture run, Zouma has been hovering just above droppable level. Liverpool is really not an ideal game for him as most of Liverpool’s attacks are either crosses zipped in low from TAA or start with dribbles in and around the box. Neither of those is very enticing for a defensive asset who mainly gets his points by winning aerial duels from floated crosses.

Another week, another Brighton midfielder to mention. March seemingly lost his spot when Cucurella arrived on deadline day, but a perennial Potter favorite, his manager managed to find a spot for him higher up the field which helps his fantasy value even further. Pascal Gross missing out last week meant that he had almost full command of set pieces, so look out for the lineup and expect points accordingly.

John McGinn’s value seems to be intrinsically linked to his command of set pieces in this tactically ever-changing Villa side. The introduction of Bailey and Buendia as legitimate threats to his set-piece monopoly (in the absence of Luiz) make McGinn a very risky play against a Southampton side known for stifling midfielder creativity.

I have been vocal in my admiration of Lacazette on the Key Pass Collective Pod time and time again. I believe that when hitting top form, he is one of the most instinctive, goal-sensitive strikers of the Premier League. After sitting out the early part of the season, he has started the last 2 games and arguably put in MotM performances in both. The only thing missing was his attacking returns. Playing against Watford seems like a perfect fit for him to finally get on the scoresheet.

Bryan Mbuemo vs NOR

One of the perfect examples where Fantrax Default Scoring just cannot tell the whole story about a player’s contributions in real life. Against Spurs, in the tactical shift to 3 at the back and 2 up front, Cavani took center stage with his relentless and smart pressing and positioning and eye for goal. Unfortunately, FDS does not reward these categories well and his points suffered. Going up against Man City I expect him to only be able to put up a decent score if he gets an attacking return, which betting agencies give a measly 25% odds for.