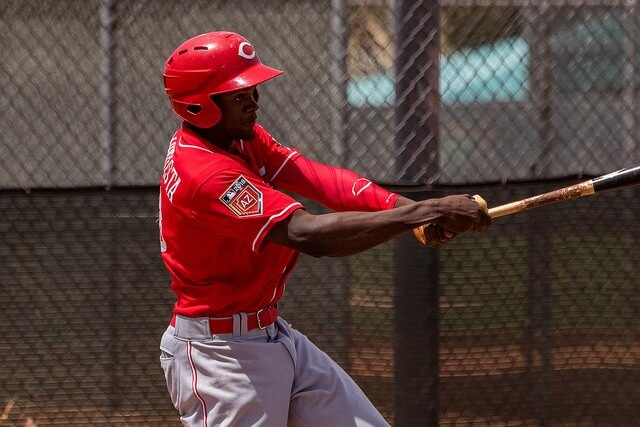 After cruising up the West coast of the National League landscape with some breakout NL West prospects last Friday, we all pile in the family station wagon today and head a little further East to talk about the National League Central. As a whole, the NL Central isn’t as prospect sexy as the NL West. There’s no San Diego type systems here and if you go off my system grades from my top-25’s this offseason, two of the five worst systems as a whole reside in this division, Milwaukee and Chicago.

But wait just one second. That doesn’t mean there are some prospects on the rise that begging for some attention like a dog waiting for its dinner or a cat that you haven’t patted in 2.5 seconds. I even found three in the Cubs system. Gasp! Without further ado, here are your prospects on the rise in the NL Central.

Note – I did not include prospects from my top-50 overall rankings.

After three straight seasons hitting .320 or better in Rookie ball, it’s time to put Mariel Bautista on the map as he likely advances to Single-A in 2019. During his time in the DSL, Arizona League, and Pioneer League, Bautista flashed an above-average hit tool and plus speed, and his average to above-average raw power finally started translating into games last season with 24 extra-base hits (eight homers) in 56 games. There’s enough raw power here to approach 20 homers and the speed to match and exceed that. One thing I would love to see him do before feeling confident about his hit tool longterm is using the whole field more. Bautista has pulled the ball over 50% of the time in each of his four seasons, something that will likely be exposed by more advanced pitchers in Single-A and Double-A. Still, the upside here is worth investing in.

Once you get past the top guys, Mike Siani was one of my favorite players from the 2018 FYPD. An exceptional athlete with plus speed and strong defense in the outfield, Siani has a real chance to push for top-100 overall prospect status by this time next season. The speed should translate into 25-plus stolen bases more often than not and there’s some sneaky good pop here as well, with the potential for some 20-homer seasons. But like with Bautista, the question about how much average Siani hits for moving forward is the real question. A question I expect him to answer in a big way.

Siani has phenomenal bat speed and has shown that he can use the entire field with clean swing mechanics. Projecting a .280 average for him is something I feel fairly confident in. Obviously, it’s still very early, but there’s a lot to get excited about here.

No team got a lower grade this offseason from me than the “D” I gave the Milwaukee Brewers. Outside of Keston Hiura, this system gets shallow quick, but there is some upside lurking with Joe Gray. A common theme in this article, Gray has a tantalizing power/speed blend with questions about his overall contact skills and plate approach. The 18.4% walk rate sure was nice, but remember, that was only in 77 at-bats.

While his hit tool is worlds behind Keston Hiura’s, Gray’s power/speed combination is tops in the Brewers system. As of now, Gray is more speed than power, but as he develops and adds strength, I expect that to flip-flop. The upside here is a 25/20 outfielder, but whether Gray reaches that is all up to the development of his hit tool. If he can just be a .250 hitter, expect him to be a big riser up prospect rankings.

In my Pittsburgh Pirates top-25 prospect list back in early-January, I ended the section about Jared Oliva with the following:

“Grab some Oliva dynasty stock now or regret it later.”

I know, it’s going to take more than 10 words to make people want to hop aboard the Oliva train that I’m conducting. So here’s a little more. How about plus speed, an advanced feel for hitting, and the upside for 15-20 homers? I’d be grabbing Oliva in any dynasty league that rosters 250 or more prospects right now. The skills are there for him to be an above-average offensive outfielder.

The more I watch #Pirates Jared Oliva, the more impressed I am. This guy really has no weakness in his game. pic.twitter.com/8Ea8EuU5As

This is likely the last time you’ll see Jhon Torres outside the top-100. Plan accordingly. The soon to be 19-year-old Colombian outfielder is a middle of the order slugger waiting to happen. He’s big at 6’4 and has displayed natural plus raw power already with more power projection down the road as he continues to mature physically and add strength. While power is his carrying tool, Torres has shown that he can hit for average and work a walk as well, a promising sign as he advanced to Single-A in 2019. If Torres can continue to make consistent contact to go along with his 30-plus homer pop and double-digit speed, a spot in my top-50 overall could be calling his name very soon.

Another rookie ball phenom in the Cardinals system, this one with even more offensive upside than Torres. Nunez signed for just $300K last July and then proceeded to demolish the DSL as you can see by his stats above. He might only be 18-years-old, but Nunez is a bad, bad, man in the batters box. With easy plus raw power, lightning-quick bat speed, and an advanced feel for hitting, it’s easy to project big things for Nunez down the road as a player capable of hitting for a high average and plenty of power. He’s already cracked my top-100, and with his tools, this is just the beginning.

You’re not going to find Rochest Cruz in either the MLB.com or Baseball America Cubs top-30 lists. Shame on them. Granted, those lists aren’t exactly geared for dynasty leagues, but there’s plenty to like about Cruz, a speedy infielder who can’t seem to find a defensive home. Cruz spent time at second, third, and short last season and it’s still up in the air on which position he settles in at down the road. But one thing is for certain with Cruz and that’s his intriguing offensive skill set.

Throw power out the window, as he only projects as a 5-10 homer guy, but Cruz makes up for that with his 70-grade speed and an advanced approach at the plate. That approach led to more strikeouts than walks last season, finishing with a 15.5% walk rate and 10.4% strikeout rate. Yes, it was the Dominican Summer League. Yes, we always need to take numbers from rookie leagues, especially the DSL, with a grain of salt. However, Cruz isn’t on this list due to his stats. Cruz is here because he has the offensive tools to really make a strong move up prospect rankings over the next year or two. Worth a look in deep dynasty leagues.

As a whole, the Cubs system is one of the worst in baseball. No doubt about it. But if you take a look at some of the guys that entered this system in 2018, you’ll find some names to target in dynasty leagues, especially with the players they took in the first two rounds of the 2018 FYPD. The second of their three second-round selections was Cole Roederer, a high school outfielder out of California that has the potential to really make some noise in 2019.

Outside of Nico Hoerner, the Cubs first round pick, Roederer arguably has the highest upside of anyone in this Cubs system due to his power/speed blend and feel for hitting. He wasn’t a big power guy coming out of high school, and still isn’t, but Roederer added some strength and loft to his swing, enough to project him as a 20-25 home run hitter moving forward. While he might not have one of the bigger names in the 2018 FYPD crop, Roederer has the tools to surprise and become one of the better dynasty assets from this class. He’ll advance to the Single-A Midwest League in 2019, which will be a good test for him.

Right now, speed is the name of the game when it comes to Brennan Davis. Another 2018 2nd round pick by the Cubs, Davis possesses easy plus speed, but that’s not the only thing to get excited about with him. At 6’4, Davis has flashed above-average to plus raw power and should begin tapping into that once he adds some strength to his lanky frame. His speed will always be his most prominent offensive tool, but don’t be surprised if his power progresses to the point where he’s a 20-plus home run hitter annually down the road.

The only question I have about him is if he can continue to make enough contact moving forward to fully unlock his power potential. His rookie league showing was a good start, but he’ll need to keep that going against more advanced pitching in the Midwest League this season. With his plus bat speed and solid hand-eye coordination, I think Davis should be able to sustain a .260-.270 batting average for the most part, which should allow his power to play.