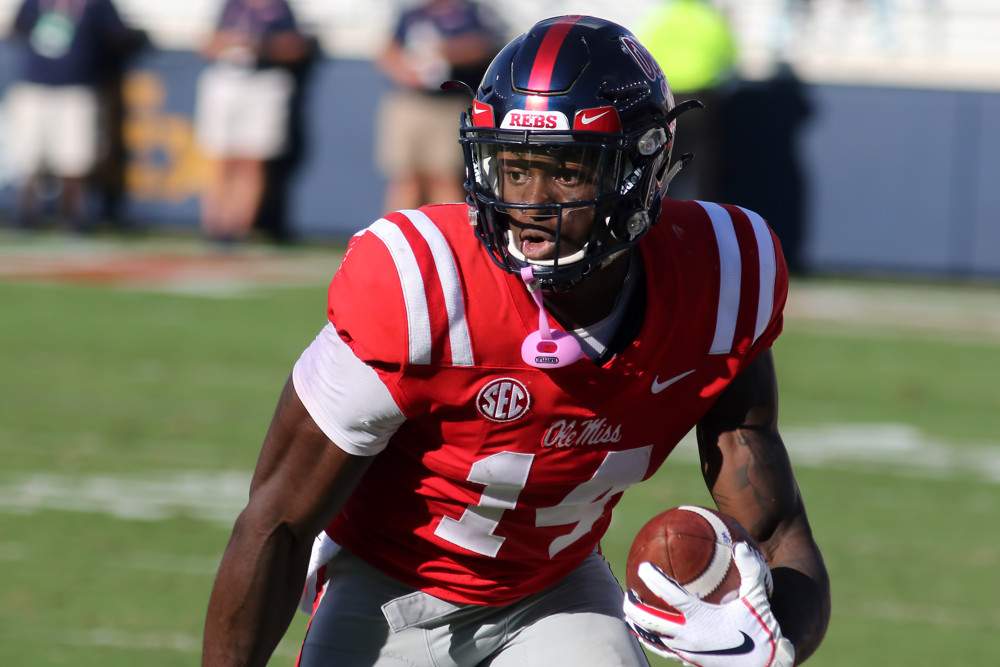 The NFL season never stops. Even though this is technically the offseason, there is still free agency, the NFL draft, and before you know it you will be asking who should you start Week 1. That means that Fantasy Football is the game that never sleeps. With the big free agency splashes mostly wrapped up it is time to start looking ahead to the NFL draft.

After all the signings, we now have a better sense of what positions teams will be looking to address in the NFL draft. I will be discussing this from a skill position need, cause let’s be honest, that is what we really care about in fantasy football!

Drafting rookies is tough, because not only are you banking on their talent translating to the NFL level, but you are also hoping a team uses them properly. But never the less, there are always a ton of rookies that come with fantasy hype. Remember all the running backs a year ago? This year is more of a receiver year, in my opinion, but knowing what needs a team has will give you a jump start on knowing which fits are wise to invest in for fantasy, and which will give you a Ronald Jones-esq regret!

The Ravens have a huge, glaring need at wide receiver. John Brown is now in Buffalo and Michael Crabtree is a free agent and disappointed with Baltimore just last year. Willie Snead is currently their No. 1 wideout. After him, they currently have Chris Moore, Jordan Lasley, Quincy Adeboyejo, and Jaleel Scott. Yeah, not a lot of household names. While the Ravens go three deep at tight end, they will need to address the receiver position and put weapons around Lamar Jackson.

They do not have a second round pick, so it makes sense that they would target a receiver in the first or third round. D.K. Metcalf may not fall to the Ravens, but he would be a good fit as he provides a deep threat and a red zone weapon. He is not without flaws, but he would be a fit. Marquise Brown, cousin of Antonio, is an absolute speedster who unlike Metcalf, can run every route. He is a no-brainer as a John Brown replacement, but this would be a poor fit for his fantasy value as the Ravens pass game will be inconsistent. A receiver to the Ravens will help Lamar Jackson’s value more than the actual receivers.

The Cardinals have Larry Fitzgerald and Christian Kirk but not a whole lot outside of that. Kevin White, Chad Williams, and a whole lot of options you haven’t heard of are the depth for the Cardinals. Whether they roll with Josh Rosen or end up moving on and drafting Kyler Murray, the Cardinals should target another receiver in the draft. Don’t expect them to address the position with the first pick, but a name that may still be there in the second who would make sense to me is Parris Campbell. He not only ran the fastest 40 of all WRs, but tied for fastest at the 2019 combine. He has the speed necessary to be the Cardinals deep threat this season.

The Broncos still have a desperate need at QB no matter what John Elway thinks. Joe Flacco is 34 years old and while his GM thinks he is just entering his prime, we know that is not the case. Flacco has thrown for less than 4,000 yards in 10 of his 11 NFL seasons and has thrown 20 TDs or fewer in four straight. He is not the answer and the Broncos will be drafting a QB. Drew Lock seems to be the safe pick, as he is tall which seems to be Elway’s lone requirement.

The Texans have a ton of weapons on offense. They have arguably the best WR in the game along with great complimentary weapons in Will Fuller and Keke Coutee. However, they do lack options at the tight end position. While I do not expect them to be in on either of the two big Iowa guys, they could still add some talent there in the later rounds. Keep an eye on this situation.

The Colts added Devin Funchess in free agency, which is nice, but not a game changer. Funchess saw declines across the board in 2018 and then the Panthers let him walk. He is best utilized in the red zone, but the Colts need more production from the wide receiver position. While I hoped they would sign one of the bigger name WRs in free agency, they should draft one in the first two rounds. One name to watch is Kevin Harmon, who is not the fastest but is a great route runner. I would also keep an eye on N’Keal Harry, who I think has the upside to match most receivers in this class. Harry matched Metcalf for most bench reps among WRs and ran a 4.53 40. He also put up big numbers in his final two seasons at ASU. He would be a fun addition for the Colts.

The Jaguars have a new QB in Nick Foles, now they need to work on surrounding him with the proper weapons. First, Dede Westbrook is the weapon to own right now in the Jags passing game as Foles loves to target slot receivers. Still, outside they have Keelan Cole, a returning Marqise Lee, and not much else. At the tight end position they have Geoff Swaim, formerly of the Cowboys. Outside of Dede, there is no one I would be excited about drafting in Fantasy Football. They could look to draft someone like Irv Smith Jr. in the second round. Smith is a big bodied tight end who showcased his receiving skills this year in Alabama. If it wasn’t for the Iowa talents he may be going in the first round. The Jaguars should take advantage of that and provide Foles and fantasy teams with another weapon.

The Vikings have two of the best WRs in the NFL. But wouldn’t it be fun if they added a third option? I know it may take some targets away from Kyle Rudolph or Dalvin Cook in the passing game, but the Vikings should look to upgrade from Laquon Treadwell. They should be able to nab someone like N’Keal Harry in the second round, which would not be the most ideal fit for Harry, but would help the Vikings a ton. If this is the case, I would expect Harry to have some big games, but good luck guessing when. I hope he ends up on a team without two stud WRs, but again, do not be surprised to see the Vikings address this position.

The Dolphins made a splash and signed FitzMagic to be their starting QB. Everything points towards them tanking this season for Tua. However, the Dolphins may elect to draft a QB this year if one was to fall. If Drew Lock or Daniel Jones was to fall, I can see the Dolphins pulling the trigger there. A year of tanking is a long thing to sell to fans in the NFL.

The Patriots sport a roster full of slot receivers. They have Julian Edelman, Bruce Ellington, Maurice Harris all who have a large history playing in the slot. Out wide they have Phillip Dorsett but could look to improve in that area in the draft. Just a year ago they entered the season with Dorsett but quickly tried to improve to Josh Gordon. Some potential fits include N’Keal Harry, or A.J. Brown, who despite his size has experience playing out wide and in the slot. Either way, if the Patriots add an outside weapon for Tom Brady the player will garner hype. Remember all the Chris Hogan hype just a year ago? This move will have fantasy implications!

Keep an eye out for Part 2 which will drop later this week!