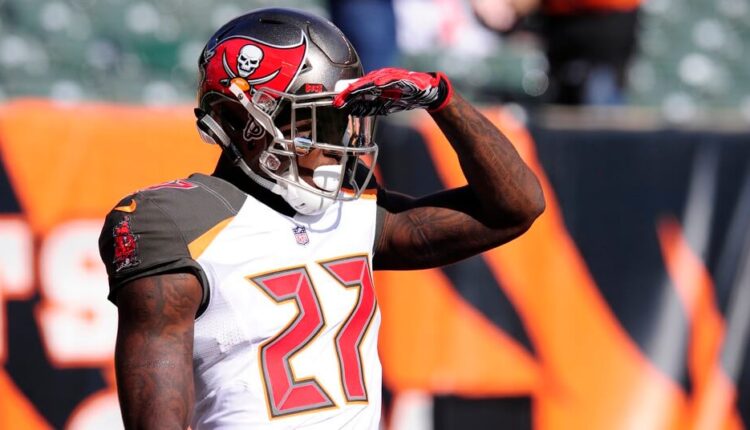 As I always say, fantasy football sleepers are dead! The notion that in our internet age of information that no stone has been unturned is simply laughable. However, that doesn’t mean there aren’t ADP opportunities. For a myriad of reasons, certain players have either a negative stigma attached to them or lack of faith from fantasy owners. That sometimes even happens to players coming off of good seasons. Some still refuse to “buy-in”, even if the price is reasonable. That’s simply unreasonable!

All of these Fantasy Football Sleepers can be drafted between #75 and #175 overall ADP on Fantrax.

Bleak. Desolate. Barren. These are all words that describe the tight end pool in fantasy this season once you get past the top few names. The soft, cushy middle tier of the Delanie Walkers and Gregg Olsens has all but disappeared on us, but the good news is there may be one crafty veteran left. His name, Jared Cook. After some uninspiring seasons with the Packers (who never really utilized the position much), Cook threw down an 896-yard season with 6 TDs for the Raiders. Now, he finds himself in one of the best offenses in the league and possibly as the third option in the passing game. He has the upside for double-digit TDs in this offense and comes with far less risk than the rookie TEs or the ancient veterans of the position. He’s being overlooked based on an underwhelming career, but that wasn’t all his fault. He was a victim of circumstance I tell ya! This is 2019 and this Cook is in a new kitchen. (I immediately regret that pun and apologize for my transgression.)

It was a lost season for Ronald Jones. Part of it was on him, but part was also on Dirk Koetter. Enter Bruce Arians and a new offense. Now, Jones has a shot at redemption and all that stands in his way is Peyton Barber. If he can’t beat out Barber for the No.1 job, then he deserves the tag “bust”. Plenty of RBs fail in year one and bounce back. Look at Melvin Gordon, who bombed year one then had 10 TDs and almost 1K yards in year two. The price is right for the risk, and Jones could at the very least have TD upside in standard formats. Don’t forget all the reasons everyone was high on Jones this time last year. Short term memory loss can hurt your fantasy game. All those same reasons are still valid in 2019, and he’s in the hands of a vastly superior offensive mind.

I know, I know, here we go again. But if I can just have a minute of your time. Look, Lamar Miller is perpetually underwhelming and the Texans offense is strong enough to give multiple backs fantasy value. D’Onta Foreman has never been the picture of health, but he’s down to 230 lbs. and playing for his football life in 2019. Sometimes good things happen when a player’s back is against the wall. Plus, the Texans want him to push for the job! That’s an important part of this equation. They’re not thrilled with Lamar Miller, but they end up settling for him. Unlike Derrius Guice, Foreman is practically a free RB late in drafts who has the upside to ultimately take the starting job. Even the second-best scenario of him splitting carries is a step in the right direction for his fantasy value. If the third time isn’t the charm, it will cost you next to nothing to be wrong. Also, I will let you yell at me afterward on Twitter.

Over his last 4 games when DaeSean Hamilton was actually healthy, he averaged 6.5 receptions for 45.5 yards and .5 TD. Now, a lot of Hamilton’s value lies in the health of Emmanuel Sanders. Achillies injuries are notoriously difficult to come back from and if Hamilton gets off to a hot start, he may run away with the slot receiver job. At No. 155 overall, the upside in full PPR is huge. Joe Flacco isn’t an enormous improvement at the quarterback position, but an improvement nonetheless. Courtland Sutton may be getting more of the hype this offseason, but Hamilton is the better return on investment. In fact, this whole WR receiver corps falls into the “fantasy football sleepers” concept. People are negative about Joe Flacco but never bet against a malcontent with a chip on his shoulder. He has a far more complete set of weapons in Denver than he did in Baltimore.

The Packers new offense fits Marquez Valdes-Scantling quite well, at least in theory. If the rumors are true that Aaron Rodgers punished Valdes-Scantling for running the “Mike McCarthy routes” instead of the ones Aaron Rodgers wanted him too, then perhaps he can make more of himself in 2019. Considering he had one of the better separation rates of any wide receiver in the NFL in 2018, there’s plenty of potential production for MVS n 2019. The lesson here is, don’t piss off your HoF QB. Noted.

The Packers should once again be a valuable fantasy offense. MVS saw 73 targets as a rookie but caught 5 or more balls in just three games. As the apparent #2 WR, he has the upside for some big games if he can improve that catch rate in year two. Randall Cobb’s 2015 season of 829 yards, 6 TD’s and 79 catches would be the ceiling.

Are you on board with Joe’s 2019 fantasy football sleepers?? For more great rankings, sleepers, and analysis check out the 2019 Fantrax Fantasy Football Draft Kit.

Joe Pisapia is the author of the #1 best-selling Fantasy Black Book Series and creator of the revolutionary player evaluation tool Relative Position Value (RPV). He’s the host of The Fantasy Black Book Podcast and the LineStar DFS Podcasts. Joe was previously host of the FSTA award-winning On Target Fantasy (2016 Radio Show of the Year), The Fantasy Black Book Show, RotoExperts in the Morning and NFL GameDay for the FNTSY Fantasy Sports Radio Network, as well as RotoWire MLB/NFL DFS Podcasts, and numerous shows for SiriusXM Fantasy Sports Radio. You can also see him frequently on CBS TV in New York on The Sports Desk. He’s written for The Sporting News, FanDuel Insider and FantasyAlarm.

Running Back Busts for 2019 Fantasy Football