Running Back Busts for 2019 Fantasy Football 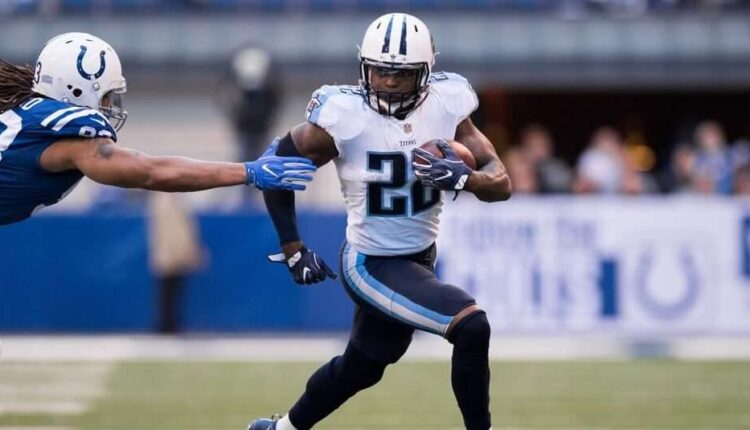 We started strong with quarterback busts last week but now’s the time to get into the good stuff. Running backs make or break your fantasy team and landing a bust can derail your whole season. The goal of this article is to avoid those conversations at the end of the year where you’re like,” That guy totally ruined my season!” We’ve all been there and those words have come out of every fantasy owners’ mouth but hopefully, this article will give you some things to think about. I now present to you my running back busts for the coming season of fantasy football.

Haven’t we seen Henry on the running back busts list before? This one disappoints me because there’s something special about watching this dude run defenders over but, are we really going to overlook his inconsistency? Before a couple of monster games at the end of the year, Henry was hitting waiver wires like a ton of bricks. Recency bias is always an issue with the fantasy football community and that’s definitely the case with Henry. In his first 12 games last season, Henry collected 474 rushing yards on 128 attempts. Yes, you read that correctly, 478 yards in 12 games played. He also averaged a measly 3.7 yards per carry while accruing just 12 receptions in that span, regularly getting stuffed at the line of scrimmage.

What people forget is that Dion Lewis is still on this roster. The speedy RB actually played 599 snaps last season, which dwarfs Henry’s 403 snaps. That statistic made me take a double-check and it’s clear they want Lewis as their third-down passing back. While I anticipate those snaps likely swapping this year, it shows the volatility of this position and that makes it tough to draft Henry as a third-round pick according to Fantrax ADP.

I am not going to fall for this Eagles running back crap. Year-after-year, Philadelphia fools fantasy owners with these talented running backs, but they always regress to a full-on committee. Let’s start by discussing this backfield. Philly currently has Miles Sanders, Corey Clement, Wendell Smallwood, and Josh Adams. Those final three guys all showed moments of brilliance last season but it was ruined because each one of them was taking carries from one another. All that doesn’t even take into consideration the signing of Darren Sproles on Sunday, which only muddles up this backfield more.

The fact that Philly took Sanders in the second-round shows just how little they trust the reso of this backfield and it’s simply impossible to bank a guy who has so many talented youngsters breathing down his neck. While we only expect Howard and Sanders to see most of the carries, it’s worrisome nonetheless. Howard’s numbers just continue to drop too, as his YPC has gone from 5.2 to 4.1 to 3.7 over the last three years. What only makes that worse is the fact that his receptions have dropped in each of the last three years as well, with Howard catching only 20 passes last season. Anytime the ticker is heading downwards for a three-year span, it’s time to hop off the sinking ship.

Someone in this backfield is going to have a big year but it won’t happen on my roster. Anytime there are two guys in a backfield I try to fade it but three makes me want to Usain Bolt my way out of the draft room. While I love the talent that Coleman, Jerrick McKinnon and Matt Breida possess, it’s silly to try to guess which one will get the lion’s share of the carries. People are thinking it’s Coleman by looking at his 69th-overall ADP but I simply can’t pay that price for this uncertainty.

It’s not like Coleman’s ever been a workhorse back either, averaging 147 rushing attempts per year since 2016. That’s the year he became a more focal point of the Falcons offense but even that workload indicates that he likely won’t see more than 200 carries in San Fran. Some of the advanced statistics hurt Coleman’s case too, as his 6.6 percent broken tackle rate and 73.1 positive run rates are ugly marks for any RB.

So, we’re taking a backup running back in the Top-60 picks who hasn’t played a down in the NFL and is coming off an ACL tear? Does that sound like a bad idea to anyone else? While there aren’t many statistics we can base this off of, this just seems like an outlandish price tag for an unproven back. What’s scary is the fact that he’s dealing with hamstring tightness before training camp even starts. Is this guy made of string cheese? He hasn’t even played a down in the NFL and he’s injured yet again.

While Guice does have Top-10 talent and upside, the fact that Washington re-signed Adrian Peterson tells you everything you need to know. We’re talking about a hall-of-fame running back who had a renaissance season last year and averaged 16.5 carries per game before a meaningless Week 17. He actually eclipsed the 1,000-yard mark too and it’s hard to imagine them not giving him at least 10 carries a game. That totally limits what Guice can do and you’re simply betting on AP getting injured if you’re taking Guice as the 58th player off the board according to Fantrax ADP.

Let’s trust the Raiders to produce a top RB, right? That sounds like a great idea considering how competent this franchise has been over recent years. Let alone a rookie who started his mini-camp by holding out. That’s a recipe to get into John Gruden’s doghouse and it seems silly to me that he’s going 42nd in drafts according to Fantrax ADP. Something tells me that DeAndre Washington, Jalen Richard, and Doug Martin will all get touches and that will screw this whole thing up.

Do we really need to do this crap again? I get on Twitter every day and the ridiculous Drake hype train is trending like one of the stupid Kardashian sisters. How many times do we need to be fooled by this guy? Yes, I’ve seen the spurts of talent like everyone else and understand this might be a new-look offense but it’s just not happening like everyone is hoping. We’re talking about a guy who never had more than 14 carries in any game last season, finishing with 535 rushing yards on 120 attempts. The receiving numbers were solid but you can’t take an RB at 52nd-overall who might only see 10 carries a game.

Who are your running back busts for 2019? For more great analysis check out the 2019 Fantrax Fantasy Football Draft Kit.

Pitching Prospects Outside My Top-100 to Invest Heavily In