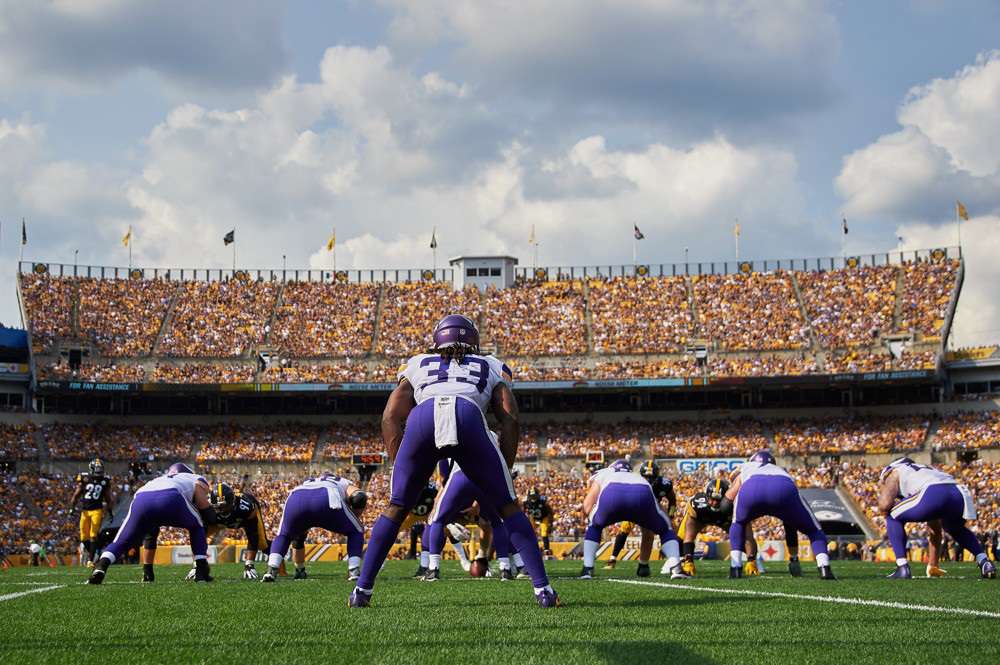 Yes, I said it. I truly believe that Dalvin Cook will be a running back bust this season. This will most likely be the most controversial pick out of all the players on my list, but I have my reasons. The Vikings said goodbye to Mike Zimmer and brought in Rams offensive coordinator Kevin O’Connell. No question moving on from the defensive-minded Mike Zimmer should certainly make the offensive players better. With Kevin O’Connell leading the charge I fully expect the Vikings to throw the ball a lot more. While this is a great thing for Kirk Cousins’ and Justin Jefferson’s fantasy outlooks, the same can’t be said about Dalvin Cook.

Last season the Rams rarely threw the ball to their running back, and I can see the same thing happening here with the Vikings. Even if Kevin O’Connell incorporates running back pass plays more, Dalvin Cook hasn’t really shown that he is that type of dual-threat back. By no means is he like Derrick Henry in terms of receiving production or lack thereof, but a vast majority of his fantasy value is on the ground. Another knock against him is that I fully expect Kevin O’Connell to try and emulate the success of Cooper Kupp last season with Justin Jefferson. In doing so they run less and the running game might not be as much as a focal point as it once was. Barring injury Dalvin Cook should have a fine fantasy season, but I don’t see him coming close to paying off that first-round price tag.

To me, Nick Chubb just screams running back bust. The first reason is that he has very little usage in the passing game. Now I’m sure you’ve heard this point multiple times already, but this could be particularly bad for him this season. With it now looking like Deshaun Watson will be suspended for at least eight games, this offense’s production takes a nosedive. The Browns are going to struggle to find red zone opportunities without Deshaun Watson playing, which means you can’t count on much touchdown production out of Nick Chubb. Also expect the Browns to be behind late in games so guess what that means, more passing plays. More passing plays mean that Kareem Hunt will be on the field in place of Nick Chubb.

The one saving grace for Nick Chubb is that Deshaun Watson could be back on the football field by the middle of the season. Bad behavior aside Deshaun Watson elevates this team in a way the likes of Jacoby Brissett and Josh Rosen cannot. However, I’m not willing to spend a second-round pick on a running back with little to no receiving upside on a team that’s projected to not be good. Running backs with an ADP later than Nick Chubb are Alvin Kamara, Javonte Williams, Aaron Jones, and Leonard Fournette. All of those guys I would prefer to draft over Nick Chubb at the moment. Nick Chubb is one of the best running backs in the league but unfortunately given the current situation of his team I expect him to be a bust.

The last running back bust on my list is Antonio Gibson. Though he’s not going as early as the other guys on my list, given his current ADP he still has plenty of bust potential. When I first heard that J.D. McKissic was going to sign a deal with the Bills, I was ready to take another stab at Antonio Gibson in the second to third round of drafts. With McKissic now coming back to Washington and them also drafting Brian Robinson, it makes it hard for me to think that Antonio Gibson can pay off his current ADP of 36. Drafting Antonio Gibson in the third or fourth round is just way too rich for my blood, especially with Ron Rivera already saying he expects this backfield to be a committee. Unfortunately, all of these factors greatly hamper Antonio Gibson’s upside.

Got a hot take on another potential running back bust? Share it in the comments below and then check out our 2022 Fantasy Football Draft Kit!