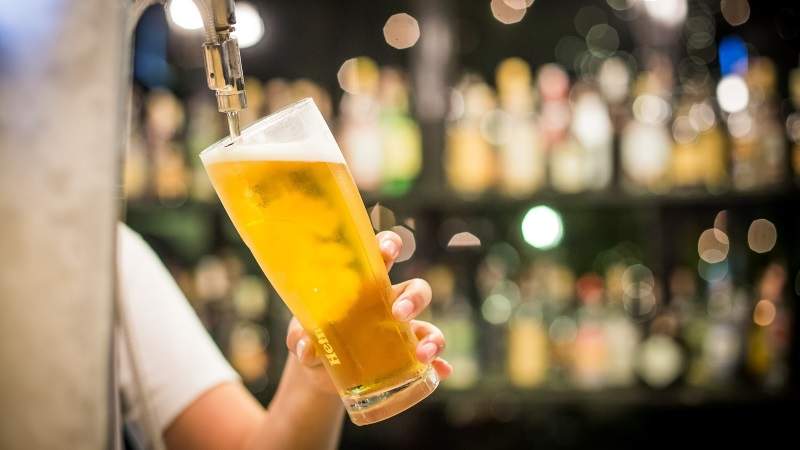 The pressure of a fantasy football draft can be real. The players you select on draft day set the tone for the start of the 2022 fantasy football season. Championships may not be won at the draft, but they can certainly be lost. Consider following these 11 draft tips to make sure that doesn’t happen to you.

Pro draft tip: Don’t get caught empty-handed on draft day. Arrive to your draft prepared! That means pens, pencils, and a highlighter if you’re that kind of person. Really, you’ll just want to make sure that you bring a cheat sheet with you. This sheet should be a list of the top 200 players (minimum) in some sort of ranked order. You should be crossing names off this list as players are drafted. This will help you scheme your next selection and also save you from the embarrassment of drafting a player that has already been picked. DOH! *Homer Simpson voice*

If you’re the trusting type, then by all means, just keeping pick the top-ranked player. I, on the other hand, prefer to do my own research. Whether you are a visual or auditory learner, there are multiple ways you can research NFL players. There are plenty of websites that offer articles and advice; you happen to be visiting one right now. If you are more of the listening type, there is The Fly Fantasy Football Podcast. Lastly, you’ve always got good old-fashioned television. Stay tuned in to NFL Network to keep up to date on all of the latest football news and transactions.

This draft tip needs to be taken with a grain of salt because it only applies to a certain situation. Say you have already drafted Justin Jefferson, who has a Week 7 bye. That should not stop you from drafting Stefon Diggs, who also has a Week 7 bye. Come Week 7 you will have glaring holes that need filling, but that is why you should draft for depth as well. Now, the one time you would consider the bye week is when selecting a backup QB (if you’re into that kind of thing). For obvious reasons, your backup QB should not have the same bye week as your starter. For example, Kyler Murray (your starter) and Baker Mayfield (your backup) both have a Week 13 bye.

This might be the most important tip of all. You need to know your league. That means knowing the format, scoring, and roster construction. Is your league standard, .5 PPR, or PPR? are you in a super flex league? These things can drastically change how you draft. The last thing you want is to find out that you’re in a super flex league and you waited to draft only one QB in the 10th round. Knowing if your league is standard or PPR can be the difference between drafting Derrick Henry or Christian McCaffery.

It has to be said. Remove yourself from all bias when drafting. It is fun to have players from your favorite team on your squad. But when you live in south beach and your favorite team is the Dolphins, that hasn’t been a good strategy lately. This goes both ways. I may be a Bengals fan and hate the Steelers, but that isn’t going to stop me from drafting Najee Harris if he falls to me at a reasonable price.

Keeping the last draft tip in mind, and with respect to ADP, you might need to reach a little bit to get to a player that you really want. All in all, fantasy football drafts are supposed to be fun. You are supposed to enjoy yourself. With that being said, make sure to get your guy.

Imagine having Matthew Stafford and Cooper Kupp last season. Every time Kupp catches a pass, gains a yard, or scores a TD, you’re essentially getting “double” the points. It also makes sense to stack a QB with a pass-catching RB like CMC or Austin Ekeler. You don’t have to only stack the top options either. If you draft Josh Allen and miss out on Diggs, there is still James Cook and Jamison Crowder to be had in the later rounds. Last season it was very doable to draft Joe Burrow, Joe Mixon, and Ja’Marr Chase. In standard format, this trio would have accounted for 783.74 fantasy points. Who is the next affordable trio? Perhaps it’s Trevor Lawrence, Travis Etienne, and Christian Kirk… perhaps not.

Draft is literally in the name, I know. But that doesn’t mean you should be hitting the tap during your draft. It is important that you stay clear-headed when making your picks. That’s not to say that you can’t crack one open with the boys while you draft; just don’t get wasted. All I’m saying is that sober you has to manage the team that drunk you drafted. Follow this draft tip if you’re serious about winning a championship.

It would be a shame if you were to experience multiple injuries at the RB position. It would be an even greater shame if you only drafted three of them. The QB, TE, K, and DEF positions can be streamed (replacement found on waivers) on your starter’s bye, so make sure you have good WR and RB depth.

If the NFL was the economy and players were currency, running backs would be gold. Difference-making running backs are scarce. Even so, most leagues require you to start at least two. Especially in standard formats, it is a mistake to ignore the RB position early in drafts.

Practice makes perfect and fantasy football drafts are no exception. If you want a competitive edge, mock drafts are a must. Mock drafts allow you to get a general idea of which players will be available to you at your given draft spot. Mock drafts also let you test out different draft strategies (e.g. no RB) without consequences. No amount of draft tip articles can replace the real thing. So what are you waiting for? Start a mock draft right here.

Got a few draft tips of your own? Share them in the comments below and then check out our 2022 Fantasy Football Draft Kit!