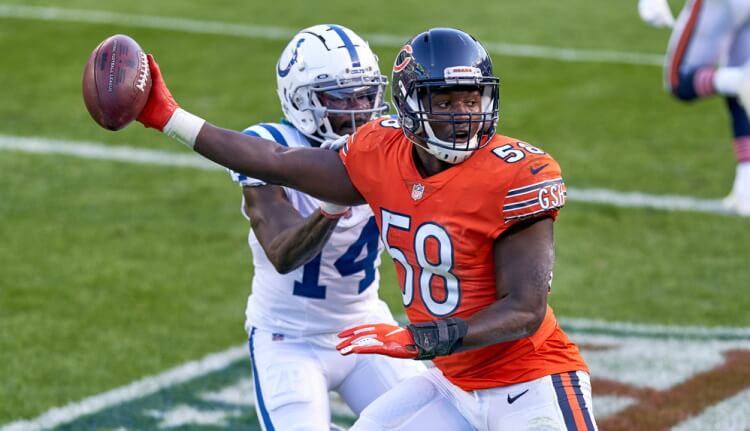 I have played fantasy football for 33 seasons, and in the Nineties, I commissioned a league for six years with only newspaper box scores, pencils, and calculators. I really did begin playing fantasy football in the dark ages of our hobby.

Like most fanatics, our league used only team defense for scoring and never even thought about defensive players. Around the turn of the century, I first heard of IDP formats but did not join one until 2006. Ever since I have managed at least one IDP league each season. And I really enjoy the format.

Do not be intimidated by IDP leagues or the format, just jump into one this season. I would recommend playing with six IDP players in the starting lineup: 2 defensive linemen, 2 linebackers, and two defensive backs. It is a manageable lineup and plenty of action on the waiver wire each week.

If you want to join a hardcore IDP league like myself, I play in a giant 12-team, 11-starter IDP league. We must start one defensive tackle, one defensive end, one defensive lineman, four linebackers, two cornerbacks, and two safeties. It is also a Dynasty league, and we draft rookies every year to add to our rosters.

There are so many great ways to engage in the IDP format that you do not have to become a fantasy football diehard like myself to kick off your obsession. Take it slow if you want to get your feet wet this season.

I have outlined the basic IDP scoring rules for beginners below and ranked over 150 defensive players by position: defensive linemen, linebackers and defensive backs for IDP fanatics, and first-timers, jumping into a league.

Here are my initial IDP Rankings. Remember to keep an eye on injuries and other news as NFL training camps kick into gear.

Got a hot take on John’s IDP Rankings? Share it in the comments below and then head on over to check out our full 2022 Fantasy Football Draft Kit!