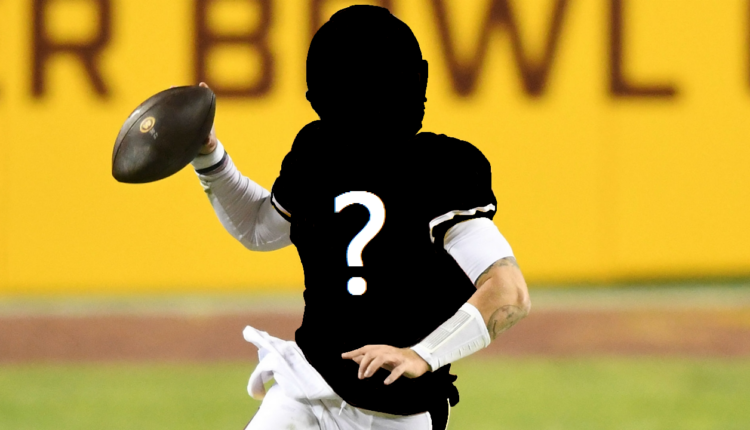 If you drafted Patrick Mahomes or Kyler Murray early or managed to snag Tom Brady or Jalen Hurts later on in your drafts, this article probably isn’t for you. But if you’re desperately trying to find a starting quarterback for Week 2, here are some serviceable quarterback streamers with good matchups who can help your fantasy team win this week.

After one week, the Jaguars’ secondary looks to once again be among the worst in the league, having displayed poor tackling and having given up multiple big plays. In fact, Jacksonville allowed three catches of twenty-plus yards to Brandin Cooks this past Sunday, two of which went for forty-plus yards. Even with the loss of Jerry Jeudy to a high ankle sprain, the Broncos field a talented receiving corps and a deep wide receiver group. There’s opportunity for Teddy Bridgewater to make similar downfield plays this week with the speedy K.J. Hamler and big-bodied Tim Patrick in his arsenal of receiving weapons.

As in his first regular-season game as a Bronco during which he spread the ball around the nine different receivers, expect another efficient game where Bridgewater will distribute the ball to all of his various playmakers. Bridgewater has the highest floor among these Week 2 quarterback streamers, and he has a high ceiling as well facing a Jacksonville defense that just made Tyrod Taylor look like Patrick Mahomes.

After tossing five touchdowns against the Packers in Week 1, Jameis Winston was a popular waiver add this week. Still, he’s available in a fair number of leagues, particularly on ESPN. Bridgewater is ranked above Winston because despite the high touchdown total against Green Bay, Winston threw for just 148 yards. That was in part due to good field position on turnovers and playing with a lead, but with New Orleans favored by 3.5 points in this game, we could again see a lot of Alvin Kamara and Tony Jones on the ground if the Saints jump out to an early lead. We should also temper expectations about Winston due to questions about his passing volume as well as Taysom Hill‘s continued involvement in the red zone.

That said, Winston was efficient, and perhaps more importantly, he limited his turnovers, so we should expect another multi-touchdown showing against Carolina on Sunday. The Panthers were able to sack Zach Wilson six times in Week 1, but the Saints have a far better offensive line, which should give Winston plenty of time in the pocket to expose a work-in-progress Carolina secondary even with the addition of Jaycee Horn this offseason. Among the Week 2 quarterback streamers, Winston remains a strong candidate with upside.

If you were excited about Ryan Fitzpatrick in Scott Turner’s offense with Terry McLaurin, Dyami Brown, and Logan Thomas at his disposal, why aren’t you even more excited about Taylor Heinicke? I wrote about Heinicke in July as a potential sleeper considering Fitzpatrick’s lengthy injury history and proclivity for turnovers. Heinicke also played fairly well late last season when pressed into the starting role against a stout Tampa Bay defense in the playoffs, throwing for 306 yards, a touchdown, and an interception while also running for 46 yards and a rushing score.

Stepping in for the injured Fitzpatrick midway through Week 1 against a tough Los Angeles defense, Heinicke fared about as well as could be expected. Even with no first-team reps during the week, he completed 11 of 15 passes for 122 yards and a touchdown while rushing three times for 17 yards on the ground. The Giants’ strength heading into the 2021 season was supposed to be their defense, but New York allowed Bridgewater 2.7 seconds in the pocket per snap, tied for second-most in the league through one week. With a fair rushing floor and ceiling to add to his fantasy production, Heinicke is a serviceable play with upside. And if Heinicke plays well, there’s a chance that he could be a reliable starting option going forward rather than just on the list of quarterback streamers.

In deeper leagues, if none of the above-recommended quarterback streamers are available, Mac Jones played well in his regular-season debut against a tough Miami defense in Week 1, and the Patriots’ defense should get him the ball in good field position against the Jets this week. And if you’re desperate, Jared Goff padded his stats in garbage time against the 49ers this past Sunday and will now face a Green Bay defense that looked lethargic against the Saints in Week 1.

If you liked Meng’s Week 2 Quarterback Streamers, be sure to check out the rest of our Week 2 Rankings and Analysis!