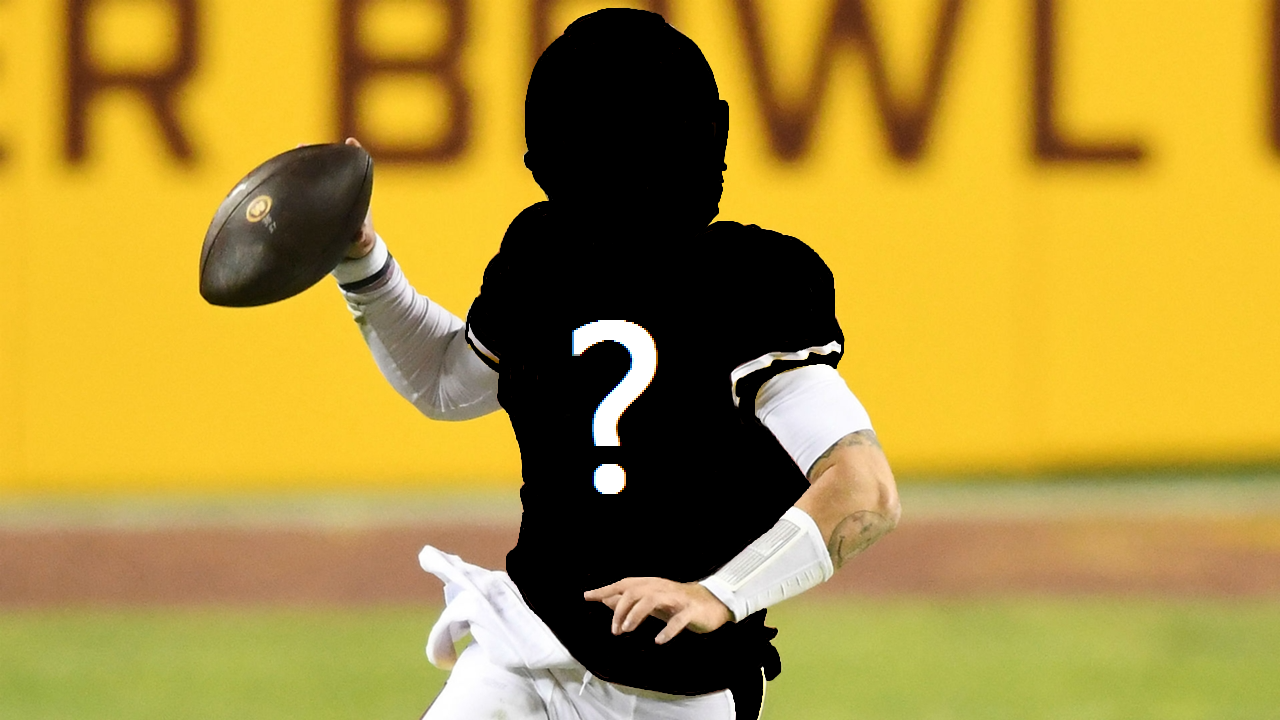 In 2020, Tampa Bay’s defense ranked fifth against the pass. Can you guess which quarterback scored the most fantasy points against this fearsome Buccaneers defense in the NFL playoffs last year? I’ll make it easy for you with the below chart.

Drew Brees was on his last legs at age 41, so we’ll give him a pass. Aaron Rodgers played well with Green Bay’s defense ultimately having cost them the game, and Patrick Mahomes performed admirably considering that both of his starting offensive tackles were out.

No one is suggesting that Taylor Heinicke is a better quarterback than Rodgers or Mahomes, but he played well nonetheless by keeping Washington in the game before ultimately losing by just one score to the eventual Super Bowl champions. WTF, why is the WFT quarterback being so overlooked?

Who is Taylor Heinicke?

After his strong 2020 showing, Washington signed Heinicke to a two-year, $4.8 million contract this offseason. There’s not much of a sample size to work with here, but Heinicke’s ability to deliver under pressure against a top defense in the playoffs gives him potential, especially when he’d only been with the team for about a month at that time.

And from a fantasy perspective, Heinicke offers rushing production to bolster his weekly fantasy floor and ceiling, having averaged 38.5 rushing yards per game in his two career starts. With a full offseason and more reps this coming preseason, this quarterback sleeper could surprise Washington fans and fantasy GMs alike.

Let’s address the elephant in the room with the magnificent beard, Ryan Fitzpatrick. This offseason, Washington signed Fitzpatrick to a one-year, $10 million deal. Yes, it’s more than Heinicke’s contract, but $10 million is still not a lot of money when it comes to quarterback contracts. Fitzpatrick’s annual salary ranks 29th among current NFL quarterbacks, tied with Andy Dalton. For added perspective, Taysom Hill and Teddy Bridgewater are slated to earn more than Fitzpatrick in 2021. Many are assuming that Fitzpatrick will be the starting quarterback in Washington, and he very well might be, but it’s far from a guarantee.

If Fitzpatrick does claim the starting job heading into Week 1, it’s still uncertain as to whether he’d start all 17 games this season. We all love the craziness of Fitzmagic and the meme-ability of his Conor McGregor-esque persona, but there’s a reason why Fitzpatrick has been a journeyman quarterback in the NFL. Over the span of his lengthy career, Fitzpatrick has averaged a 61 percent completion rate and a grim 1.3-to-1 touchdown to interception ratio.

Even during his hot stretch in Tampa Bay a few years back when many wanted Fitzpatrick to remain the starter over Jameis Winston, Fitzpatrick averaged just a 1.6-to-1 touchdown to interception ratio. He’s made spectacular plays at times, but turnovers have plagued even those highlight-worthy performances. Washington sports a potential top-five defense in the league heading into the season and doesn’t need too many heroics on offense. If Fitzpatrick can’t limit his turnovers to help win games, the leash may not be very long for this supposed quarterback sleeper.

Fitzpatrick has historically added some rushing production as well, having averaged 17.0 rushing yards per start. He’s been fearless as a runner, often inviting contact, and has 21 career rushing touchdowns to show for it, but Fitzpatrick has also fumbled 83 times on his 574 rushing attempts, a 14 percent fumble rate. While rushing production makes for better fantasy numbers, Fitzpatrick has also left games due to injury after putting his body on the line. About to turn 39 years old in November, Fitzpatrick will need to be more judicious when running with the ball to limit both turnovers as well as potential injuries.

Whether due to Fitzpatrick’s performance or an injury, Heinicke has decent odds to start for the Washington Football Team at some point in 2021. How he’ll perform is still very much in question, but the opportunity is there, and Heinicke flashed potential in 2020. And yet, many are touting Fitzpatrick as a quarterback sleeper instead.

The results from DLF’s trade finder tool show that dynasty GMs, presumably contending teams, are paying up for Fitzpatrick. Recent superflex trades include Fitzpatrick for Logan Thomas and a 2022 second-round rookie pick, Fitzpatrick for Corey Davis and $17 FAAB dollars, and Fitzpatrick plus a 2022 first-round rookie pick for Matthew Stafford. These are incredible values for a 38-year-old journeyman quarterback who may not even start a full season, if at all.

The better gamble is on the long-term upside of a journeyman quarterback who’s a decade younger, and Heinicke is somehow the cheaper quarterback sleeper. Recent superflex trades include Heinicke for a 2024 third-round rookie pick, Heinicke for three fifth-round rookie picks, and my personal favorite: Heinicke for Mitch Trubisky. While Heinicke might not pan out, he at least has more opportunity to start in Washington than Trubisky does in Buffalo behind Josh Allen.

Washington’s quarterback position is still unsettled, but most are acting as though Fitzpatrick has already won the starting job. There’s a fair chance that it could be Heinicke leading Washington to an NFC East title, not Fitzpatrick. Whoever starts for Washington will have high-end QB2 upside in fantasy, but Heinicke is cheaper to acquire and has more long-term potential.

For more fantasy football and NFL content, follow me on Twitter @FFA_Meng. Also, check back for more, as we’ll be covering the dynasty football angle all year round.