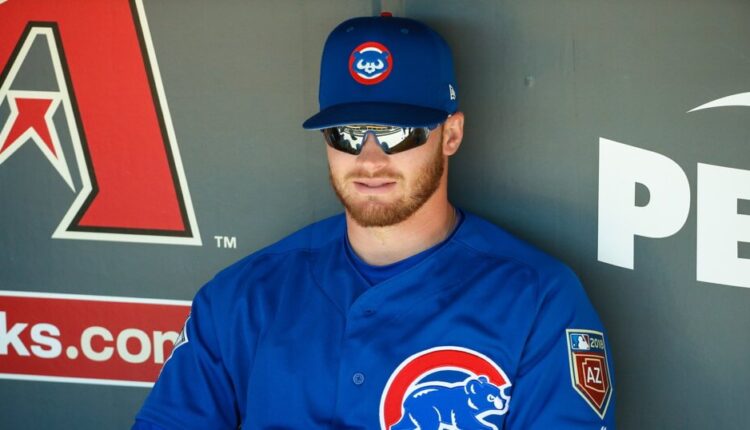 As we hit mid-September, we once again bring you a buy or sell installment covering two veteran players trending up. In recent weeks, Ian Happ and Blake Snell have made changes to their profile to boost their production. Unfortunately, Snell landed on the injured list, but the analysis still holds value. With Happ, some fantasy managers may have dropped him after struggles throughout the first four months of the season.

If you have a player or two that you would like a mini-dive on, hit me up on Twitter and let me know. Let’s finish the season strong and enjoy the game we love.

After the Cubs traded away almost every core piece of their squad, Ian Happ stuck around. With some struggles throughout the season, Happ finally heated up in September after a solid August where he hit .255, with seven home runs, and a .856 OPS. Happ nears a career-high in home runs (22), but his .222 batting average and .310 OBP rate as career lows up to this point.

We have observed flashes and struggles from the once exciting hitter and a top prospect in Ian Happ. In 2021, some would argue there have been enough lows to warrant drop status for Happ. From April to July 2021, Happ had 10 home runs, 28 runs, 26 RBI, and one stolen base with a .180 batting average and .620 OPS. Happ’s 12.8% walk rate and 28.8% strikeout rate stand out to make us look deeper into his plate discipline.

Then in August, Happ finished with seven home runs, 15 runs, 16 RBI, and one steal with a .255 batting average and .857 OPS. Although Happ’s 7.8% walk rate dropped and 37.3% strikeout rate jumped in August, it appears Happ used a more aggressive approach. That’s something we’ll dive into next.

Through 56 plate appearances in September, Happ is on fire with five home runs, nine runs, 12 RBI, and one steal with a .370 batting average boosted by a .469 BABIP heading into September 14. He’s destroying the baseball this month, evidenced by a 16.2% barrel rate. Even though he holds a career strikeout rate above 31%, Happ typically boasted solid OBPs hovering around .330. The question remains whether we should buy or sell Happ’s recent hot surge.

As noted earlier, it appeared Ian Happ used an aggressive approach in August and September, given the higher swing rates, even if it came at the expense of his contact rate. However, it translated into quality production over the past month-plus.

Even Happ’s quality of contact in barrel rate gradually improved during the recent stretch. We also tossed in previous seasons for context though the foul ball to the face in 2020 possibly derailed the shortened season. Hopefully, Happ will finish out the 2021 season strong.

During the recent hot stretch, we also see Ian Happ’s BABIP boosted the batting average. Happ is barreling up the baseball and hitting a ton of line drives at 27.2% from August 1 and beyond.

Most of Ian Happ’s Baseball Savant data falls in line with his previous seasons. Throughout Happ’s five-year career, he consistently boasted double-digit barrel rates with a career 11.9% barrel rate. Most of Happ’s expected stats dropped, but that’s unsurprising since Happ struggled most of the 2021 season. It seems unlikely that Happ can sustain the higher barrel rate during the hot stretch, but the Baseball Savant data doesn’t undercover anything we didn’t already know.

Should We Buy or Sell Happ?

When we look at the rolling wOBA for Ian Happ throughout his career, we noticed highs and lows earlier that lined up with Happ’s BABIP. We also have similar trends when we swap in swing rate though that’s just another puzzle piece.

Against fastballs, Happ struggled in 2021, although the production ticked up in August and September that falls in line with the hot streak. However, Happ isn’t performing well against non-fastballs with a .296 wOBA against breaking pitches and .293 wOBA against offspeed.

If Ian Happ continues to finish strong, I’ll likely buy rather than sell or stay away. However, it’s fair that some may scream sell and not buy into Happ, given the inconsistencies and struggles for the first four months of the season. That said, it’s about adjusting expectations. The lineup context for the Cubs and Happ isn’t the same, but he should continue to provide 20-25 home runs with a decent OBP assuming health.

Per the Razzball Player Rater, Ian Happ sits near Pavin Smith, Max Kepler, and Joc Pederson amongst outfielders. Those all seem like fair comparisons for similar player production, so it’ll depend on ADP in 2022. Although I recommended buying rather than selling Happ’s late-season surge, he isn’t a must-have player next season at this time.

Want to have a fun fantasy baseball conversation on Twitter? Discuss Blake Snell. All kidding aside, Snell dominated over his past three starts with double-digit strikeouts in three straight outings. Snell even went seven-plus innings in all three games. That’s breaking news right there since Snell only went seven innings two other times on June 4 and August 8. In Snell’s other 21 outings, he averaged 4.39 innings pitched. Does that sound like a starting pitcher we want to buy or sell? For most of the season, it leaned sell and stay away.

What Changed for Snell?

Over the past four starts, Snell’s 2.03 ERA, 0.45 WHIP, 43.5% strikeout rate, and 6.5% walk rate looks like peak Snell. Although Snell’s .091 BABIP may regress, it’s evidence of his dominance during this stretch. Snell ditched the changeup (0.5%) and relied on the fastball, slider, and curve that contributed to his success.

Snell not only attacked hitters with a higher zone rate and first-pitch strike rate, but the chase rate and swinging-strike rate jumped in the recent hot stretch. Hopefully, Snell continues the success with the pitch mix and plate discipline changes. On the season, both of Snell’s breaking pitches boast whiff rates of 46-47%. Just straight nasty.

Should We Buy or Sell Snell?

We didn’t intend on rhyming there, but the question remains should we buy or sell Snell’s recent success. Or does Snell represent more like the seasonal struggles from the first 4.5 months of the season?

Many folks in the fantasy community called for Snell to ditch the changeup. However, in previous seasons, Snell’s changeup fared decently with a wOBA allowed under .300. Snell boasted a .285 wOBA allowed in 2020, a .299 wOBA in 2019, and .272 wOBA in 2018. Maybe it’s a feel issue or the different baseball, but regardless, Snell needed to ditch that pitch given the lack of success.

That said, if Snell finishes the last few weeks strong, it’ll lead us to buy more than selling Snell’s changes, assuming that sticks into 2022. In dynasty formats, Snell screamed a “buy low” given the brutal 2021 season for the most part. The lack of innings pitched per outing increased the level of concern as Snell blew up the ratios. Unfortunately, it feels like Snell’s ADP may not drop too much in 2022. However, if it does drop to a range where the upside warrants the draft pick, then buy into Snell’s late-season surge since he can provide ace-like production.

Update: I wrote up the above section on Snell over the weekend before he left his start on Sunday with a left adductor issue. That said, I worried Snell would hit the injured list, and he landed there on September 15. I wondered how Snell could fare against the Dodgers, but unfortunately, the hot streak is on hold with the left adductor tightness. If Snell’s ADP dips in 2022, swoop in buying into the filthy stuff he possesses.