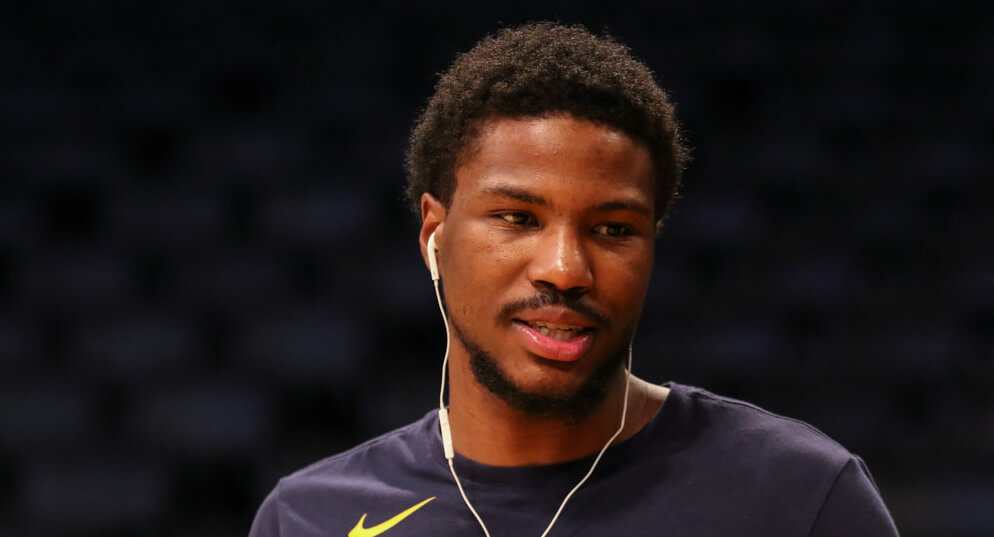 The wait is almost over! In just three days, the NBA season will be back inn action, bringing us more excitement and hopefully less fouls than last season. If the preseason was any indication, players will no longer be rewarded for flopping sideways into their defenders as they grossly heave the ball somewhere in the vicinity of the hoop, meaning the flow of games should be much improved. In addition to that, the preseason has also given us a better idea of what each team’s rotations will look like at the start of the season. With this, we saw some players who appear ready to take on a bigger role, along with others whose roles might not be quite what we expected them to be. In the case of the latter situations, these might be players to avoid on draft day. And if you’ve already drafted, these might be players you should look to trade before their value starts to drop. So let’s take a look at a handful of players to avoid as we approach the 2021-22 NBA season.

After a career year that saw him average 19.6 points, 4.4 rebounds, and 3.5 threes per game, Malik Beasley appears highly unlikely to replicate those numbers in the upcoming season. With Towns and Russell entering the season fully healthy, and Anthony Edwards likely to take on a bigger share on offense in his second year in the league, Beasley will be a clear fourth option at best within the offense. As a result, the threes will likely take a slight dip, the points could drop off by a decent margin, and he honestly doesn’t contribute significantly in any other categories.

On top of this, Beasley is also likely to see an overall decrease in minutes, as coach Chris Finch seems to prefer Beasley off the bench. From Minnesota’s standpoint, the move makes perfect sense. Josh Okogie, a more defensive-minded player, joins the starting lineup, where offense isn’t needed with the trio of Russell, Towns, and Edwards. Meanwhile, Beasley is free to lead the second unit and possibly be more of a playmaker. That said, the move to the bench unit is still a net negative for Beasley’s fantasy value. He appears unlikely to match the 33 minutes per game he received last season, and his production will almost certainly take a hit as a result. Therefore, Beasley is a player to avoid this year in fantasy.

I’ll be honest here. I really don’t get the hype. Like, at all. Kelly Olynyk was largely irrelevant in fantasy basketball for nearly the entirety of his eight-year career, outside of an absurdly impressive 27-game stint with the Rockets to cap off last year. To his credit, he truly was amazing down the stretch. Olynyk averaged 19.0 points and 8.4 rebounds on 54.5% shooting, adding in 1.4 steals and 1.8 threes per game. But this should be taken with a grain of salt, due to the fact that the Rockets’ entire team essentially crumbled to bits, and they were going out there with as little as six-man rotations over the final few weeks of the season. For reference, Anthony Lamb had games of 21, 22, 14, and 17 points down the stretch. Khyri Thomas averaged 16.4 points in the five games he played due to the Rockets needing another body just to field a team. Olynyk will not see this opportunity ever again.

And outside of this bizarre sequence of events that led to Kelly Olynyk somehow becoming the clear number one option on an NBA team, his best career season prior to this was when he averaged 11.5 points and 5.7 rebounds four years ago while providing little to no help in defensive categories. Now 30-years-old, he finds himself back on the bench, playing behind Jerami Grant, Detroit’s best scorer, and Isaiah Stewart, their 20-year-old big man of the future. Minutes, as well as production, will once again be much harder to come by this year, and while 25 minutes a night seems like a reasonable expectation, that’s not enough to warrant the top-100 pick he’s currently being drafted as. Let someone else in your league be mesmerized by his late-season production and reach for the veteran. This is a player to avoid.

Mike Conley had an impressive bounce-back season last year, and I really like him as a player, but he’s being drafted a bit too high for my taste. Now 34 years old, I find it hard to imagine Conley repeating his production from a year ago when he averaged 16.2 points, 3.5 boards, 6.0 assists, 1.4 steals, and a career-best 2.7 threes per game. Due to his age, his propensity to get injured, and Utah’s legitimate hopes of contending for a championship at the end of the season, I think his workload will be somewhat limited throughout the season.

Donovan Mitchell, Jordan Clarkson, and Joe Ingles have proven more than capable of carrying the backcourt, so it will be easier for Quin Snyder to prioritize keeping Conley fresh and healthy for the postseason. Additionally, rookie Jared Butler has looked terrific this preseason and is another point guard who can pick up some minutes and spell Conley throughout the season. Due to these factors, and the fact that you can still almost guarantee him missing at least a handful of games as he does each year, Conley is being drafted higher than he should be, and is therefore a player to avoid in drafts.

Robert Covington is one of those guys who is way more valuable to his NBA team than he is to a fantasy team. He’s an elite role player who can defend at multiple positions, knock down threes when needed, and does the little things to help his team win games. For fantasy purposes however, it doesn’t translate as well as one might hope.

Last season, his first with Portland, Covington averaged a pedestrian 8.5 points, 6.7 rebounds, and 1.7 assists on 40.1% shooting. The small amount of fantasy value he does carry comes in the other categories, where he averaged 1.9 threes, 1.4 steals, and 1.2 blocks, one of the very few players in the league to average 1.2 or better in each stat. However, that alone should not warrant being drafted as high as the top-75 overall, considering how little he provides in the main counting stats with a poor shooting percentage.

Portland also has a lot of depth in the front court this season, with Larry Nance Jr. and Cody Zeller both coming off the bench. Again, this is great for the Trailblazers, but not good at all for Covington’s fantasy outlook. As a result, while I would love it if Covington were on my NBA team, I will be avoiding the soon-to-be 31-year-old in fantasy.

Let me start by saying that Jonas Valanciunas will likely be an absolute monster at the beginning of the season. He’ll be a double-double machine, dominating down low the same way he did for the Grizzlies over the past few seasons. But then Zion Williamson will return from his foot injury. And when he does, Valanciunas should see his numbers drop somewhat significantly. Once Zion is back to full health and his normal allotment of minutes, the entire offense will run through him, and it just so happens that he does the vast majority of his work in the post. As a result, Valanciunas will almost certainly see a noticeable decline in his post touches and overall scoring opportunities.

Zion will also take away some rebounding opportunities, along with the rest of the team. As a roster, guys like Brandon Ingram and Devonte’ Graham rebound much better at their respective positions than guys like Ja Morant and Dillon Brooks on the Grizzlies. With points and rebounds providing the vast majority of his value in fantasy, he simply won’t produce at the same level he did a season ago. Since he is still being drafted as if this won’t be the case, he is someone I will be avoiding this draft season.