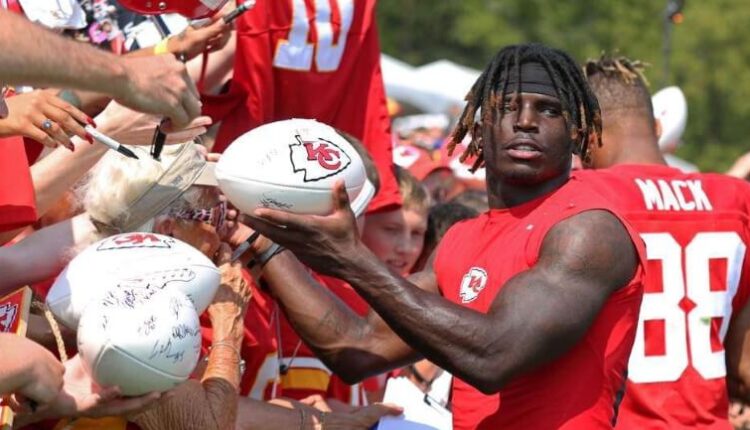 I promise Tyreek Hill will be a top-three receiver for Week 6. In prior wide receiver rankings I’ve had him as number one or two, but he has to be the most inconsistent top receiver this year. Though against Washington, he should fly as the defense has given up huge points all season.

However, this bye week hurts as Deebo Samuel will not be on the field. Samuel has been on fire as of late, but no need to worry. This is why I make rankings lists week by week so you know who to start. On that note let’s get into the list and some analysis.

Ja’Marr Chase is proving he should be offensive rookie of the year. The rookie wide receiver has had at least one touchdown in every game this season except for one. This week the Bengals will play the Lions. This should be a field day for Chase if he is out of the slot this week. Chase is proving he can be a WR1 on a fantasy team this year. And I see that coming in the next few weeks.

And now for the absolute steal of the draft this season, Mike Williams. Williams has been playing out of this mind this season and I see him doing it again this week against the Ravens. Marlon Humphrey will be on Keenan Allen, leaving Anthony Averett on Williams. Averett is 5’11, so Williams will have a huge mismatch at 6’4. Justin Herbert has built a great connection with Williams this season, and is showing Williams is a top 10 wide receiver this year. He has the matchup of the week and would plug him in as a WR1 this week.