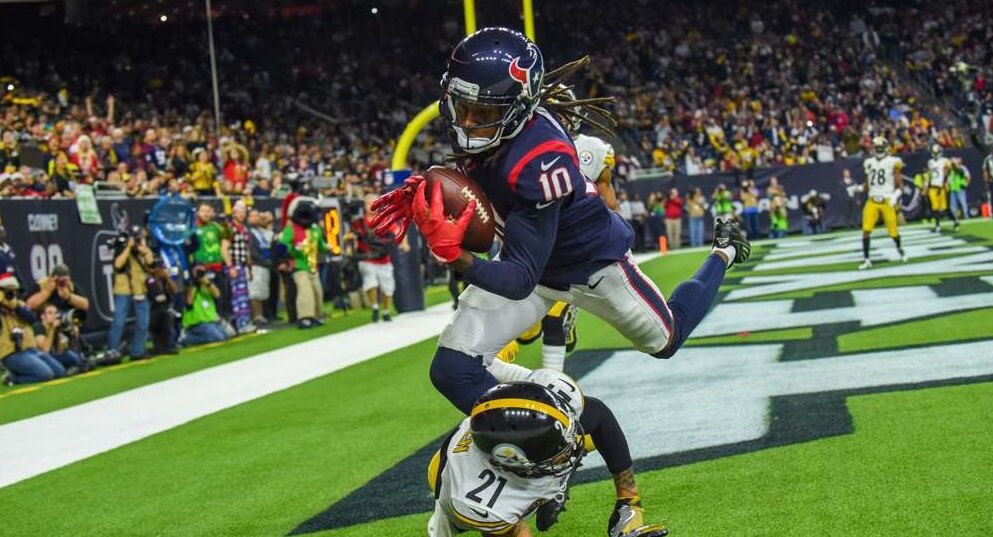 After a mixed bag of results in Week 11, I am back this week with another set of predictions for Week 12. Like I did last week I will provide a list of the top 20 projected pass-catchers based on matchup facts, their season to date usage, and the target share from the last three weeks. The underlying model powering these projections is my xFP model that predicts value on each target in a Half-PPR setting. I then used these underlying metrics to develop a more robust model factoring in the player, his QB, and his matchup.

For the second straight week, DeAndre Hopkins leads the way in my xFP model. Last week the targets were there but the offense as a whole struggled leading to a down week for him. He plays on Thursday night so we will know the results of this prediction early. On the bottom of the list, we have Zach Pascal who is heavily tied to the status of T.Y. Hilton. Unfortunately, we will not know that by the time of this articles posting.

There are few other surprises at the top of the list but the numbers have been supporting the massive breakout of D.J. Chark. He appears the be a legitimate WR1 for fantasy owners and should be treated that way.

The second half of my xFP projections is extremely interesting as there are a number of names that I was shocked to see ranked this highly. In a plus-plus matchup, Calvin Ridley is an elite play again this week and should be utilized as a borderline WR1/WR2. In a similar fashion, the Seahawks feature two elite plays in Tyler Lockett and DK Metcalf in their date with a poor Eagles secondary. Another team featuring two WRs is the Browns who finally broke through offensively last week. It is surprising to see Jarvis Landry ahead of Odell Beckham but for now we need to treat Landry as the more reliable fantasy source.

Godwin and Evans are two of the best WRs in football right now and while the Falcons are an exploitable matchup on paper, they have been much better of late. Expectations should be tempered for the two Bucs pass-catchers.

The most interesting name on this list for me has to be Darius Slayton. The rookie deep threat has been one of the best players on the Giants of late and is coming off a bye and a massive game in Week 10. His production has come with injuries to both Evan Engram and Sterling Shepard. Shepard is tentatively supposed to be back this week, while Engram is likely out again. If Shepard does return, then Slayton’s projection would take a hit as some of those targets will funnel Shepard’s way. However, Slayton has been electric and clearly has the trust of his rookie QB. He could be a really interesting WR3 play, and a fantastic DFS option if Shepard is out.

I have to admit I was fairly surprised to see Jamison Crowder ranked this highly as well, but the slot receiver has the trust of his QB and gets another plus matchup with the Raiders this week. He’s a better PPR play but should still post WR2/WR3 numbers.

Cortland Sutton is a legitimate star in the making. His team likes to run the ball and his QB is not really the best so his expectations need to be capped. He is still a solid play this week and should be someone to target in dynasty leagues for the future.

While those are just a few of the top guys my model is predicting feel free to reach out to me for any player-specific projections and I will be happy to help.