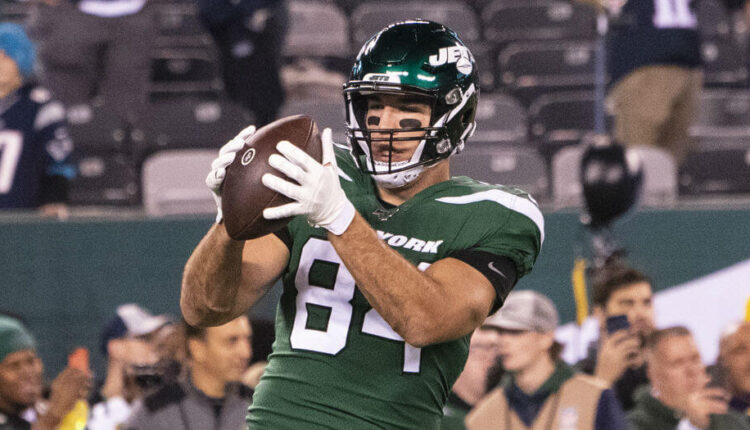 This is the final week when we have to deal with byes, but it is not going to be an easy one. In addition to a few key teams being idle, some notable injuries will force us to dip further into our Fantasy Football FAAB Budgets. Not only are the Chiefs off this upcoming week, but Tyreek Hill and Damian Williams were also injured on Monday Night Football. We will be without the services of Dalvin Cook and both of the Chargers’ top RBs, plus must-start WR2 types like Stefon Diggs and Keenan Allen. Also, elite TEs Travis Kelce and Hunter Henry will be unavailable.

We must get through one more week of challenges and survival before the rewards of clinching a playoff seed or berth can be celebrated in many leagues.

For another take on the top adds for Week 12, check out Joel Bartilotta’s Week 12 Waiver Wire.

Jonathan Williams, Colts (Five percent owned in Fantrax leagues): He was a surprise standout performer in Week 11, rushing for 116 yards on 13 carries after Marlon Mack exited the game with a hand injury. Mack will be out indefinitely and normal handcuff Jordan Wilkins is dealing with an ankle issue, putting Williams into position to be the Colts’ lead RB on Thursday against Houston.

Fantasy Football FAAB Recommendation: No more than 30 percent of your budget. Don’t get crazy here unless you are desperate. Keep a watch on Wilkins’ status as well. Williams is a journeyman type who is not guaranteed a heavy workload.

Bo Scarbrough, Lions (Five percent owned): How bad was the Lions RB situation before this past weekend? Scarbrough was signed on Saturday and by Sunday was looking like an immediate solution. He ran hard against Dallas, finishing with 55 yards and a TD on 14 carries. Scarbrough broke tackles and ran with authority, and should have the opportunity to maintain the lead runner role. There’s no one else to challenge him for the spot on the Detroit roster.

Derrius Guice, Redskins (87): He is more widely available on other sites, especially in seasonal leagues. You have to root for Guice after all he has been through injury-wise. Seeing him score on a 45-yard screen pass this past week was encouraging and a sign he still has some Fantasy potential. Adrian Peterson does not want to give up touches but Washington must start to give Guice more work late in the regular season. He obviously can still be part of the team’s future and should carve out at least a part-time role.

Fantasy Football FAAB Recommendation: 30 percent of your budget. There is still promise here but we cannot be certain what his workload will be like. He will be less likely to start for you after Week 12 when you have all your main guys available and he could be part of a timeshare.

Randall Cobb, Cowboys (66): He has come through with his best performances as a Cowboy the past two weeks, with 100-plus yard outings and TD receptions in each of the games. Cobb is healthy right now and becoming a nifty and frequent playmaker nestled between Amari Cooper and Michael Gallup in a potent Dallas passing game. He has risen to high Fantasy WR4 status and is a very good bye-week or injury filler in the short term, and worthy of more starting consideration in larger leagues if he sustains the momentum.

James Washington, Steelers (58): The Steelers may be very depleted at WR heading into Week 12, and Washington could be called on to be their No. 1 WR. The second-year man has struggled with inconsistency in his career so far, and he never seems to regularly haul in some catchable throws. But he does have an established rapport with former USC teammate Mason Rudolph and will undoubtedly be the top target for him if JuJu Smith-Schuster and Diontae Johnson are out this week. That does seem to be the likely scenario.

Fantasy Football FAAB Recommendation: 17 percent. Washington may not be more than a one-week play. Johnny Holton could start alongside Washington and is worth about a 10 percent bid if you need WR help this week.

Sterling Shepard (78): He was dropped in many seasonal leagues as ongoing concussion issues caused him to miss the past five games. Shepard now appears to be on the verge of returning in time for your Fantasy Football playoff push. When healthy, he is still very capable of being a third WR in your starting lineup. But another nasty hit could put him right back out of action again. Hopefully, he avoids that sort of situation.

Jacob Hollister, Seahawks (41): Many owners passed on adding him this past week because he was on a bye. But now you have to aggressively pursue Hollister if you still need TE help. He has scored three times in his past two games and has quickly earned the trust of Russell Wilson on key passing downs. Hollister has stepped in to take on Will Dissly’s previous role and will continue to do a respectable job in his place.

Ryan Griffin, Jets (15): He made his Fantasy presence felt in Week 11 with a breakthrough performance. He was the top-scoring Fantasy TE of the week until Monday night, with five catches for 109 yards and a TD. Griffin is for real, having also registered a two-TD outing in Week 8. Sam Darnold willingly looks for his TEs on important passing downs.

Fantasy Football FAAB Recommendation: 30 percent. We’ll give you back a dollar if you can come up with a good Family Guy joke here, too.

Jeff Driskel, Lions (14): Contrary to popular belief and assumptions, backup QBs don’t always stink. Driskel is a mobile gunner who plays with no fear, and he could be starting for the Lions for the rest of the Fantasy season. He has thrown for three TDs and rushed for 88 yards and a score in his first two starts.