WhiffedOn: The Best Undrafted 11… and Why! 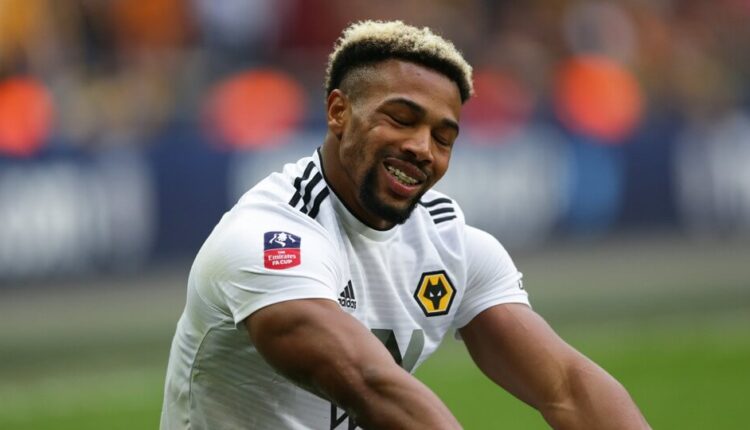 On August 9, three hours before Liverpool and Norwich City were set to kick off the 2019-20 Premier League season, I took part in a Fantrax draft for a “Zombie League”. There are a number of different meanings of a Zombie league, but in this case, it meant a league where the only thing that each person does for the season is draft…absolutely nothing else – no waivers, no free agents, no trades, not even any lineup changes. You do the draft, and then you sit back until the end of the season, waiting to crown the winner. Now, obviously this misses out on 99% of the fun (and 90% of the skill?) involved in Fantrax fantasy, but it is a fascinating experiment. It’s essentially a competition on who can predict the season the best and apply those predictions to fantasy strategy.

Recently, Tottiandor posted an interesting tweet about a few of the players who went completely undrafted in our Zombie league. This led me to look into this a bit further and, as a consequence, write this piece delving into the names a little deeper. So here you have the “Whiffed-On 11” – the best team that 12 Fantrax managers somehow managed to forget, ignore, or underestimate way back when Liverpool hadn’t taken even a single step on their path to domestic dominance. Oh, and I’ll try to give some reasons why…let me know on Twitter if you agree! 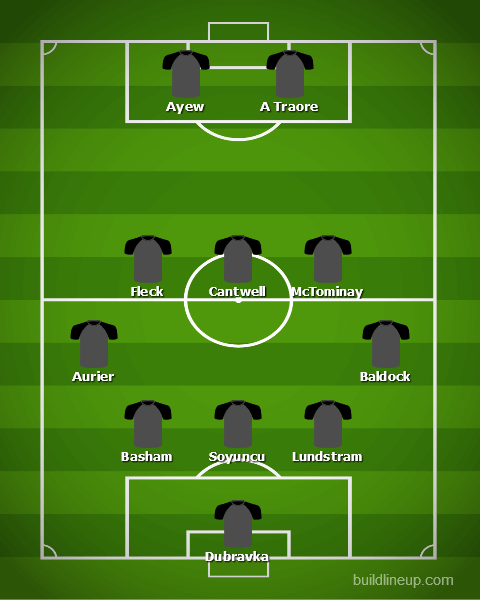 Note, the above “best” players are based on Total Fantasy Points, using a Togga scoring system. The first eligible formation was chosen, so whilst Egan, Burn, Pope, and Willems all have more points than McTominay, they are not included as you cannot field a 6-2-2 (or multiple goalkeepers!).

Great one to start things off – we all whiffed on the number 1 fantasy goalkeeper in the league! Goalkeepers are notoriously difficult to gauge in fantasy football – but check out these awesome articles that try to help 😉 – and this year has probably proven this more than any other. None of the first five goalkeepers drafted (Allison in the 4th round; Ederson 6th, Pickford 7th, Lloris 8th, or de Gea 9th) even make it into the top 10. To be fair, nobody saw Newcastle Perhaps Fortunate United (I assume that’s their new name given the articles I read after every game they play) doing what they are doing under Steve Bruce. And last season Dubravka’s 5.4 FP/G wasn’t exactly anything to write home about either. Whiffing on this one, whilst spectacular, is very understandable.

Is there a more unloved player in Fantrax fantasy football than Serge Aurier right now? This guy is the 10th highest scoring defender in the league and he didn’t play for the first four games. His FP/G trails only the best right back in the world and a fraudulent “left back” who has only played 8 games. He even seems to be disliked by his own fans, despite WhoScored having him as Tottenham’s second-best player this season. But whilst Mourinho seems to love him, the same could not have been said about Spurs’ manager at the start of the season, Mauricio Pochettino. Back then, the now-MIA Kyle Walker-Peters was predicted to be the starting choice right back, and it actually proved to be the case for the first few games. You can’t blame people for not drafting a backup right back…but should we really have believed KWP would hold down that place?

The first of four Sheffield United players in the team. And the reason why Basham and his brothers made it into the Whiffed-On 11 is pretty simple. Nobody knew Sheffield United would be this good. I think there’s a strong argument to be made that people judged Sheffield United because they are not exactly a “fashionable” club (apologies Blades fans, but it’s true). Norwich won the Championship and Aston Villa is still a big name, and both had noticeable *attacking* talismen (Buendia/Pukki and Grealish/Abraham). We regularly get told that to stay up, you need a goalscorer, and Sheffield United (whilst they did have Billy Sharp) was very much built on a strong defense. Would that strong defense hold out against Aubameyang, Zaha, Richarlison, and Felipe Anderson? It turns out, it would.

Ten of the eleven players in this team fit the bill of either a) didn’t realize they/their team would be this good, or b) not sure whether they would be a regular starter. Soyuncu, in my opinion, is the one who doesn’t fit either. As a reminder, this draft was done post-Maguire-to-United, and so the only other center-backs Leicester had were Jonny Evans and 75-year-old Wes Morgan. The Turkish international was still young, had cost the club £19m the previous summer, and was impressing big time during pre-season. What’s more, a lot of people correctly foresaw Leicester being very good this season. The only explanation I can think of – other than the misguided belief that he might not play – is that center-backs are generally not perceived to be as valuable as fullbacks. There are only so many draft spots in fairness, and a mid-to-bottom-half fullback may indeed be preferential to a mid-to-top-half center-back. Still, for me, this is the biggest whiff of the season.

The next Blade on the list is three-goal, three-assist “defender” Lundstram. Why exactly he’s down as a defender is anybody’s guess, but even if he were classified correctly as a midfielder, he’d still easily make this team. The misclassification actually meant he was quite a popular option from day one in traditional FPL (*shudder*) but the more nuanced points used in Togga scoring perhaps led to managers undervaluing him. Again, if you don’t think Sheffield United is going to keep many clean sheets, you’re essentially drafting a defensive midfielder with the potential for negative points. When you put it like that, you can see why he went undrafted.

It might be worth, at this point, to actually mention which Sheffield United players did get drafted. There were just four in total – Stevens, O’Connell, Norwood, and Henderson. So for many of the reasons listed above as to why Basham and Lundstram didn’t get drafted, feel free to apply them here too. In addition, Baldock was, statistically speaking, the weakest part of Sheffield United’s excellent defense last season, by some distance. A couple of injuries meant he only started 26 games, and in that time he accumulated just the one goal and two assists…he has two goals and four assists already in the Premier League. He had a 6.82 average rating from WhoScored, which is the same as Aston Villa’s right fullback Ahmed El Mohamady. El Mohamady has 47 total fantasy points this season.

So far I’ve basically excused all members of the Zombie league for whiffing on Sheffield United players. But I think Fleck might be the exception. He was the 20th best player in the Championship last year, 3rd best for Sheffield United, had 10 assists and 2 goals, and played all but one game for the club. With those numbers, perhaps you’d expect one person to take a chance in the lower rounds, a bit like how FF Genie took a punt on teammate Oliver Norwood. That paid off (184 FPts at a very solid and consistent 8 FP/G), and Fleck is outperforming Norwood across a lot of categories.

I can’t speak for others, but personally, my knowledge of Norwich City is 90% “Let’s Be Aving You!!” and 10% Present Day stuff. Which meant a player like Cantwell went very much under the radar. Fortunately, however, fellow Fantrax writers (and big Norwich fans) the FFChaps have been able to enlighten me a little as to why the midfield maestro went undrafted. Basically, he’s made a huge jump from the player he was in the Championship to the player he is now – very much unforeseeable, even during pre-season. Last year in England’s second-tier he started just 18 games (the season is 46 games long) scoring only one goal and assisting just two. These are not the Grealish/Buendia/Norwood numbers that suggest a Premier League talent, and definitely not one that you would consider drafting.

McTominay may have only just scraped it into this team, but that’s mainly down to his recent absence through injury – his FP/G is actually sixth-best. His fantasy numbers are very well rounded and bear a striking resemblance to Ruben Neves, who was drafted in the 7th round. But whilst he has been one of United’s few bright sparks this season, back in August, his place amongst the starting 11 didn’t seem guaranteed. There were some signs that he might cement a spot – notably that he played in 5 of United’s final 7 games in the previous season, scoring twice – but with Pogba, Matic, and Fred all able to play there too, it made sense to be wary.

The fact that he’s a defensive midfielder shouldn’t have impacted anything, after all, everyone knew the format was Togga scoring, and the likes of Ndidi (current FP/G of 9.28) went in the 6th round, and Ndombele (6.5) went in the 7th round. I think if you are an avid Manchester United fan who has seen the talent this guy has more than others (and therefore that he is miles better than Matic and Fred), then it’s clear he should’ve been drafted; everyone else maybe gets excused.

Like Aurier, McTominay, and the guy below, the smart money was probably not on Jordan Ayew to be a regular starter. Indeed, Palace’s only other forward at the time, Benteke, was taken in the 11th round. As a Villa supporter, I think I’ve seen both more than most people, and I would have Benteke leading the line over Ayew every day of the week. But who am I to question Roy Hodgson? The ex-England manager has trusted Ayew, and it’s paid off with six goals helping Palace sit comfortably in ninth place. Last season the Ghanaian scored once and assisted twice in fourteen starts, with a 4.9 FP/G, so it shouldn’t come as too much of a surprise that he went undrafted this season.

The undoubted MVP of this team is Wolves forward Adama Traore. His 324.50 points are fourth-most in the league, ahead of Salah (1st overall pick), Sterling (3rd), Aubameyang (5th), and obviously many, many more stars of the game. But let’s not get all Captain Hindsight and think that this was always in the script. It wasn’t, and anyone who says it was is either lying or has been borrowing Marty McFly’s DeLorean. Traore started just 8 times for Wolves last season, but it wasn’t like he was injured or anything (he came on as a substitute 21 times); Nuno just didn’t fancy him. And in those appearances, he scored one goal and assisted one.

Personally – and this may be a controversial opinion – he doesn’t pass the eye test either. I don’t actually think he’s that good a footballer; he just suits Wolves’ style and the Togga scoring format. I’ve been wrong before though (cough – I once thought Yaya Sanogo was going to be the next big thing – cough). Having said all of that, perhaps there was a small clue as to Traore’s potential superstar fantasy status. Whilst his FP/G last season was very low (5.1), his PP90 was actually exceptional – and very similar to what we are seeing now – at 14.92. Maybe somebody should have looked at that and thought, given the additional Europa league fixtures, Traore would get more game time and therefore more points.

There are many ways to run your team in Fantrax Fantasy EPL. Some are more cliched than others. Which of the 12 types of manager are you?