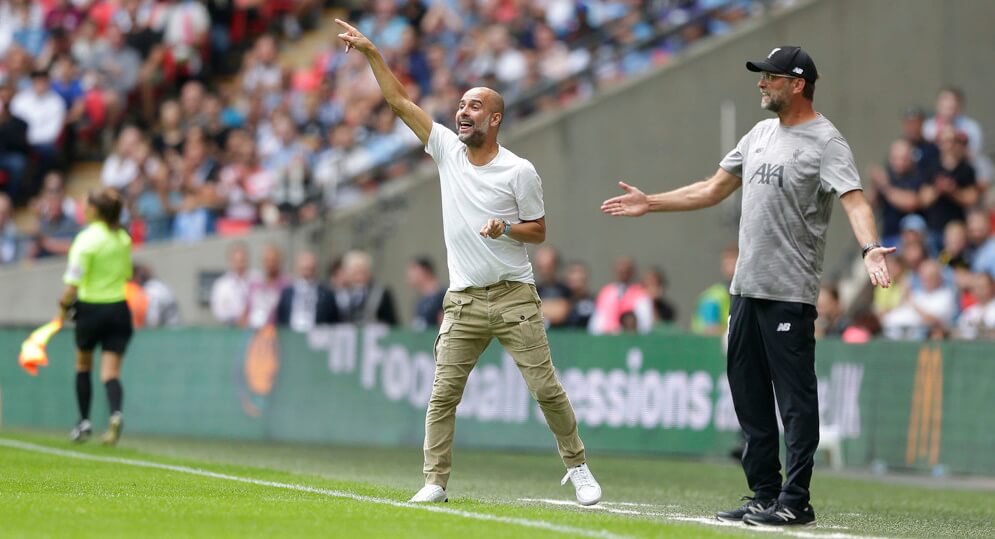 It’s the dreaded international break, so let’s have something a little different this week. No statistics, no data, just some observations. In the world of Fantrax Fantasy Soccer, there are certain types of managers…

The One Who Only Sings When He’s Winning

We’re only 30 minutes into the 3 o’clock kick-offs and you’ve already received texts from him gloating about the goal his left back has scored and the red card your striker has been given. Yes, he may be 40 points ahead of you now, but he’s failed to notice (or care?) that all five of your midfielders play tomorrow. Come 6:00 pm Sunday and it has all gone quiet on the social front: no texts, no responses on the group chat…he’s probably even pretending he hadn’t checked his team this weekend.

Every day is transfer deadline day in the eyes of the wheeler-dealer. This guy has his waiver list full of 12 different players waiting every Tuesday morning and makes trades like they’re going out of fashion. One-on-one trades are offered to you on a weekly basis, but every now and again he’ll throw in a trade extravaganza: 2 midfielders, a goalkeeper, and a forward for 3 of your defenders. It makes no sense to you but he knows what he’s doing. Only two players remain from his original draft squad, and even they’ve been offered out on a couple of occasions. Harry Redknapp would be proud.

It doesn’t matter that he’s got a 1-7 record, he still GENUINELY believes he will beat you this week. And he lets you know too. Whilst many in his league position tend to keep quiet for fear of ridicule, this guy embraces it. Not afraid to trade punches, he always has an explanation for how he lost… And a new plan for next week that is bound to work. The trouble is, it’s actually pretty convincing, meaning you spend the week leading up to your matchup with him sure that you’re going to have the ultimate embarrassment of actually losing to him. Then Sunday evening comes and you realize it’s just business as usual.

There’s actually two types of “unlucky one”; the one you feel sympathy for, and the one you don’t. The difference usually lies in how much they tell you about their misfortunes. Nobody has time for that guy that tells you how he’d have beaten nine other teams this week had he played them, or how his bench scored 50 points. But the guy that stays quiet despite having his opponent score over 140 points for three consecutive weeks, or who doesn’t say a word despite drafting Sane, Laporte, Lloris, and Deeney…that’s the guy you feel sorry for. Unfortunately, he’s probably 10th in the league whereas the other guy is probably 3rd.

This guy’s middle name is scandal. Always looking for underhanded ways to get an advantage, he will stop at nothing to get the W each week. You still hold the grudge from last season when you sent a trade on Friday, only for him to accept it at 2:59 pm on Saturday – leaving you with precisely one minute to make the necessary lineup changes. He got someone else even better this year though. A trade where he gave away R. Jimenez in exchange for Jack Grealish seems pretty fair…until you find out that R. Jimenez is actually West Ham backup goalkeeper Roberto Jimenez. You feel sorry for the Commissioner who has to deal with that fallout.

Nobody wants an odd-numbered league. They don’t work (well, technically they do, but who wants to play against “league average”?). So it’s inevitable that in many leagues the commissioner will have been forced to phone around last minute to see who can fill in for Dave who’s decided his career needs to be put ahead of fantasy football this season. This normally ends up being a friend of a friend, or a work colleague, or a distant family member. Whatever the case, it’s not as good. No banter can be had with this one on the Friday before your head to head. And no sarcastic commiserations can be sent on Monday when you’ve beaten them. It’s just not the same. If you’re not sure who it is in your league, then it’s probably you.

No, not the really smart guy on daytime television. This is the guy that started off 0-8 but is now making a charge. He’s finally gotten his head around the Fantrax revolution; where ball-winning midfielders dine like kings and Erik Pieters is a knight in shining armor. He’s clocked the scoring system, figured out the waivers, made notes on the strategies, and is following all the right people on Twitter. The hard yards have been put in and now he’s making his move. It helps that he’s first on the waiver wire to begin with, but even then he’s picking up players and making changes that have started winning him games. If he’d done this from the beginning he’d be a real threat, but you’re probably safe this year. Watch out next year though.

The eternal struggle between head and heart will forever torment every Fantrax manager… except for this one. They stay true to their real-world team and draft only them. Yes, Newcastle United plays boring, defensive football, but they live and breathe the Toon Army and need to have Ritchie, Lascelles, Shelvey, Lejeune, and Almiron in their squad. It doesn’t matter that half of them are injured either, he’ll just pick up Hayden and Yedlin for free – he’s sure (and rightly so) that nobody else will have thought to get them. A lot of respect for this manager, but not a lot of points.

You often forget this guy’s even in the league, but don’t let that fool you. He hasn’t disappeared like old Dave; he just likes to stay behind the scenes. He plays his cards close to his chest and doesn’t get engaged with much of the chat before and after. He does his talking on the pitch and is a dangerous opponent. You might hear from him twice during the season; once at the start to confirm the date and time of the draft, and then next when it’s all done and dusted and he’s finished at the top.

In every league, there’s that one person who, quite simply, is just not very good. It’s not that they lack football knowledge per se…they just haven’t worked out the little tactics that are fundamental to success. They have two goalkeepers for starters. They stick by players who are out injured for six months. They are so reactionary in the waiver market that the horse hasn’t just bolted before they’ve closed the door, it’s done five laps of Aintree. El Mohamady scores 19 points in week 2…that’s him picked up. Masuaku gets 30 in week 4…he’s for sure brought in. Is that Javier Manquillo scoring 17 in week 6? Better snap him up before anyone else does. The list of free agent fails is endless, and so are the losses.

If Fantrax were Football Manager, this guy would be unbeaten. It’s not. Therefore he’s 11th. He’s the guy that drafted Rodrigo in the first round because protecting the backline is integral to success. He has Wes Morgan in the side for his leadership abilities and keeps James Milner in the squad because he’s an experienced head. Whilst some teams have defenses made up of 4 left backs, or midfields made up entirely of wingers, this guy plays it straight: a balanced attack and a strong spine to the team is the number one priority. 3-4-3? Not a chance.

A combination of five losses in his first six games, injuries to his first two draft picks, and a new girlfriend (the main reason) has led to this guy pretty much quitting the league. It was an effort finding 12 players in the first place, let alone someone to come in and take over a team that’s now 1-7 and still has Henrikh Mkhitaryan and Alexis Sanchez in the squad. Probably more annoyingly he’s got 1 or 2 players that could be quite useful in your team, but there’s no chance of him logging in now to look at any trades. The only thing you can do now is hope you don’t have the ultimate embarrassment of losing to him…which will inevitably happen to a couple of people.

Which type of manager are you? Let us know in the comments below.