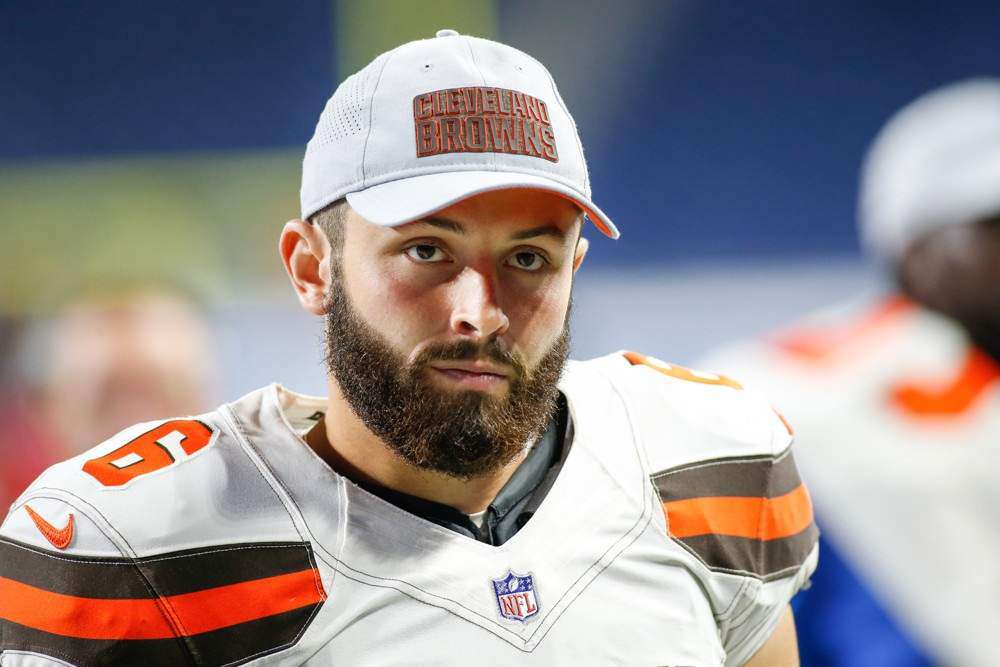 The biggest news of the week on the injury front unfortunately comes out of San Francisco as they lost Jimmy Garoppolo for the rest of the season. Garoppolo suffered a torn ACL in the loss to Kansas City and will reportedly undergo surgery in the next couple weeks. Tough news for Jimmy G and the 49ers as well as fantasy owners. Lucky for you, the QB position is one of the easiest to find a replacement. Week 3 was a week where we lost a big name, but gained an even bigger one in Baker Mayfield. Below are a list of Week 4 Waiver Wire suggestions.

You will not see Calvin Ridley below as he’s owned in more than 60 percent of Fantrax leagues.  Chris Godwin has been talked about for weeks leading into the season a prime breakout, so he doesn’t make an appearance either. He does, however, have a touchdown in every game.

What an incredible story we witnessed last Thursday night as the Cleveland Browns were down 14-0 when Baker Mayfield came into the game and he led his team to a 21-17 win. It was Cleveland’s first win in over 600 days. Mayfield looked very impressive as well. He finished 17 for 23, for 201 yards. Mayfield was able to move the offense and he made great throws in tight windows. He looked really good. The run game with Carlos Hyde also looked very promising. Another big takeaway for me was that Antonio Callaway had 10 targets to Rishard Higgins’ three. If you lost Jimmy Garoppolo or have Cam Newton on bye, Mayfield is a solid option. Neil Parker and I talked about his outlook going forward on the latest episode of By Any Means Necessary.

The following quarterbacks could help replace Jimmy G and should be rostered in two-quarterback leagues.

Tannehill has the best matchup against the Patriots and is likely already owned in two QB leagues. He’s your best bet to replace Garoppolo this week and Winston may be your best long term bet. Ryan Fitzpatrick did not look good Monday night against the Steelers and Winston is eligible to return from his three game suspension.

Tyler Boyd was in my waiver wire piece last week and he jumped up 40 percent with his strong Week 2 showing. He backed it up in Week 3 and will no doubt he grabbed in every league now. Boyd pulled in six of his seven targets for 132 yards and a touchdown. He has 15 catches on 21 targets for 249 and two touchdowns. Boyd looks really good running his routes out of the slot and Andy Dalton is locked into him. Keep an eye on the status of A.J. Green this week.

Antonio Callaway was also in last week’s waiver wire piece. I said that it wouldn’t take long for Callaway to receive more work in the passing game than Rishard Higgins and that’s what we saw in Week 3. He dropped a couple passes, but finished second on the team with 10 targets last week, while Higgins only had three. Now Callaway gets to catch passes from Baker Mayfield.

Christian Kirk had the best game of his short career in Week 3 as he caught seven of his eight targets for 90 yards. He has reeled in 12 of his 15 targets for 121 yards. Kirk will see an upgrade in the passing game with the change at QB as Josh Rosen is expected to start in Week 4 in place of Sam Bradford. Kirk is hardly worthy of a spot in 10-team leagues and hasn’t been thought of in 12-team formats, but he should be now. Kirk is a decent stash

Hopefully you didn’t cut ties with Alfred Morris just yet. With Matt Breida potentially sidelined due to a knee injury and Garoppolo out for the season, Morris is about to get a ton of work. He suffered an injury last week as well, so keep an eye on his status before you go spending all your bucks.

Chris Ivory is a not a sexy pick up and he’s hardly worthy of a start. In fact, you can’t feel good about starting him ever. Even with LeSean McCoy sidelined. For the people in deep formats, and account for rushing attempts, Ivory has decent value. He touched the ball 23 times for 127 yards last week, filling in for the injured McCoy. There’s also a good chance McCoy returns this week.

Dallas Goedert had one catch in Week 1 and wasn’t a factor at all in Week 2. He was a huge factor in Week 3 in what was Carson Wentz’s first game of the season. Goedert caught all seven of his targets for 73 yards and a touchdown. 12 of Wentz’s 25 completions were to his two tight ends in Goedert and Zach Ertz. Both had 73 yards, but it was Goedert who had a team-high seven catches. It’ll be hard to start Goedert with any kind of confidence, but consider him in deeper formats as it looks like Alshon Jeffery is still weeks away. As soon as Jeffery returns, those targets will disappear. For now, you may be able to get by rostering him if you owned Evan Engram. It’s a short term solution. Goedert is a weapon and Wentz made good use out of him last week.

Last week’s game against the Colts was another example of Doug Perderson using all of his running backs. With Jay Ajayi and Darren Sproles sidelined in Week 3, a lot of the attention was directed to Corey Clement and although he had a strong game, Smallwood was just as involved. Smallwood had 10 carries for 56 yards, scored a rushing touchdown and had three catches. Clement also had 56 rushing yards and three catches, but he led with 19 overall touches. Even Josh Adams had six carries for 30 yards. Ajayi and Sproles are expected to play in Week 4 against the Titans, but keep this in mind going forward. Pederson has only given one running back the ball 20 times in his three years as a coach and that was Ryan Mathews.

Like these Week 4 Waiver Wire Pickups? Get more Chris Meaney on his new podcast, By Any Means. Each week he’ll bring in guests from around the industry to break down all the fantasy news you need to know for your march to the championship.