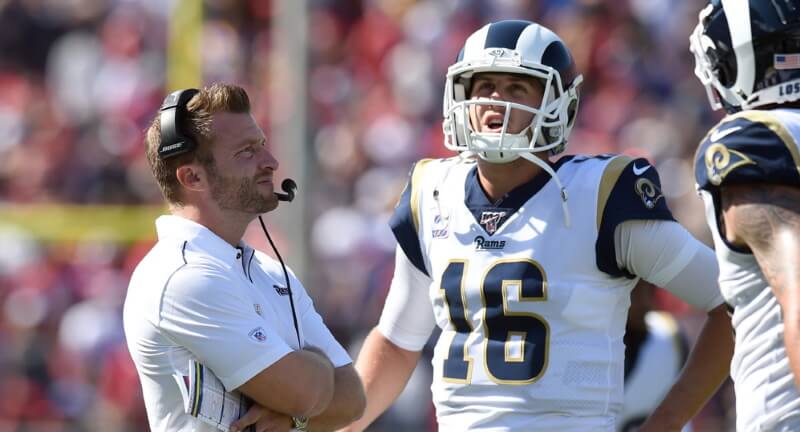 Grab your notepad, or your phone, because this isn’t 1990, and take a good look at my Week 4 Fantasy Football Rankings for standard scoring.

I have to tip my hat to all of you who predicted Cedrick Wilson’s big breakout game last week. All zero of you deserve a big pat on the back. What an odd week it was at the wide receiver position. Among the top four receivers last week, three members were Allen Lazard, Justin Jefferson, and the illustrious, aforementioned Wilson. Moving forward, let’s hope for some normalcy in Week 4.

As is the same with every week, there are multiple guys that I’ve significantly shuffled around my rankings. Takes Jaguars running back, James Robinson, for instance. Following last week’s fantasy bonanza against the Dolphins on Thursday night, Robinson lands just one spot outside of my top 12 running backs. His opponent, the Cincinnati Bengals, is giving up the second-most rushing yards per game in the league. Adding to that delectable nugget, they’re also bottom five in rushing touchdowns given up. Any running back averaging just under 20 touches a game versus Cincinnati’s marshmallow defensive front is a locked-and-loaded start for me.

In the same game, rookie quarterback, Joe Burrow, is a nice streaming option (foreshadow for tomorrow’s article). Look, I’m an LSU lover, so I’m going to do my best to keep the gushing to a minimum. Jacksonville is currently allowing quarterbacks to hang 25o passing yards and two touchdowns over their heads. Up to this point, Burrow has put together both a QB10 performance and a QB13 showing respectively. He’s not someone you’re prioritizing over the Matt Ryan’s or Jared Goff’s of the world, but you could do much worse searching the waiver wire.

In the opposite direction, Mike Gesicki was a name I struggled with. Currently, he’s my TE6, but that may change depending on the health status of Jamal Adams. Seattle’s star safety is dealing with a groin strain that’s threatening to keep him sidelined this week against the Dolphins. I’ll update my rankings later in the week, but if Adams is in, Gesicki may move down a spot or two.

Well, now that we’re talking about the Dolphins/Seahawks matchup…

Seattle is currently allowing the most passing yards per game of any team in the league, and folks, second place isn’t even close. Coming in at 430 yards given up per game, Seattle is a juicy matchup for Miami’s receivers. While I’ve got Preston Williams as a low-end WR3, keep him in mind as a sneaky sleeper that could help you in a pinch.

I know you’re craving more of my voice, and hey I get it, but I must depart you now. I’ll be coming at you with sleepers and streamers, as well as start and sit decisions later this week. For now, enjoy my Week 4 fantasy football rankings.