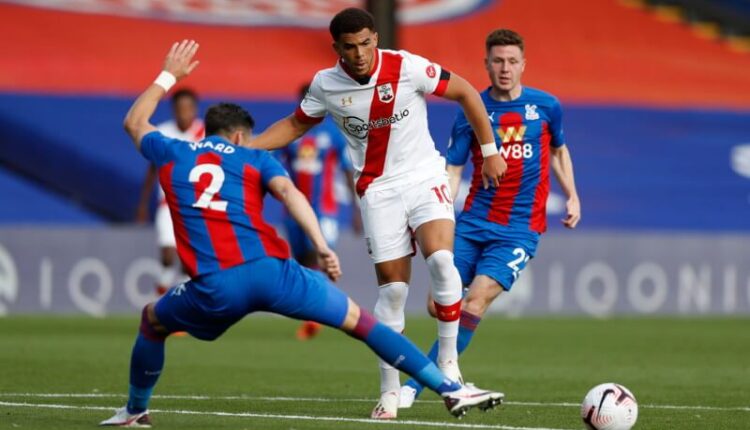 Our Gameweek 4 Sleepers XI article provides Fantrax managers with a lineup of Fantasy EPL hidden gems. Our starting eleven of Draft Premier League differential picks will help you find a golden ticket to a big score this weekend! These hints and tips will give you a better chance of picking up an all-important victory, as one of our Fantasy EPL sleeper picks could easily make the difference in a Head-to-Head game!

For this article, we use the ownership statistics from Fantrax.  Our only rule is that each player we highlight is required to have ownership of 60% or below at the time of writing. Therefore there’s a good chance these players will be free agents in your Fantrax Draft League!

Prospects: Karl Darlow is a genuine fantasy asset. This is what Fantrax and the draft format is all about! The Newcastle reserve goalkeeper produced an insane score of 21.5 points in Gameweek 3 after making 11 saves during the 1-1 draw with Tottenham. This score sent Darlow to the top of the standings for goalkeepers after a couple of solid performances during his first two games. The Newcastle man will make saves. And hopefully, The Magpies won’t concede too many goals. This is what makes Darlow a good Fantrax asset, and why I’ve signed him in the @FPLKickaround league ahead of Gameweek 4. Newcastle face Burnley this weekend where save points and a clean sheet is on the cards!

Prospects: If you can still get on board the Everton train, I recommend that you do so! Yerra Mina has performed pretty well during the first few games of the season, but his ownership sits below my 60% threshold for the Gameweek 4 Sleepers XI. And this is despite the fact that Mina has a favorable game against Brighton this weekend. The Colombian is obviously great in the air due to his size, and he should have a few opportunities to pick off long balls played up to the smaller Brighton strike-force. Aerial wins and clearances should boost Mina’s score to a decent level, and I’m backing Everton for a clean sheet which would send his score into double figures for the third time this season.

Prospects: Last weekend it was a perfect storm for Jannik Vestergaard. A low ownership defender who is great in the air, playing against a team who attack with long balls and don’t score that many goals! I picked up Vestergaard in the Community League when the lineups were announced, and he rewarded me with 18.25 points. When the Danish center-back is starting for the Saints, he’s a must-own player. After a clean sheet and a solid defensive display alongside Bednarek (also a great option), I expect Hassenhutl to stick with Vestergaard. Chap 2 ranked him as certified HOT this week too!

A couple of discussions on Twitter about backing center-backs playing against teams who attack with long balls created this really informative thread between @drafterthoughts and @ovrthnkfootball. Go check it out!

Prospects: Did anyone predict a near 30 point score for Arthur Masuaku in Gameweek 3?! That score for a West Ham defender who is a perennial periphery player is pretty mad. Masuaku always has Fantrax potential due to his all-action style of play, but his erratic performances prevent him from establishing himself in the starting eleven. With the Hammers seemingly moving to a formation that includes wing-backs, this could be the DR Congo international’s time to shine! West Ham face Leicester this weekend, and confidence will be sky-high after defeating Wolves 4-0 last weekend. Caution is required with Masuaku though; West Ham has a horrible fixture list for the next few games.

Prospects: Federico Fernandez gets the nod this week for the exact reason why Vestergaard scored well last week. Newcastle faces a Burnley side who will play long balls up to their strikers. This means that the Newcastle center-backs should benefit from lots of opportunities to win aerial duels. The issue here is that Fernandez and Lascelles aren’t great in the air, but I’m still backing Fernandez to perform well. Totti has included the Argentinean in his Start and Sit article this week also for this very reason. Burnley has started the season in fairly poor form, but they have been missing key players in Tarkowski, Mee, and Cork. I’m backing the Magpies to keep a clean sheet, and Fernandez to gain around 15 points.

Prospects: A lot of people have been asking us if they should drop Stuart Armstrong to the free-agent pool. We’ve told them all no. The Scottish midfielder put in some really strong Fantrax numbers during the second half of last season, and he’s a Top 50 player for me. I backed him throughout my pre-season Draft Rankings, and I’ll continue to back him. Even if his start to the season has been rather slow (due to recovering from a pre-season injury). This weekend Armstrong’s Southampton side faces a leaky West Brom defence, and I’m backing him to perform well. Sign him up if you can… Gameweek 4 is when Armstrong’s season starts, and he fully justifies a place in my Sleepers XI!

Prospects: I’m giving André-Frank Zambo Anguissa another start this weekend, after a second successive double-digit score. A score of 11.5 points during a dire 3-0 defeat to Aston Villa? Yes that did happen, and it proves that the Cameroonian midfielder can be the real deal in Fantrax. The rumors of his exit from the club continue though, so at the moment I’m not all in on Anguissa. Maybe next week I will be… but by then his ownership will surely be over 60%! Anyway, I digress. If the Fulham midfielder is a free agent in your league, you should sign him if you have a suitable player to drop. Anguissa is a ghost points machine, and it doesn’t matter how badly Fulham play; he’s likely to score well. This weekend the Cottagers face a trip to Wolves. They will lose, but Anguissa will win.

Prospects: John Lundstram’s performances so far this season have gone a little under the radar. The Englishman appears to be back to being a first-choice midfielder, with Oliver Norwood dropping to the bench for the last couple of games. Lundstram was on penalty kick duty in Gameweek 2 (although yes, he did miss), and he produced a double-digit display without any attacking returns during his 64 minutes of action in Gameweek 3.

Looking through the divisions in the Community League, Lundstram is only actually owned in two of the five leagues at the time of writing. But who owns him? None other than Fantrax HQ writers @draftgenie and @tottiandor. My fellow writers are obviously fans, and I am too. Despite Sheffield United’s struggles so far this season, Lundstram has been on decent form. I would have signed him myself if my $0 waiver bid for Ross Barkley didn’t go through on Tuesday (yes, I am bragging about being ahead of the game on that one).

Prospects: Solly March rounds off my midfield, after a really solid start to the season. March had a great Fantrax season during the 18/19 campaign, but it didn’t really happen for him last season. The Englishman suffered from injuries and fitness and was never consistently in Potter’s side. However, this season looks to be different. March is playing at left wing-back and playing really well. His 24 point haul against Manchester United last time around was great, and therefore he gets a call up to my Gameweek 4 Sleepers XI. The Seagulls face a trip to in-form Everton, but don’t be put off by this. March gained a solid 8 points during the Gameweek 1 defeat to Chelsea. A really decent MID4/5 to own in deeper Fantrax leagues.

Prospects: Che Adams has made a solid, not spectacular, start to the season, picking up his first attacking return during the Gameweek 3 victory over Burnley. The English striker was a really strong performer during Project Restart, and I was fairly high on him during this pre-season. Adams has now established himself in the side as the preferred partner to Ings and has gained the trust of his manager. This weekend the Saints face a leaky West Brom defense, and I’m backing Adams to score his first goal of the season. My fellow writer Totti agrees with this, and backed him for his Gameweek 4 Start and Sit article! The former Birmingham City forward will be a decent FWD3 in most leagues.

Prospects: Another Brighton player? Yep. Steven Alzate put in an unbelievable Fantrax performance during the 3-2 defeat to Manchester United in Gameweek 3. The British-Colombian midfielder (yes, I know he’s classified as a forward on Fantrax) produced three key passes, four successful dribbles, and four tackles won en-route to a huge score without any attacking returns. Potter has always been a fan of Alzate, but he struggled with injuries last season. It looks as though he’s firmly established himself in a central midfield role now. Alzate won’t put on a ghost points clinic every week, but he is a solid addition to Fantrax rosters in deeper leagues. Spending $10-$20 FAAB dollars on him is too much, but if you picked him up for $1-$5, or even signed him as a free agent, you’ll be pleased with your investment.

Our Reserve XI features even more low ownership gems in addition to our Gameweek 4 Sleepers XI above!

Did you enjoy these Gameweek 4 Sleepers? Follow The Fantasy Football Chaps on Twitter @TheFFChaps for all the latest!