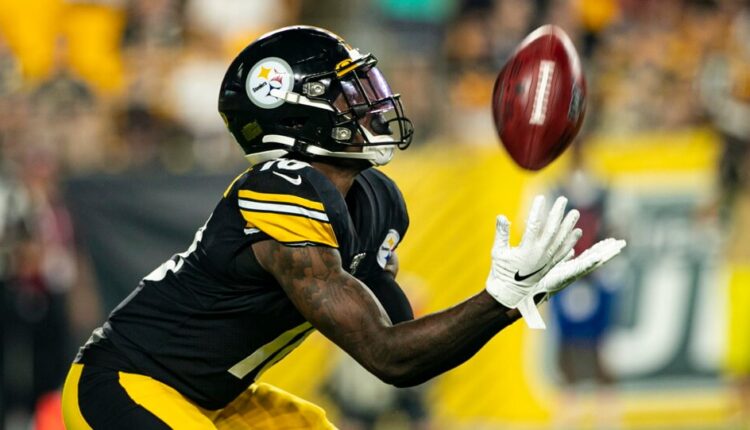 If your league uses a Free Agent Acquisition Budget then you might see one team blow a lot of its Week 4 FAAB budget on a player with no apparent upside and possibly just RB3 appeal in most leagues. It is highly likely that the Saquon Barkley owner did not handcuff Wayne Gallman, and is going to be forced to bid aggressively on the Giants’ replacement for their lead back.

Gallman is owned in just 16 percent of FanTrax leagues, a clear illustrator that not enough Fantasy owners roster the direct handcuff of their best RBs. On draft day, many owners actually do obsess about getting a handcuff running back. But then some of them get comfortable that the starter is healthy and cut the backup. Other owners just don’t bother with the handcuff theory at all.

Don’t be forced to liquidate a major chunk of your FAAB if one of your best RBs goes down.Get that top NFL backup to your starter now. Don’t be left in a desperate or uncomfortable situation like many Barkley owners are in this week. Now they have to overspend for a possibly mediocre RB just to fill a hole.

Recommended bids are based on $1000 dollars of FAAB cap, but can be applied to any format. If your league uses a 100 dollar cap just consider the suggested bids at a 10 percent rate. If your league uses a standard waiver run, our obviously preferred free agent candidates can be determined by the recommended FAAB bid amounts. We always urge you to add a dollar or two to your bids to win any close battles for a player’s rights.

Also check out Joel Bartilotta’s Week 4 Waiver Wire Recommendations for more help in getting ready for the week ahead.

Wayne Gallman, Giants (16 percent owned in FanTrax leagues): This is the possible RB3/mediocre type we were discussing, you must have seen that coming. Gallman has seen very limited work in his career so far and figures to be just adequate at best for Fantasy purposes. But if you have to replace Barkley and have limited depth otherwise, he is your top FAAB target this week. Recommended FAAB bid: 50 percent of your budget if you own Barkley, 35 percent if you don’t.

Darrel Williams, Chiefs (13 percent owned): He was a surprise contributor on Sunday when most expected preseason star Darwin Thompson to play extensively in place of the injured Damien Williams. He totaled 109 yards from scrimmage and should at least continue to operate in a timeshare if needed to see significant action again in Week 4. Recommended FAAB Bid: 20 percent of your budget. He may only be a notable contributor for a brief time.

C.J. Prosise, Seahawks (Five percent): He played for a while in the stunning loss to New Orleans, finishing with nine touches. If Rashaad Penny (hamstring) continues to miss time and Chris Carson’s fumbling issues persist, he may be used frequently moving forward. Recommended FAAB Bid: No more than four percent. Injuries may have robbed him of some of his explosiveness from earlier in his career and he is notorious for getting hurt often. He does have some minor PPR appeal if he is needed to continue to fill in as the complement/partner for Carson.

Diontae Johnson (25): He has been pushed up on Pittsburgh’s depth chart and has a lot of promise as a downfield playmaker. Johnson served notice as to what he can accomplish with a 39-yard TD reception against the 49ers. The opportunity created by the departure of Antonio Brown and the quick failure of Donte Moncrief is there. Recommended FAAB Bid: 14 percent of your budget. Most Fantasy people likely won’t believe in this rookie just yet. Make the savvy move to get him. If your league is more aggressive or deeper, add a few bucks.

Adam Humphries, Titans (44): Marcus Mariota finally realized that Humphries was on his team on Sunday, as the Tennessee wideout caught six passes for 93 yards. If Mariota does what he is supposed to, he’ll continue to get him the ball frequently as Tampa Bay QBs used to. Recommended FAAB Bid: 15 percent of your budget. I am not fully confident the consistency will be there.

Paul Richardson, Redskins (22): He finished with eight catches for 83 yards on Monday Night Football and has scored in two consecutive games. Richardson is Washington’s best wideout in terms of experience and playmaking ability combined. Recommended FAAB Bid: Nine percent of your budget. Terry McLaurin is already the clear No. 1 and consistency could be an issue with Richardson.

Taylor Gabriel, Bears (24): He caught three TD passes on Monday Night. There is going to be a reactionary rush to the waiver wire for his free-agent services. Recommended FAAB Bid: Four percent of your budget. We have been teased by Gabriel before and he was never reliable.

Daniel Jones, Giants (46): He was already obviously owned in some leagues, as some owners were impressed with his preseason performances and saw this move coming. But even his existing owners could have not expected a 336-yard outing with four combined TDs in his debut. Jones took advantage of the matchup he was presented with and that instantly makes him worth Fantasy streaming consideration. Recommended FAAB Bid: 35 percent of your budget if you have a QB need to fill immediately, 20 percent if he is not a pressing necessity.

Kyle Allen (12): He threw four TD passes against the Cardinals, and has another friendly matchup next with the Texans. Allen revived a sagging Carolina passing game, making all the correct throws and showing he had a firm understanding of the offense. Recommended FAAB Bid: Many will not be sold on him yet and you should only spend five percent of your budget to land him as a bye week or injury filler.

Jordan Akins, Texans (6): He came through with the best game of his career so far, with 73 yards and two TDs vs. Carolina. Recommended FAAB Bid: Five percent of your budget. He could easily slink back into irrelevance.

Dawson Knox, Bills (11): He may be able to take over as the top receiving TE for Buffalo. He had 67 receiving yards and a TD in Week Three. Recommended FAAB Bid: Five percent. See Akins, Jordan. You have to take a minor shot on these guys at an ultra-thin position, but their performances could be one-week highlights before they disappear for a sizable stretch.

Got questions about your Week 4 FAAB bids? Post them in the comments and Scott will give you his take.