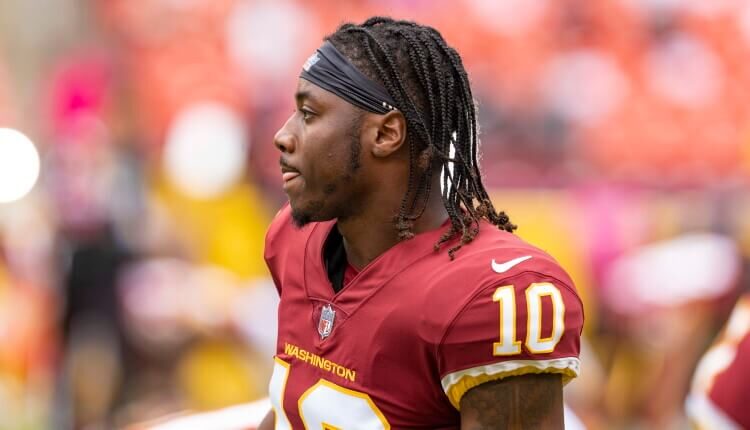 The offensive output in Week 1 left a little something to be desired. There’s no need to panic, as it was just the first week and teams need to shake off some rust. Overall, scoring was a bit down for the top tier fantasy options, but there were some great performances. Justin Jefferson and Ja’Marr Chase both showed out. Saquon Barkley surprisingly outperformed Derrick Henry in the Giants-Titans matchup. All-in-all there was a ton of information that we can take away from Week 1. For the purpose of identifying potential Week 2 sleepers, we’ll focus in on targets and snap counts.

WR, Amari Cooper was expected to dominate the targets in Cleveland. This turned out to not be the case in Week 1. Peoples-Jones and Cooper were both on the field for 83% of the snaps. However, it was the former who out-targeted Cooper 11 to 6. DPJ was more productive with his looks as well, reeling in 6 grabs for 60 yards. Between Cooper and DPJ, it seems that Donovan Peoples-Jones has formed a better playing relationship with Jacoby Brissett.

If DPJ is able to carry this momentum into next week, he should be in for a huge game. Next week, the Browns’ WR corps gets to square off against a Jet’s secondary that just gave up 3 touchdowns through the air to the Baltimore Ravens. Rashod Bateman accounted for one score, while Devin Duvernay was able to find the painted area twice. Donovan Peoples-Jones is easily a stronger wide receiver than Duvernay, making him one of the Week 2 sleepers that will be hard to ignore.

Holy smokes, who saw this one coming? Perhaps the most shocking of my Week 2 sleepers, Curtis Samuel made himself known right from the opening drive. On said drive, Samuel had seven touches including a three-yard touchdown. Not only did Curtis get 11 targets from Wentz, but Ron Rivera also gave him 4 chances to carry the ball as well. Although he lost a fumble, Samuel proved that he could be counted on by securing five first-down receptions. A guy who can move the chains for you is always going to find himself on the field. That theory held up in this one as Samuel was on the field for 71% of the team’s snaps as the WR3.

Curtis Samuel returned after a season hindered by hamstring and groin injuries to do this — in just the 1st quarter pic.twitter.com/kmVfq0DDRJ

Samuel was on the field less than Dotson (88%), and it was Dotson that also had a pair of scores. But there seems to be room in this new-look Commanders offense for more than one star under QB, Carson Wentz. Week 2 sleeper Curtis Samuel gets a Lion’s secondary responsible for allowing 243 receiving yards last week to Jalen Hurts and the Philadelphia Eagles. That should leave Samuel with plenty of room to operate. Hopefully, Dotson’s huge performance will cause the masses to ignore Samuel, leaving him on the waiver wire for you to grab and throw into your lineup.

Told you so. If you paid attention to our Fantrax Draft Kit, you would have known that I named Hayden Hurst as a TE sleeper candidate for the 2022 season. I also told y’all about Gerald Everett, who went 3-54 with a tuddy, but I digress. Who were we talking about? Oh, yeah, that’s right, Hayden Hurst. Mr. Eight target, 5 catch Hayden Hurst I should say. Hayden’s 8 targets we’re behind only Ja’Marr Chase and Joe Mixon in this one. That is very encouraging for a TE whom many others projected as the fourth-best passing option on this team. Tee Higgins did have to leave the game early in this one, but it was still nice to see Joe Burrow click with his new tight end.

Hayden Hurst’s Week 2 sleeper status relies on that of Tee Higgins. Tee is currently in the NFL’s concussion protocol after he walked off the field noticeably banged up following inadvertent helmet-to-helmet contact from a Steelers defender. The Bengals’ offense gets a juicy Week 2 matchup against a Dallas defense that could be put in a lot of bad positions due to the loss of their starting QB, Dak Prescott. This is a great spot for the defending AFC Champions to rebound.

Beautiful toe tap from Hayden Hurst as the Bengals drive in OT! pic.twitter.com/wSLDHSzVIP

First play of the young 2022-2023 NFL season and Christian Watson drops a potential 75-yard touchdown from the former NFL MVP Quarterback, Aaron Rodgers. Not a good way to start at all. Aaron Rodgers certainly let the young WR know that he was unhappy, as he only gave the rookie 3 more looks throughout the game. It sucked to see Watson drop the ball, but it was promising to see him get behind the defense so easily. While Aaron Rodgers may have been punishing Watson, the Green Bay coaching staff did not. Christian Watson, was still on the field for 66% of the snaps. Five Packer WRs accounted for an abysmal 120 combined receiving yards. Clearly Aaron Rodgers has not found his guy yet. Both rookies, Watson and Romeo Doubs led the WR room in yards. Doubs had 37 yards on 4 receptions, while Watson did 34 yards worth of damage on just 2 catches. Watson also added one rush for 7 yards.

“I still own you”

Seeing as Aaron Rodgers “owns the Bears” he’s going to need his WRs to start producing, or he could be in for another embarrassing night. During Aaron’s final drive of the night, he was really trying his best to put some points on the board. In doing so, he put the first play of the game aside and began targeting Christian Watson again. Watson has the potential to lead all Week 2 sleepers if Rodgers can find it in his heart to trust the rookie one more time.

Hey, we’re talking about Week 2 sleepers here. So why are you surprised to see Rex make the list? From a usage standpoint, the man had an unbelievable Week 1. He touched the ball 19 times on a total 22 looks. He finished with 40 rush yards and 5 receptions for an additional 30 yards. So much for all of those Daemon Pierce discount memes. There are reports already that the Texans plan to increase rookie’s workload going forward, so don’t go blowing your waiver priority to pick him up. But if he clears waivers, he could be an interesting dart throw for the desperate.