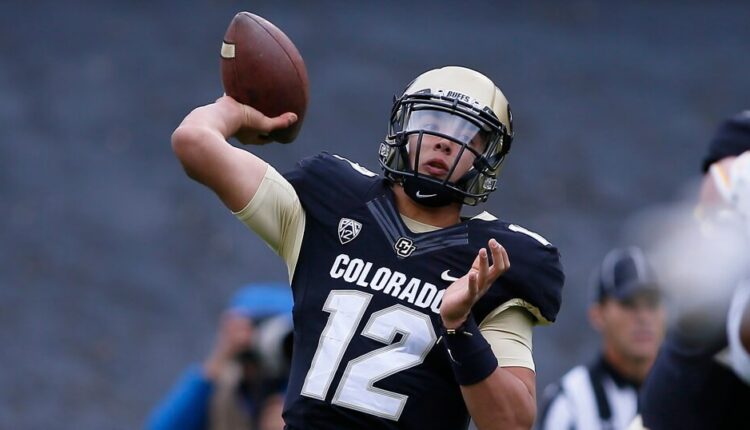 John Laub presents the Scholar’s Surreptitious Starters, a look at the top college fantasy football sleepers for Week 2 of the NCAA Football season.

The junior signal-caller replaced Justice Hansen and embraced the opportunity last week against SMU, passing for 324 yards and tossing four touchdowns. “The energy Logan brings to workouts, meetings or practice, it’s great. I think he’s ready to take this role and run with it. I’m excited to get to play in front of him all season,” junior center Jacob Still asserted before training camp in the nwaonline.com by Trenton Daeschner. The Red Wolves lost their best receiver, Kirk Merritt, after a painful helmet shot, but the aerial assault remained airborne versus the Mustangs. Omar Bayless and Brandon Bowling rose to the occasion, combining for 22 catches for 224 yards and four touchdowns. Arkansas State has provided plenty of solid fantasy options over the past three seasons, and the offense is airborne again with Bonner piloting the plane. Grab Bonner now while he still available.

Over the past two seasons, Steven Montez has been one of my favorite streaming options since he is wildly inconsistent. Despite the up-and-down performances, the Senior has produced over 20 points in 14 games and totaled more than 30 points five times. Fortunately, Montez is in a very good spot to thrive on Saturday. The Cornhuskers’ pass defense surrendered 231 passing yards and two touchdowns against South Alabama quarterback Cephus Johnson last week. As a home underdog, the Buffaloes should be throwing all four quarters versus Nebraska, and Montez easily exceeds 300 yards passing and two touchdowns.

The Beavers and Rainbows offenses combined for 81 points in their first games of the season: Hawaii beat Arizona 45-38 and Oregon lost to Oklahoma State 52-36. Las Vegas forecasts another offensive explosion this weekend. Senior Jake Luton completed 23 of 42 passes for 251 yards and three touchdowns versus the Cowboys. Whenever I pinpoint a quarterback commanding an underdog on the road, I am interested. The Beavers’ field general is worth inserting into lineups this week as he accumulates 300 yards passing and three touchdowns.

Against Florida, DeeJay Dallas looked like the best player on the Hurricanes: He dominated the Gators with 94 yards rushing on only 11 carries and snatched four passes for 37 yards. Dallas also reached the end zone once on a captivating 50-yarder, which showcased his rapid cuts and remarkable sizzle. Playing behind Travis Homer last year, he paced the Hurricanes in all-purpose yards with 1,260. During the offseason, he worked with Miami’s sports psychologist to overcome his fumbling issues and trimmed his body fat to be a better runner. A new father, Dallas has a new perspective on life and football. “How did my son change my perspective on life? I try to look at everything and try to be optimistic about everything. Like I said before, just knowing he’s depending on me, I have to go that extra mile. Stuff I wasn’t doing before, I’ll do now. Just helping out. I’m trying to be ‘that dude’ a little bit,” he said in an interview with Christy Cabrera Chirinos in the sunsentinal.com. Stopping Miami’s ground game will be a challenge for the Tar Heels, and Dallas effortlessly surpasses the century mark and scores again.

The Mustangs have reliably delivered college fantasy footballers with productive players. In order to keep defenses honest against the pass, coach Sonny Dykes relies on a tremendous tandem in the backfield. Ke’Mon Freeman and Xavier Jones are both seniors and have been industrious at times during their SMU campus tenure. Against Arkansas State, the two combined for 142 rushing yards and three touchdowns, which were all scored by Jones. While the passing game with QB Shane Buechele, James Proche and Reggie Roberson, Jr. garner the headlines, astute minds will not ignore SMU’s backfield.

On Wednesday, Memphis announced that Patrick Taylor was ruled out of Saturday’s game and could even miss additional games afterwards, depending on the severity of the injury. Coach Mike Norvell has successfully integrated multiple backs into his scheme, and Kenneth Gainwell will garner plenty of touches. Last week against Mississippi, Gainwell earned 16 carries and corralled six passes for 118 yards from scrimmage. A redshirt freshman, he was a three-year starter at quarterback in high school, totaling 8,412 yards (4,370 rushing and 3,682 passing) and producing 107 touchdowns. An FCS program, the Jaguars play in the South Western Athletic Conference and were easily defeated by TCU and Louisiana Tech last year by a combined 109-24. Memphis will score at least five touchdowns, and Gainwell deserves a roster spot on College Fantasy Football rosters.

How could any college fantasy footballer not be impressed with QB Jamie Newman and the Demon Deacons last Friday evening against Utah State? Newman targeted and connected with sophomore Sage Surratt all night. The sophomore receiver snagged seven passes for 158 yards and a touchdown. A redshirt sophomore, Surratt, 6-foot-3 and 215 pounds, provides Newman with a daunting weapon, and defensive coordinators are going to have a difficult time slowing down the Wake Forest’ aerial assault. The Owls held Army to only two touchdowns last week; however, the Demon Deacons provide a much greater challenge. The Black Knights run a triple-option offense with a limited passing game while the Deacons attack opponents on all levels and zones of the defense—horizontally and vertically—in the air. Surratt exceeds the century mark for the second consecutive contest on Friday against Rice.

I did not expect quarterback Jacob Eason to shine so brightly in his debut versus Eastern Washington. With increased production from the quarterback, the wide receiver corps produced a bounty of fantasy options: Andre Baccellia, Chico McClatcher, and Aaron Fuller. Without reservation, I am most interested in Fuller, who caught five passes for 73 yards and two touchdowns last week. Since taking over the Huskies, coach Chris Petersen has orchestrated a few celebrities at receiver. In 2016, John Ross scored 17 touchdowns on 81 catches, and Dante Pettis notched 22 touchdowns combined in 2016 and 2017. The senior playmaker recorded 58 receptions for 874 yards and four touchdowns last year and was named honorable mention on the preseason All-Pac-12 team. Snatch Fuller now while he is still available in many leagues.

I have played college fantasy football long enough to appreciate the Sun Belt Conference, and its high-scoring offenses: Arkansas State, Appalachian State and UL-Lafayette. There have been a plethorea of waiver wire pickups inserted into lineups that enabled me to grab a much-needed victory. Last year, Ja’Marcus Bradley earned Third-Team All-Sun Belt Conference and started all 14 games. Amazingly, he snatched 10 touchdowns and paced the Ragin’ Cajuns in receiving yards with 608. “What I admire about Ja’Marcus is he plays well without the ball. He’s a tremendous practice player. And he’s a very consistent guy. I mean, you know what you’re getting out of him every day…that consistency, and that discipline, and those practice habits led to great production (last season),” coach Billy Napier stated in theadvertiser.com. Against Mississippi State last week, he continued to illustrate elite skills with six catches for 93 yards. Go grab Bradley and insert him into lineups before the masses catch on to his ability and production.

Fantrax was one of the fastest-growing fantasy sites of 2019. With multi-team trades, designated commissioner/league managers, and drag/drop easy click methods, Fantrax is sure to excite the serious fantasy sports fan – sign up now for a free year at Fantrax.com.